The People's Armed Police is a nationwide paramilitary force responsible for 'handling rebellion, riots, large-scale serious criminal violence, terror attacks and other social safety incidents' according to the Chinese state news agency Xinhua. In 2011 there were 180,000 mass incidents in China. A 'mass incident' is defined as a demonstration, riot or unauthorized public meeting involving more than 500 people according to the European Council on Foreign Relations.
The series runs in chronological order, its subjects at attention in a single straight line ranged across Tiananmen Square, on 1st October 2007. Many recruits come from the rural poor and are strangers to city life and Beijing. 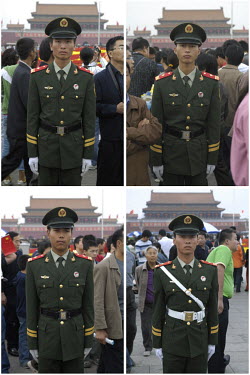 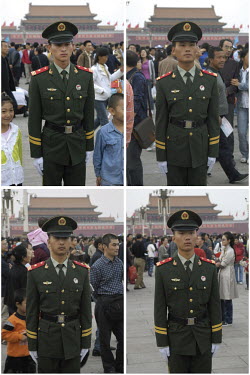 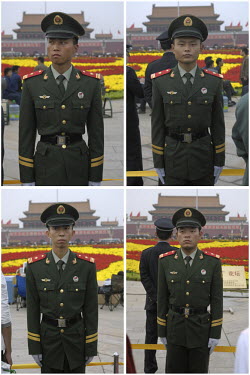 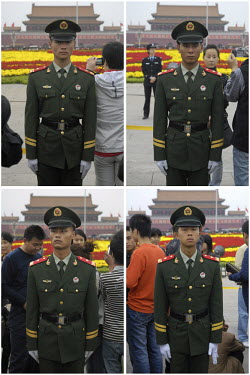 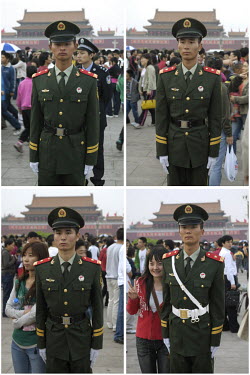 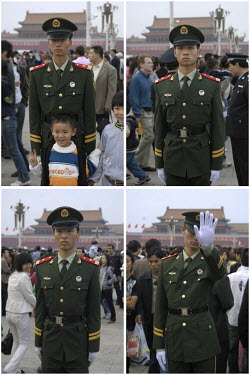 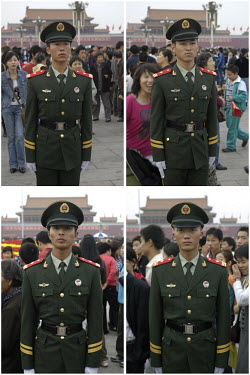 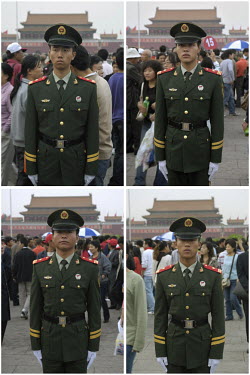