In 2021, Ben Roberts revisited an Amazon fulfillment center in Rugeley, Staffordshire, which he and writer Sarah O'Connor had previously documented in 2012. Interested in how Amazon had colonised this former mining town, they focused on the relationship between local people and the retail mega-corporation, from industrial relations to community integration. They set about finding out how relations had changed over the past decade to assess whether workers were more or less satisfied with their employer and Amazon's effect on the life of the town.

Behind the ubiquitous Amazon label, app and website lies a vast, transnational and interconnected network of workers and machines, packaging and delivering parcels to destinations around the world. Over its 27 year existence, Amazon has grown from an online bookseller to the vast corporate behemoth it is today, selling literally everything, from individual drawing pins to heavy machinery and fresh food.

Amazon has colonised towns across the world, attracting workers to its fulfilment centres which employ on average 1,500 full-time workers. Fulfilment centres are often built in regions hit by deindustrialisation, providing Amazon with a large pool of willing, sometimes desperate, workers grateful for any form of secure employment.

Yet despite the exponential growth of the company, turbo-charged by the covid pandemic and the demise of bricks-and-mortar shops, the jobs carried out by Amazon workers are constantly under threat from automation. From warehouse packaging to deliveries, Amazon has spent billions on funding the development of robotics research to streamline its services. For employees dependent on the Amazon wage, working life can be precarious. The relentless pace of warehouse operations can be overwhelming for workers who are now being paired with robots. Thus, a worker can pick around 100 items an hour if they are walking around the warehouse. Sensing a way to expedite the process, the more modern fulfilment centres now have robots bringing the items to the packer, driving this number up to around 300 items per hour.

'You're sort of like a robot but in human form' one of the managers at Rugeley says.

Amazon's recent technological developments could have been conjured up from a futuristic novel. Its Amazon Prime Air service is a drone-operated delivery that reduces the need for human delivery drivers. Similarly, Amazon Fresh, an automated supermarket that allows customers to scan product barcodes via their phone, eliminates the need for checkouts and checkout staff. Meanwhile, inside the Amazon fulfilment centres, there is a constant churn of warehouse staff.

'Amazon years are like dog years' says Gary Norton, the Rugeley site's general manager 'We call people experienced if they've been here for a couple of years.'

Though wages have increased and Amazon does provide medical insurance, subsidised meals and staff discounts to all staff, whether permanent or temporary, the work can be daunting and during the pandemic people were asked if they could work 6 day weeks, a total of 60 hours per week, to cover the surge in sales. For many, the lack of social contact on the warehouse floor and the long hours can get too much leading to high staff turnover.

All in all, the town seems to have made peace with Amazon for now though local councillors and residents also pin their hopes on other future trajectories such as green energy. With more and more business moving online, Amazon stands to continue its exponential growth, challenging towns like Rugeley to decide whether to be part of this futuristic experiment. 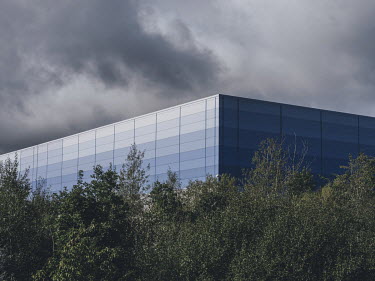 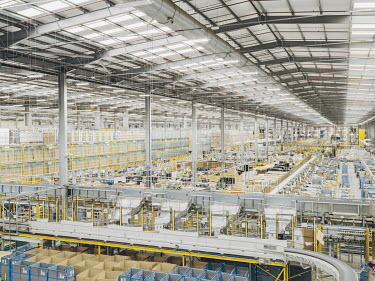 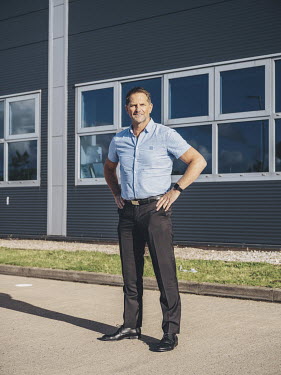 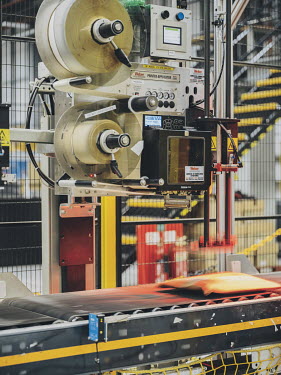 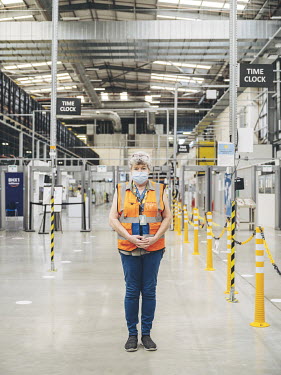 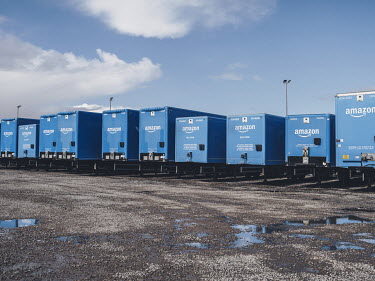 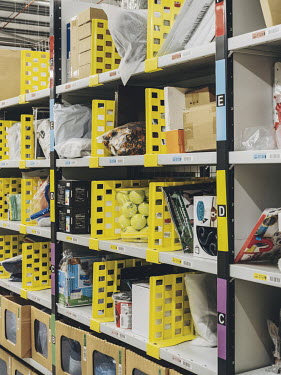 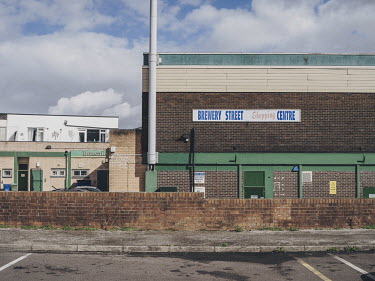 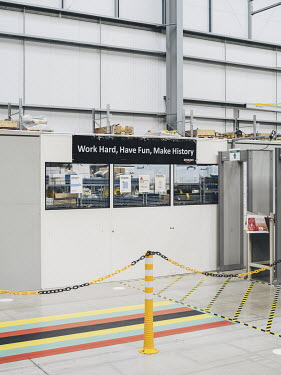 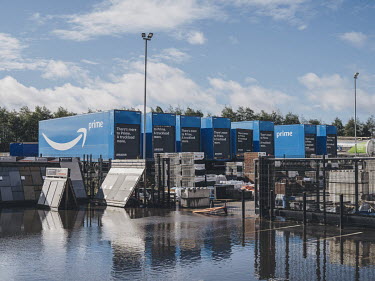 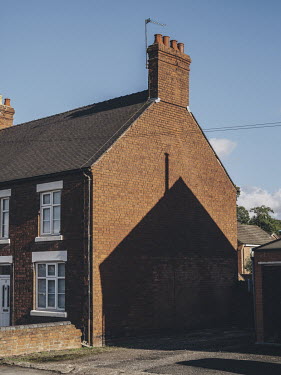 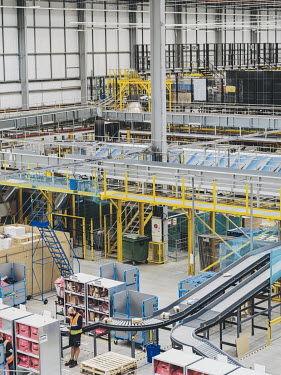 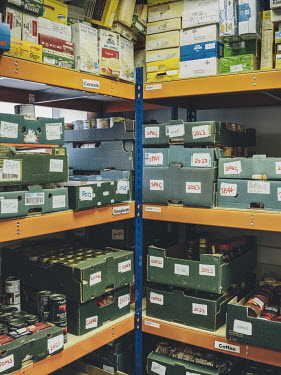 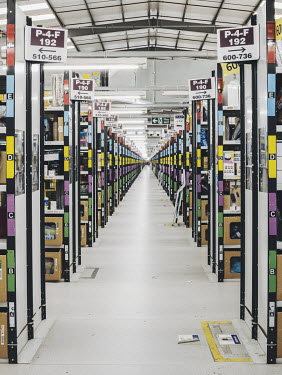 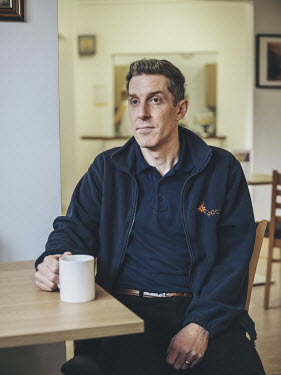 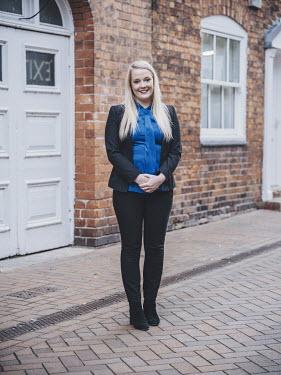 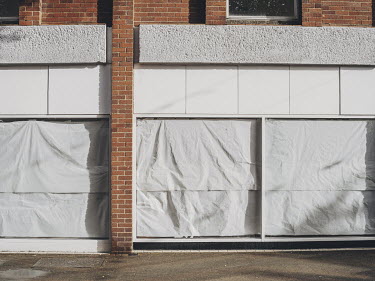 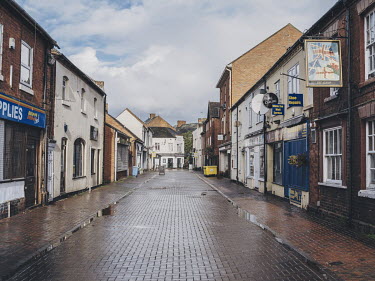 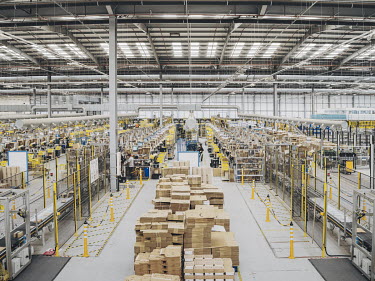 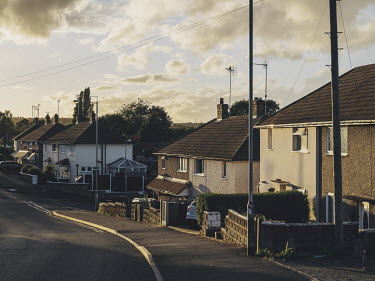 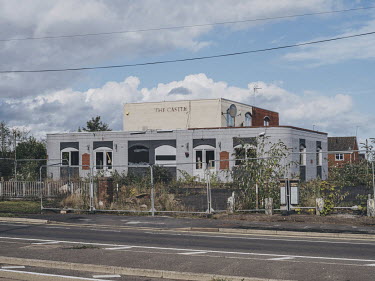 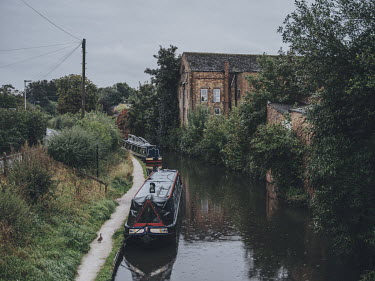