Cloaked in white robes, chanting worshippers sink into Zambia's Kafue river with arms stretched to the sky as their baptism unfolds. But underneath the water's rippling surface lurk parasitic worms, hunting for their next victim.

Trematode worms are endemic across this region. After being released by freshwater snails they search for a human host, and burrow into the skin. Once in the bloodstream, the parasites travel through the host's organs, with potentially fatal consequences. Across sub-Saharan Africa, the World Health Organization estimates that 56 million women and girls are infected by the parasite, which triggers a disease called female genital schistosomiasis (FGS), known colloquially as bilharzia or snail fever.

The parasites lay eggs in the cervix, which block the fallopian tubes and cause infertility or ectopic pregnancies. The disease can also cause lesions which increase the risk of contracting HIV four-fold, and victims can develop cervical and bladder cancer. Worldwide and across both sexes, it causes 280,000 deaths annually and has a burden of 3.3 million years lost due to ill-health, disability or early death. FGS is a treatable disease but in Zambia, poor education, stigma and misunderstanding among the public and medical professionals alike mean many suffer in silence.

At the Kafue river the congregation gathers on the river banks. 'It cannot touch us as we have come for prayers,' says the group's leader, referring to bilharzia. 'We have got protection from God.' The congregation travelled an hour south from Lusaka for the baptism but for millions, interacting with the infected water is part of their daily routine. Infested pools of water, lakes and slow-moving rivers are vital for washing clothes and cooking utensils, fishing, and bathing.

In Maramba, a neighbourhood in Livingstone, 39 year old Moono Simushi was diagnosed with bilharzia earlier this year. She thinks she caught the disease from a contaminated pool of water near her house, and worries it will lead to complications later on in her life. 'My water supply was closed because I could not pay for it. There is a pipe leakage at a nearby house. It has made a puddle where I go to wash my clothes and plates, I also collect it for bathing... My first born had bilharzia four years ago,' she adds. 'He was passing blood in his urine. He liked to play at the stream, I suspect that's where he got it.'

In some of the country's hotspots, adolescents are given an annual course of praziquantel, a form of chemotherapy which kills the worms. At present, there's no vaccine against it. 'Suffice to say, it is a big problem,' says Dr Precious Kaubula, a technical lead at the WHO in Zambia. 'The fact that there's a preventive programme for school-aged children signals that the situation in Zambia is not good.' FGS is one of the most neglected reproductive health diseases in sub-Saharan Africa, says Prof Amaya Bustinduy, at the London School of Hygiene and Tropical Medicine. 'In Zambia there is a lack of diagnostics available in clinics and in the community for FGS.'

'We have only known about FGS for two years now so we're missing many cases,' says Ms Mkwakti, the head nurse at Maramba's clinic. 'When we do examinations, we see eggs of schistosomiasis in the blood. It is a big problem with big complications – infertility, cervical cancer.'

While FGS can be cured if caught early, lesions cannot heal if left untreated for a long time, meaning an increased risk of catching HIV remains. The shame of thinking FGS is a sexually transmitted disease is a major barrier for accessing treatment, and some women turn to witch doctors for treatment instead. Dr Mubita, a traditional healer, advertises a cure for bilharzia on brightly coloured posters around Livingstone. At his home, he holds up a pink powder for bilharzia in children and men, saying 'a pinch of this in a drink' will treat the disease in a matter of weeks. He hands out a small piece of bark for FGS. 'You boil the bark, drink it or chew it, it's bitter,'

Dr Kaubula of the WHO says that though less common, the use of traditional healers is still common across Zambia. 'It is a cultural issue. Before when someone got sick, they would go to the traditional healers. It is only now that they are starting to go to the clinic.' Most people don't realise they have bilharzia as symptoms can take years to develop. When they do appear, patients experience itchy red bumps where the worms burrow, fever, diarrhoea and muscle aches. Some urinate blood and have genital pain.

Ms Simushi has HIV and takes daily antiretroviral therapy (ART), which requires regular visits to the clinic She wasn't aware of the symptoms women experience: 'I did not know I had it, I didn't urinate blood, but my urine was a yellow colour. And I felt itchy and had a white discharge.' Most locals are unaware that the disease can cause infertility or increase the risk of HIV and cervical cancer.

Down by the stream where the snails can be found, two young women, Evelyn and Miriam, fill buckets of water for the fourth time that day. 'I did not know it can cause cervical cancer or infertility or increase HIV,' Irene says. Miriam adds she has never been taught about FGS, but believes it can transfer from person to person (which it can't).

Bilharzia is just one of many waterborne diseases in Zambia. 'We cannot run away from the fact that limited access to clean water in Zambia is leading to these diseases. This is how critical clean water accessibility is' says Dr Kaubula, of the WHO. WaterAid says 6.4 million people, or a third of the population, are without access to clean water, and more than 2,000 children under five die every year as a result.

One of the cholera hotspots in the capital is Kanyama, home to approximately 400,000 people. It does not have a sewage system and waste water accumulates in the streets. A bucket of clean water costs 15 kwacha (70p) but most locals also rely on uncovered wells and groundwater for washing. The area regularly floods and the sewage from pit latrines contaminates the wells. 'Our water gets mixed up with faecal matter,' says John Dhiri (65) 'We are crowded. We are used to cholera, it happens a lot. Life is difficult.'

A widespread vaccination campaign is said to have provided good protection, but there are fears that vaccine efficacy, usually for two to three years, is waning.
'Any life lost from a waterborne disease is a tragedy. Increased investment in water, hygiene and sanitation, coupled with vaccine rollout, is key to ensuring people live healthy lives free from disease' says Pamela Chisanga, from WaterAid.

Zambia was re-classified as a middle-income country in 2013, yet the proportion of households living below the poverty line has decreased only marginally since 2010. Over 40 per cent of children suffer from deprivations like lacking nutrition, education, health, water, sanitation and adequate housing.

It is possible to eradicate FGS. Japan and Tunisia are two countries that have done so. Researchers say the key is to invest in snail control, improve access to clean water and continue providing preventive chemotherapy to school-children. Prof Amaya says that FGS must also be integrated in the medical curriculum and the national health systems across sub-Saharan Africa to speed up diagnosis and treatment.

Back in Maramba, Ms Simushi welcomed her free test and treatment at a local clinic but it's a short-term fix. Ms Simushi worries she, and her daughters, will contract the disease again soon.

Adapted from an article by © Harriet Barber / Telegraph. For the full version, please get in touch 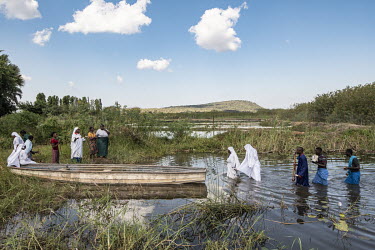 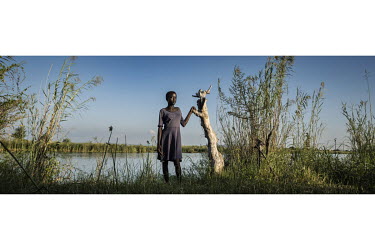 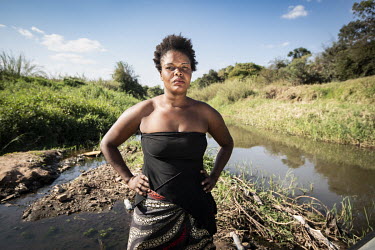 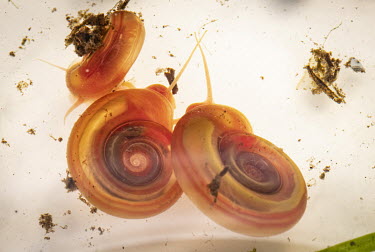 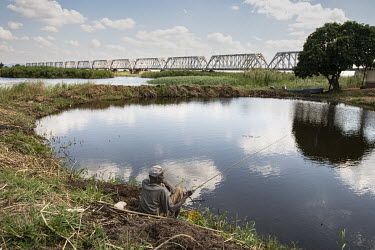 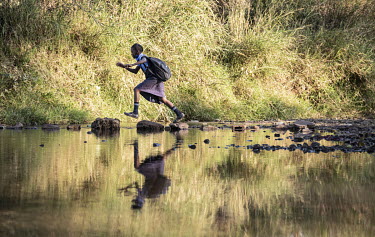 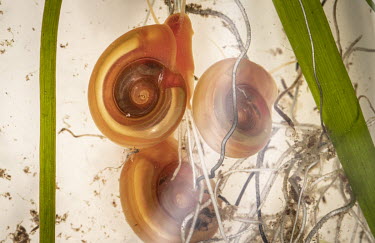 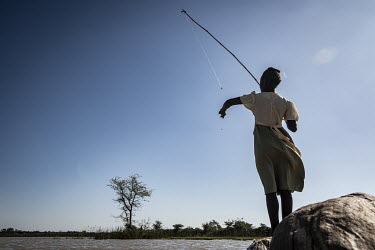 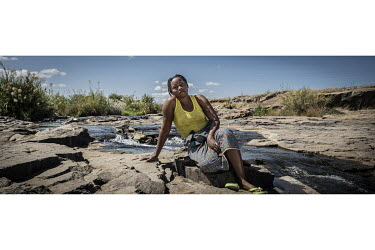 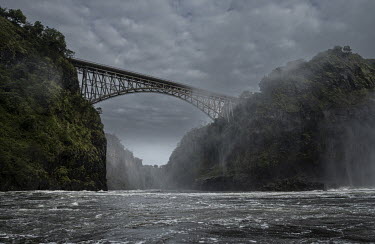 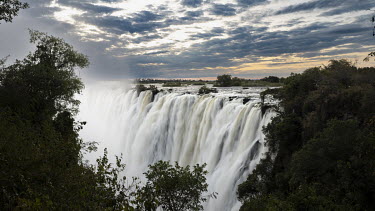 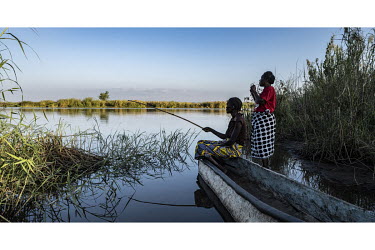 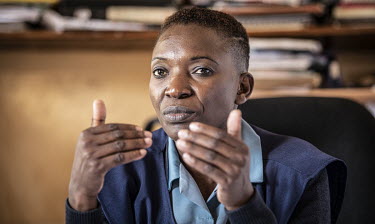 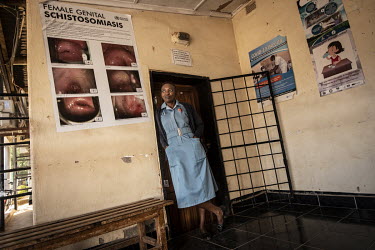 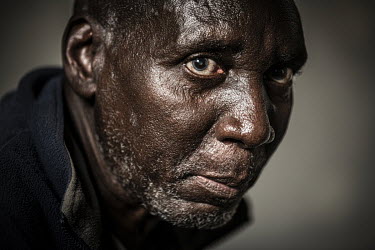 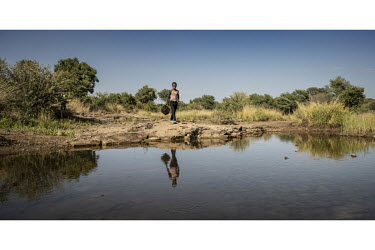 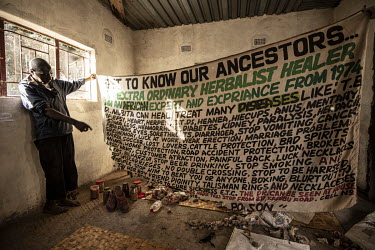 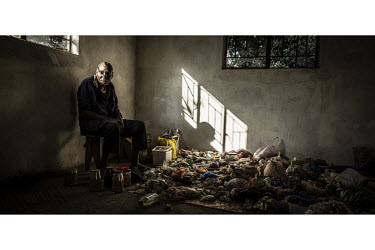 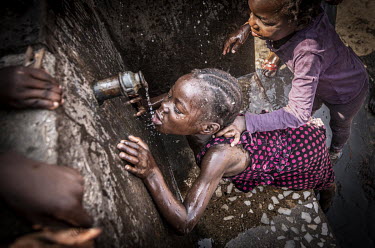 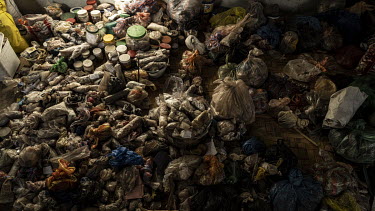 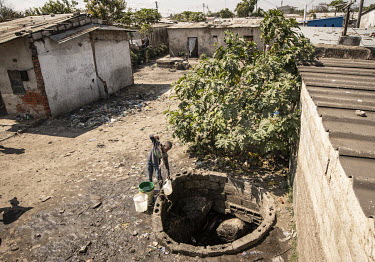 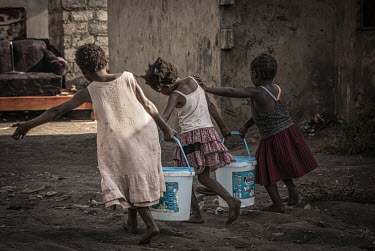 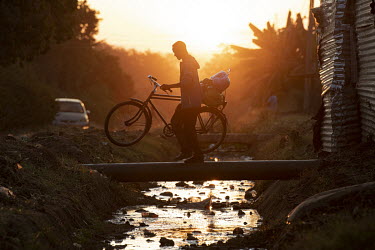 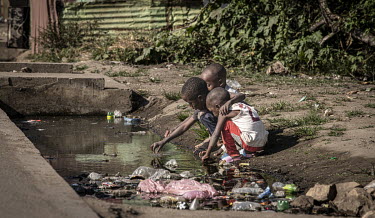 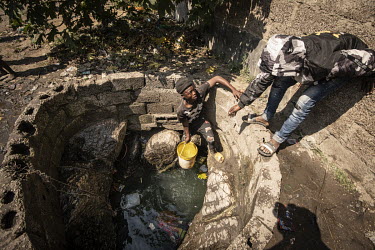 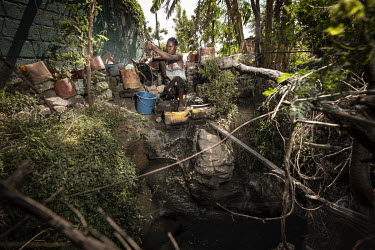