The boy mounted the horse barefoot, with only an ill-fitting Hello Kitty helmet to protect his head and a talisman under his clothing to give him the courage of his ancestors. The last thing Firmansyah (8) remembered about the race was being boxed in against two competing horses, spurred on by equally young jockeys, as they galloped around the track. He lost his grip on the mane of his horse, Isidia, and fell.

Firmansyah doesn’t remember hitting his head on the wooden railings lining the racecourse or landing on his shoulder as the three horses behind him thundered past. Nor does he recall being scooped up by a police officer who sped him on a motorbike to a local clinic. He has no memory of his uncle applying herbal remedies to his wounds that night. But when he woke up the next morning, he declared that he “felt strong” and was “ready to race today.”

A few hours later he was back in the saddle at another preliminary round of the Regional Police Chief’s Cup 2019, bruised but riding again. In Bima on the island of Sumbawa, the use of child jockeys in professional horse racing is part of a longstanding tradition and the average age is dropping, with jockeys as young as 5 riding.

Child-welfare advocates insist the practice constitutes child abuse and exploitation and should be banished. Child labor laws in Indonesia are rarely enforced, however, and children are known to work in fireworks factories, tobacco farms and prostitution. Many here consider child jockeys contributing to their family’s income as a perfectly acceptable practice in one of Indonesia’s poorest regions. Riding has a long tradition here with children as young as 4 learning to ride. .

“In the late ’90s, jockeys were usually aged from about 10 to 14 years old, but then we found the lighter jockeys to be faster, and now
they are aged from about 6 to 10,” said Fahrir H. M. Noer, the deputy chairman of the race.

Racing is a tradition in many families, with jockeys growing up in with male relatives who also rode as children. Supporters of the practice say this family connection is an important difference between them and children riding in the Gulf where there have been reports of child enslavement and trafficking.
But tradition is not a sufficient reason to continue using children in horse racing, according to Arist Merdeka Sirait, chairman of the
National Commission for Child Protection, a nonprofit organization.

“It has become a business,” Mr. Sirait saidbut according to Retno Listyarti, a commissioner at the Indonesian Child Protection Commission, however, the practice doesn't seem to constitute exploitation since the children enjoy what they do.

In Bima, the races are a major feature of the social calendar with people placing bets on the races. Even though gambling is illegal in Indonesia, local police turn a blind eye. The horse owners pay their jockeys between 50,000 and 100,000 rupiah ( USD 3.50 to 7.00) per race in the early stages and up to double that in the finals with bonuses up to one million rupiah (or USD 70).

Prizes at a typical event can add up to tens of thousands of dollars and include mopeds, refrigerators and TVs. Horses are often fed concoctions containing energy drinks, milk, ginger and coffee in the hope that they run faster and some owners inject their horses with performance enhancers before and after races. Others rub chili powder and stinging plants on the hindquarters to numb the horses’ muscles so they don’t feel fatigue.

Tiara, 36, one young jockey's mother, says that "Racing horses is easy money for the family" who have to pay for the child's schooling. As they get older, the most successful jockeys go on to compete in regional races on neighbouring islands. 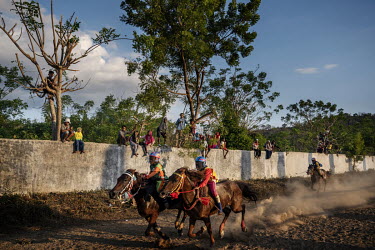 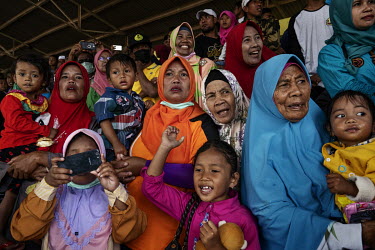 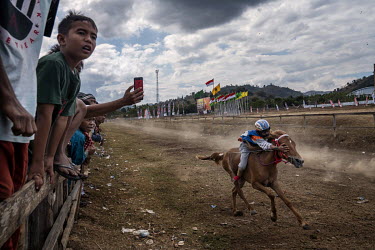 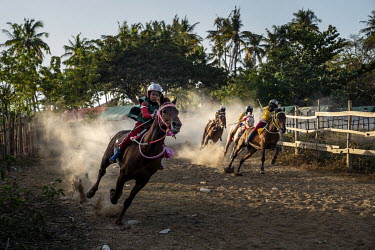 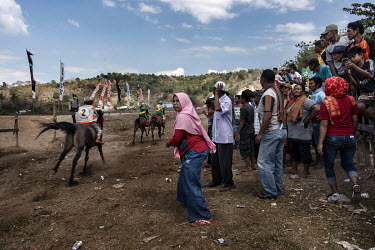 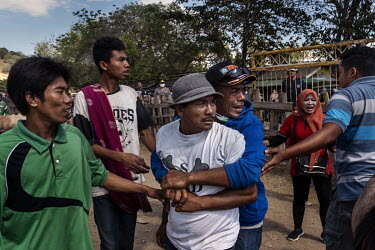 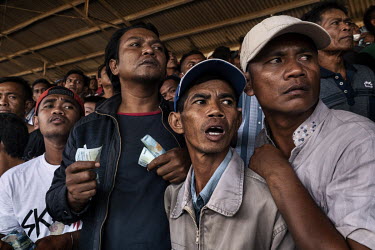 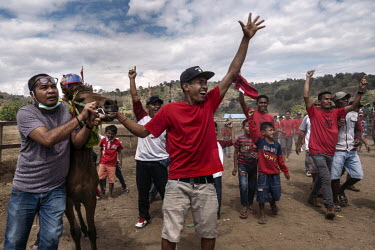 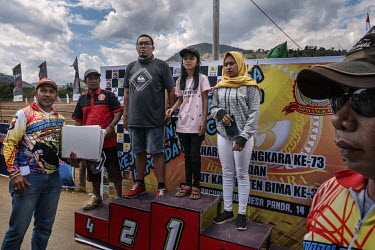 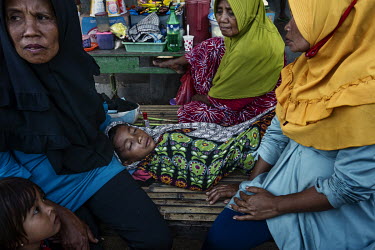 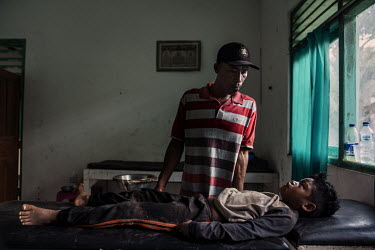 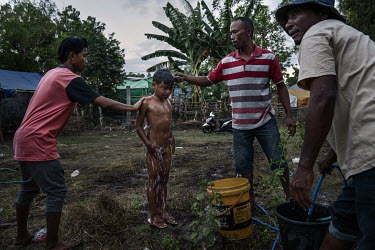 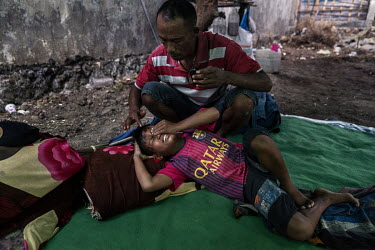 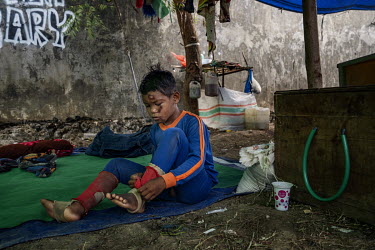 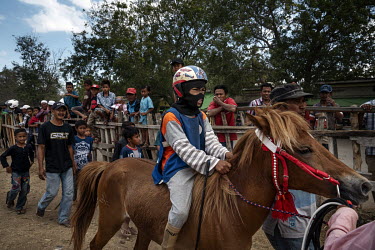 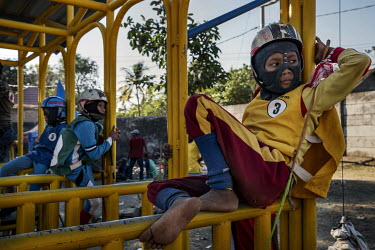 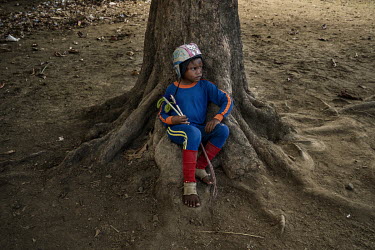 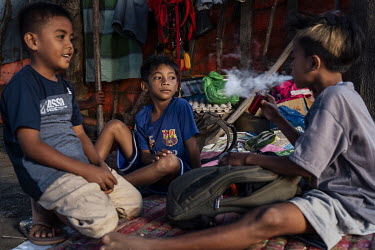 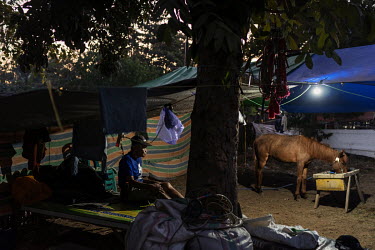 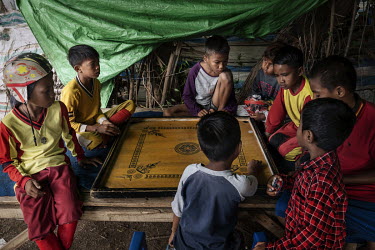 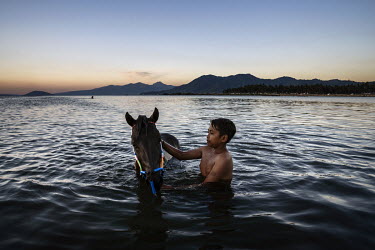 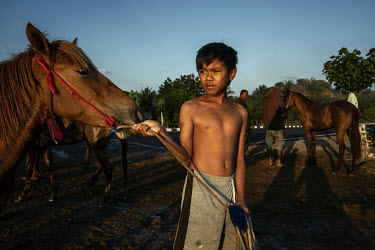 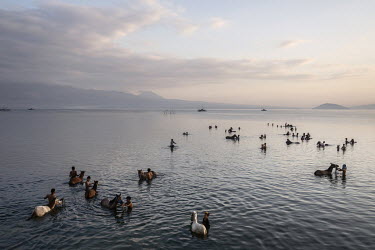