Down in the Dumps

Even in the pouring rain, in the middle of the night, they are out scavenging, wearing headlamps to scan a mountain of rotting garbage more than 15 stories high.

The trash pickers, some trudging up the heap in mismatched plastic boots, use a hooked metal tool called a 'ganco' to flip items over their heads and into large rattan baskets strapped on their backs. A few sort through the trash with their bare hands.

The stench is overpowering, but it's only one of many workplace hazards. As they pick through the jumble looking for discarded wood, cardboard, plastic tarps and anything else that can be recycled, they must be careful not to come too close to the bulldozers distributing the waste across an ever-rising plateau. Landslides are a constant danger.

This is Bantar Gebang, one of the world's largest landfills, more than 200 football fields in size, accepting as much as 7,000 tons of waste a day from Jakarta, Indonesia's capital.

Processing all that trash is a 24-hour operation. On a typical day, a thousand orange trucks, filled with garbage and surrounded by hordes of buzzing flies, line up at the base of the landfill to dump their loads. Like a mechanical bucket brigade, giant excavators then relay the waste to the top, more than 150 feet above.

Dozens of squalid villages have sprung up around the mountain. Officials say about 6,000 people reside near the landfill, eking out a living from the trash. Local residents put the number at 20,000.

In some families, children as young as 5 scour for usable trash alongside their parents, said Asep Gunawan, the head of Bantar Gebang district, which includes the landfill.

'They have kindergarten and Quran study there, and when they finish that, they help their parents,' Mr. Asep said. 'It is easy to pick trash with just an iron stick. And they have no other choice.'

The trash pickers, known in Indonesian as 'pemulung,' typically earn from $2 to $10 a day, from the plastic, metal, wood and electronic waste they collect. Even animal bones have value, used to make jewelry or as an ingredient in floor tiles or concrete.

A few entrepreneurs have set up makeshift shelters on wooden pallets where they sell drinks, snacks and cigarettes to those working the pile.

When the facility is operating at full tilt, hundreds of scavengers swarm around the heavy equipment rumbling on the mountain. But the global economic slowdown caused by the coronavirus pandemic has reached even here, adding to the misery.

Most recycling companies that buy waste from the trash pickers have closed their doors, so fewer pemulung are working because they have no place to sell what they collect, said Resa Boenard, co-founder of Seeds of Bantar Gebang, a nonprofit helping the community.

New social distancing rules imposed by the provincial government took effect this month in Bantar Gebang, prompting even more trash pickers to stay off the pile.

Adam Dean visited the Bekasi outside the Indonesian capital.

Abridged text by Adam Dean. A full text is available on request.

Down in the Dumps 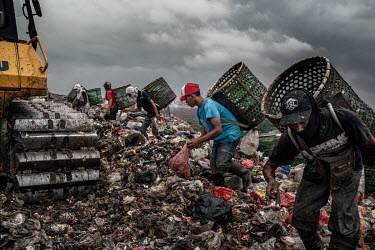 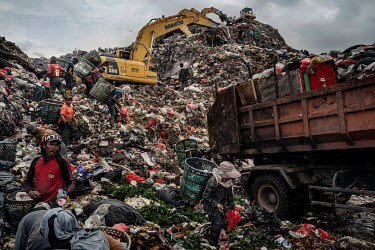 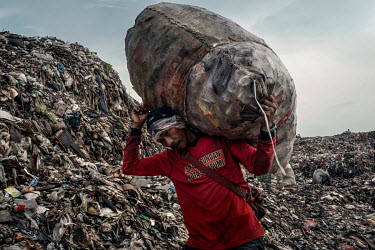 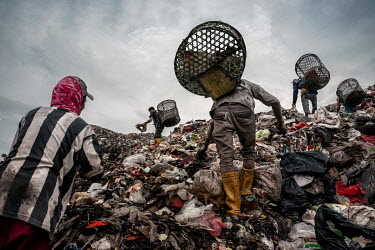 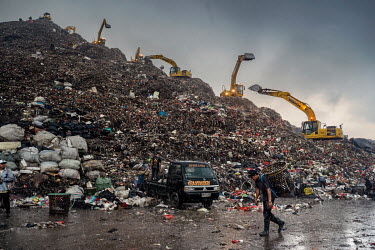 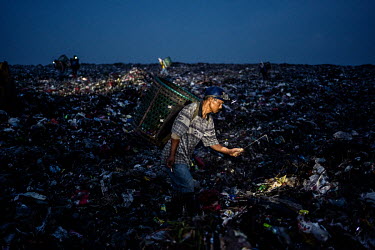 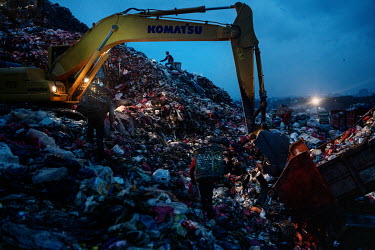 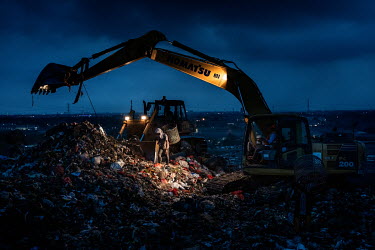 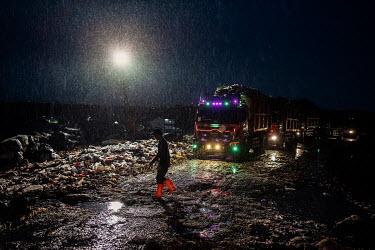 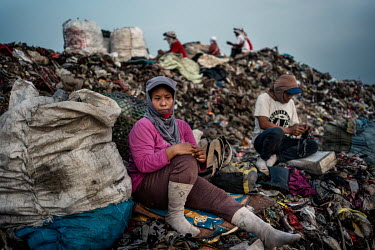 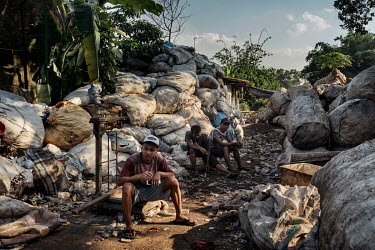 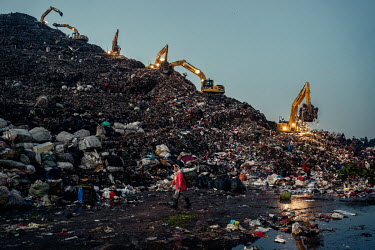 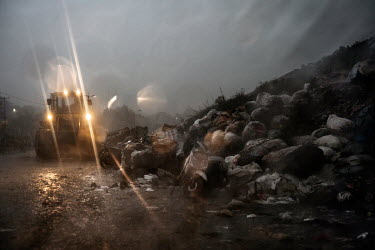 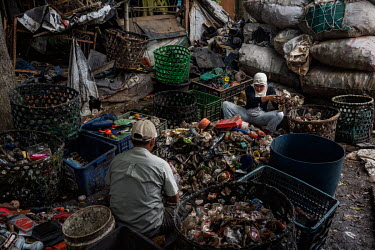 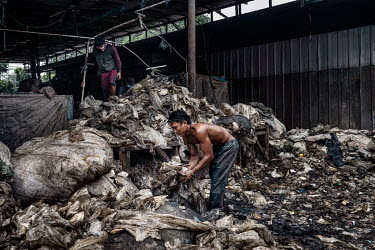 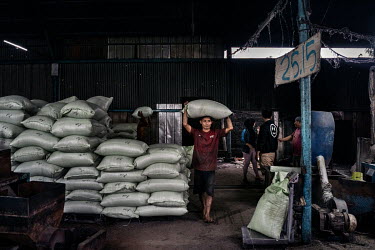 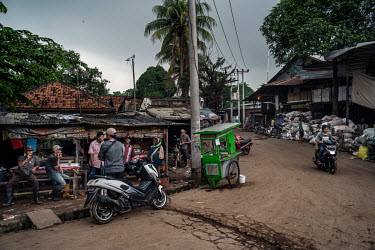 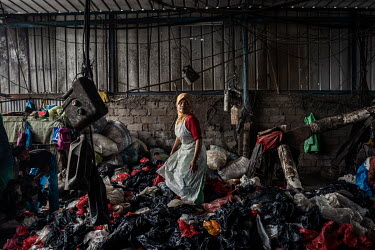 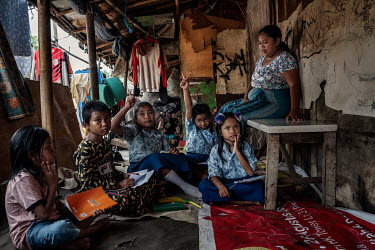 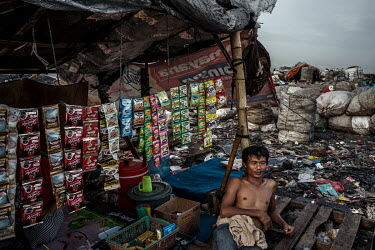 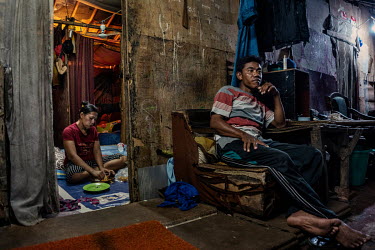 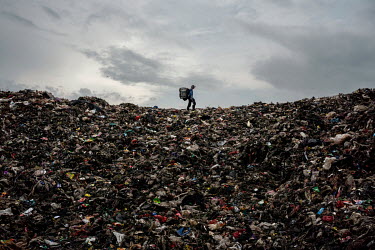 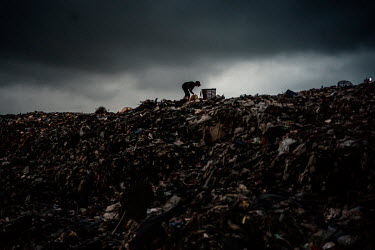 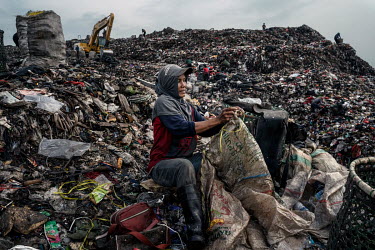