As navy ships on the Greek-Turkish border search for refugees crossing the river Evros by boat, cars slowly patrol the land border around Orestiada, Nea Vyssa and Kastanies, looking for those trying their luck on foot. Each patrol car takes one Greek police officer and at least two EU border control officers employed by Frontex, the EU's border security agency. Their high-tech thermal vision equipment allows them to search through forested areas and other thick vegetation, a popular hiding place for would-be illegal immigrants entering Fortress Europe. Tasks assigned to Frontex include detaining illegal immigrants and arresting potential human traffickers.

Commander Jenner and his German colleague Joergens, who act as the contact for the 12 Dutch and 32 German officers, explain how Frontex works.


Frontex's mandate is limited to checking immigrants' papers (which they have often destroyed), patting them down and taking them to the detention centre near the village of Filako. Here, fingerprints are collected and saved in a database. Storing this data enables European countries to track the refugees as they enter other EU countries and, in case of multiple applications for asylum, return them to the country where they first crossed the EU border. The current asylum determination system was agreed on by the member states in the Dublin II Regulation.

In 2003, Dublin II was brought in to clarify which Member State is responsible for an asylum seeker's application. An asylum application can be handled exclusively by the member state where the application was first registered. If the asylum seeker hands his application to the authorities of a second member state, this state has the right to return the applicant to the country where he first applied. The system was designed to prevent so-called 'asylum-hopping', or the abuse of asylum procedures, by handing in multiple applications.

Frontex's is faced with the unenviable task of assisting in member states' border control and working against an unstoppable tide. 'We could do much more', grumbles Commander Jenner, 'our presence here is mostly a gesture of goodwill to show the Greek authorities that the refugees are not just a Greek problem, but part of a wider European one. It's like trying to stop a flood by mopping the floor' he says despondently.

The Greek border is full of holes. The question isn't whether the refugees will make it across the border, but where they will enter and how many. An earlier route led via the Greek islands. Now the preferred route is through Turkey. The refugees cross the Evros where it flows into Turkey, where it doesn't demarcate the border. In the first nine months of 2010, 31,000 refugees – mostly Afghans and North Africans – used this route to cross the border. Most refugees see Greece as a staging post en route to the rest of Europe, as Greece itself has little to offer. Following Greece's debt crisis chances for employment are slim and the policy on asylum seekers is unclear.

Attacks against immigrants have increased since the crisis has started to bite. Most would like to end up in the UK, Italy, Germany, Sweden or the Netherlands where they can reunite with families, find work or start a new life.

Sending refugees back to their countries of origin has proved difficult for the Greek authorities. Most asylum seekers come to Greece through Turkey, but Turkey refuses to take them back. Following calls from the Greek government for help, the European Commission sent Frontex emergency intervention. But Greece remains an attractive stop-over for tens of thousands of illegal immigrants trying their luck each year and with Bulgaria and Romania hoping to join the Schengen passport-free zone, anyone who makes it into Greece can travel as far as Calais and the Baltic without showing their papers once.

Panos photographer Jeroen Oerlemans and journalist Mireille Capiau witnessed the nightly stream of people trudging through the dark, dreaming of Europe. A full text is available on request. 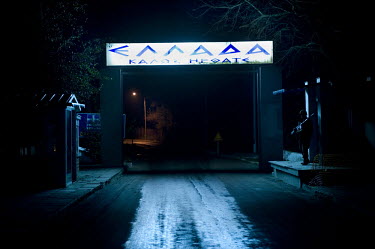 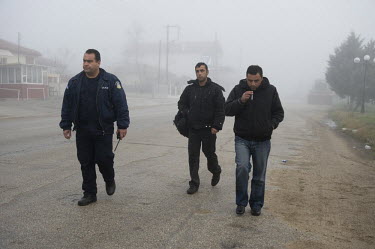 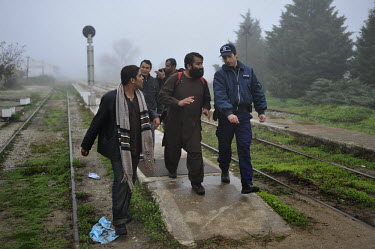 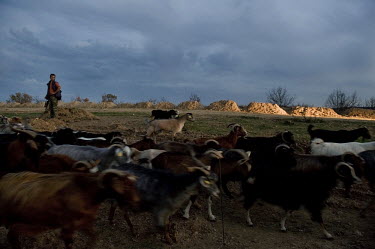 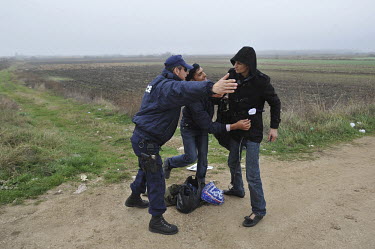 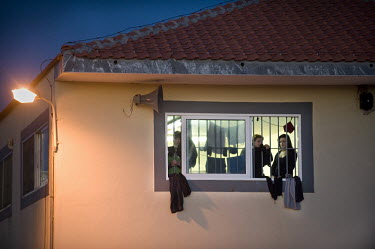 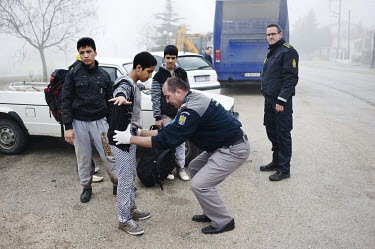 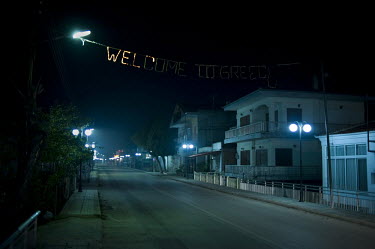 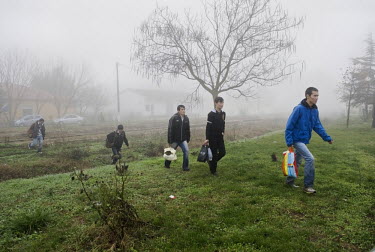 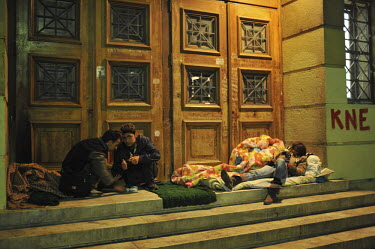 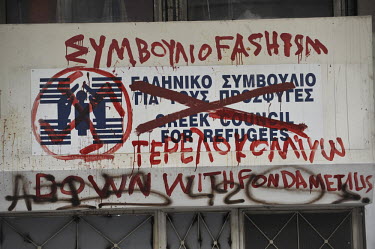 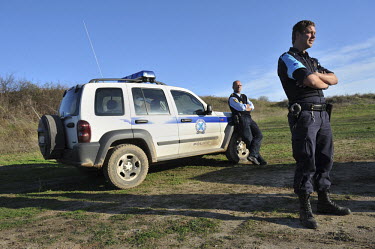 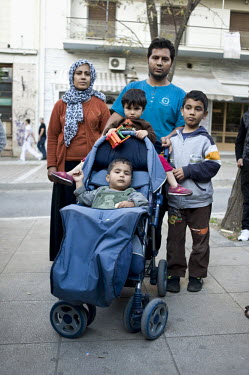 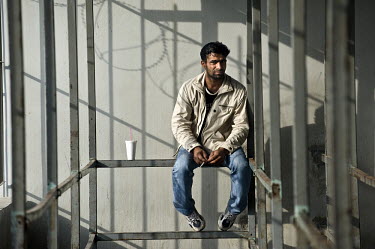 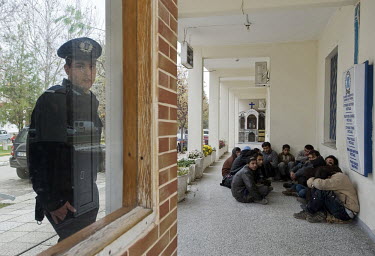 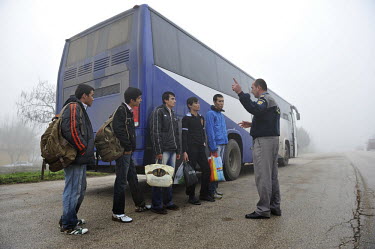 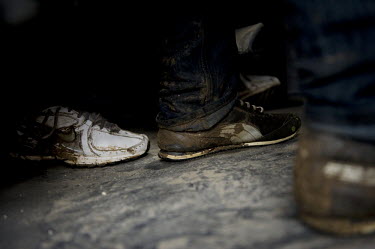 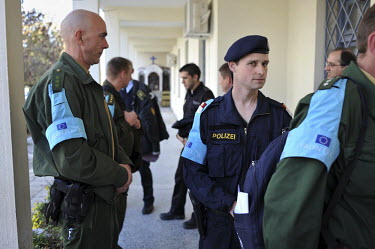 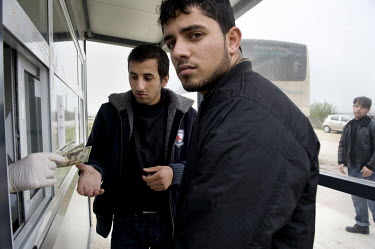 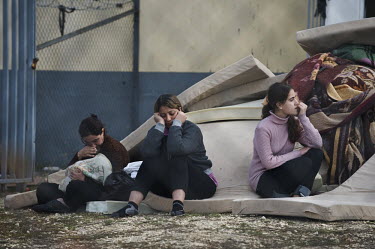 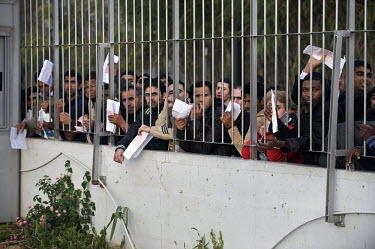 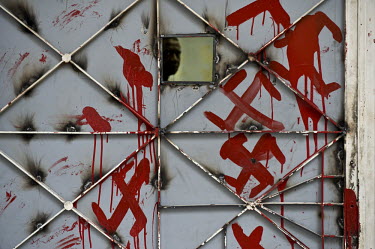 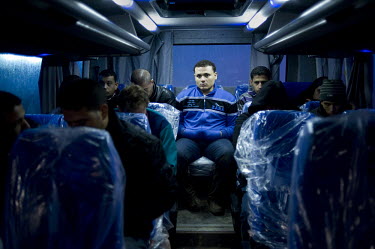 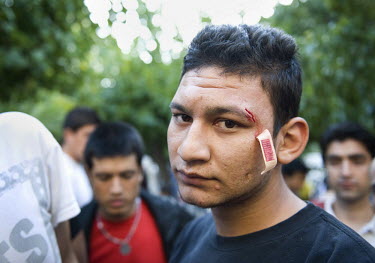 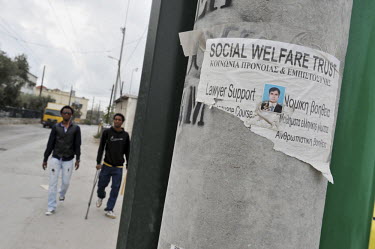 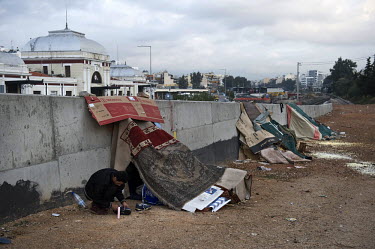 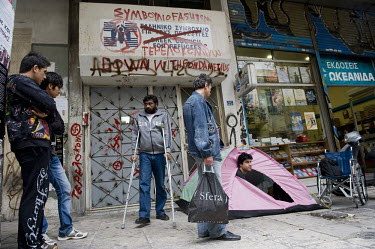 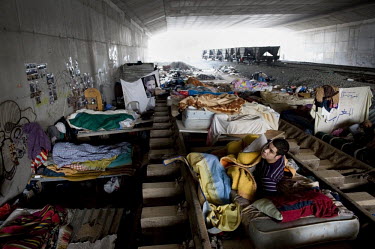 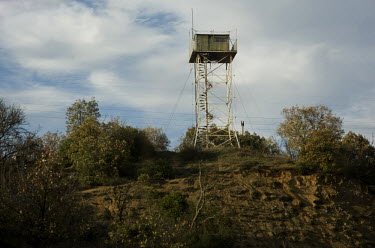 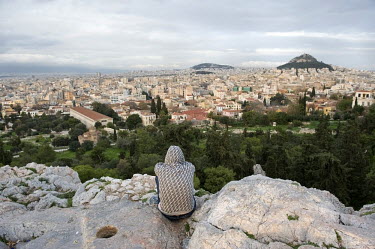