Dreams of a New Life

In the first five months of 2016, more than 33,000 migrants made the perilous journey from the shores of North Africa to Italy. Thousands have died in the process. In the last week of May alone, an estimated 1,200 people drowned when their boats sank or capsized. Many of the casualties will have been children, their stories forever untold. An increasing number of those attempting the crossing are unaccompanied minors (UAMs), children travelling without parents or other adults. Three times as many UAMs have arrived in Italy in 2016 compared to the same period in 2016. This new phenomenon is posing new and difficult challenges to the already stretched services assisting arriving refugees and migrants. By the time they reach the North African coast, most have already travelled for weeks, and sometimes months, through some of the most inhospitable terrain in the world, crossing deserts and war zones, facing lack of food and water and risking exploitation and violence from smugglers and authorities alike. An unknown number perish in the desert, left behind by unscrupulous traffickers who have taken their money. Even if they make it to the coast - most commonly Libya - many face violence and imprisonment from local authorities operating in civil war conditions.

?
The children who embark on the treacherous journey are mainly driven by despair: they are fleeing war, hunger and drought. Many have lost their parents to violence or early death and are left to fend for themselves. One thought connects them all to each other - they are trying to improve their lives and follow their dreams.?
Save the Children is operating in Italy, helping these UAMs to find their way. They explain them their rights, introduce them to local customs and culture and give legal advice where ever possible. After a few months, the children are brought to shelters run by the government, from where their integration starts. One of the facilities that is helping during the integration process is the CivicoZero centre in Milan, a safe place where UAMs can study Italian, get legal counsel, follow creative workshops, do sports and hang out with other children.

Panos photographer Chris de Bode was asked by Save the Children to visualise these children's current situations, with many preferring to remain anonymous, and to show their dreams for their future, once they are able to start a new life in Europe. Chris met unaccompanied minors in Sicily and Milan who had travelled from Kosovo, Egypt, Guinea Bissau, The Gambia, Senegal and Guinea. He photographed them both on the street, symbolising the way they have been travelling alone from their home countries, and in an imaginary situation showing their hopes and dreams for their futures.

Dreams of a New Life 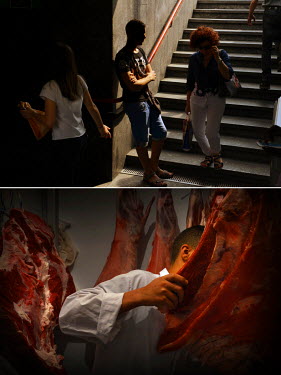 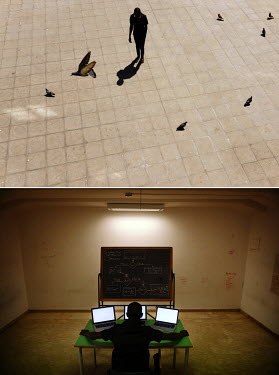 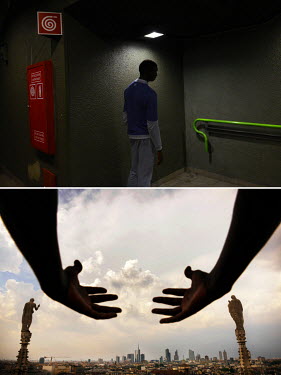 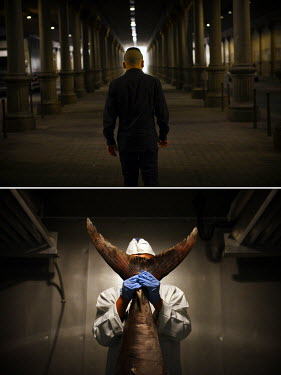 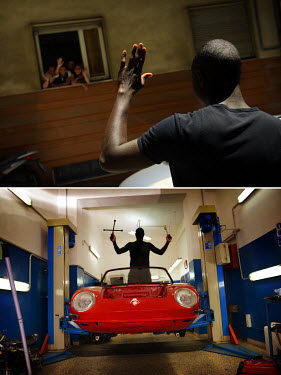 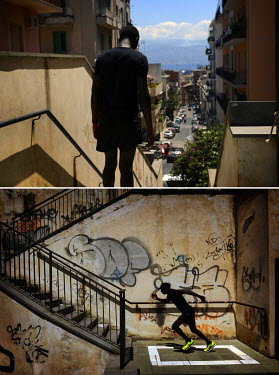 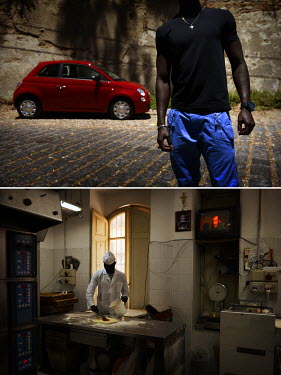 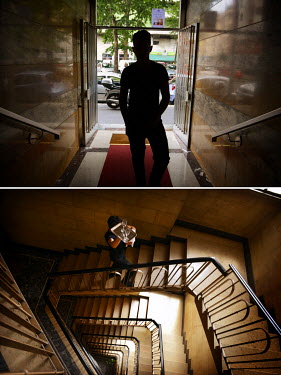