Drilling for a Dream

Soon after dawn, Win Myint Oo starts a generator and squats on a bamboo platform suspended under a 40-foot, jury-rigged derrick made out of three steel poles and bamboo struts lashed together with rope. The generator powers a winch that lowers a blue plastic pipe 1,500 feet into the ground, then pulls it back up filled with black crude oil. Like the other prospectors trying to draw the dregs out of Myanmar's largest unregulated oil field, Win Myint Oo (24) came with a dream of striking oil and getting rich. "I hope I have the chance to be a big boss" he says. "If I get lucky I want to open a car showroom. I love cars. Maybe I will become Formula 1 champion, one day."
The reality is otherwise. Competing with thousands of other wildcat prospectors here, he will be lucky to collect a barrel a day, earning a little over $50. That is good money in rural Myanmar, where most farmers earn a subsistence income. But most drillers here in Nga Naung Mone saved for years or borrowed money to come up with the setup costs: about $ 7,300 to buy a plot of land from a farmer and to acquire some basic equipment and hire a driller. "If they don't find oil, they lose the money," says Khin Maung Myint, a supervisor at the Sein Tagon Oil Company, which buys the oil from the drillers. "We don't have the technology to see where the oil is, which is the problem. So people just go and dig."

Since prospectors first struck oil here about five years ago, the field has become overcrowded and its reserves have been depleted. Nga Naung Mone is one of three oil fields near the town of Minhla, in south central Myanmar, and the largest by far. The other two, Dagine and Da Hat Pin, are much smaller and less developed. Several thousand people now live and work here and the oil field is littered with derricks, some just 10 feet apart. Win Ko, 44, who has been at Nga Naung Mone for four years and owns over 50 wells, says that he used to be able to pump oil 24 hours a day, extracting up to 15 barrels per well. Today, he's down to less than half a barrel per well a day.

The work starts early to beat the heat and soon after sunrise, the hum of generators fills the air. Most of the drillers store their day's collection in barrels. Those who own several derricks use tarpaulin-lined pits, which hold more oil. As the sun starts to dip below the horizon about 100 pickup trucks, tractors and ox-drawn carts weave their way through the maze of wells carrying oil drums bound for the Sein Tagon collection stations. In the dry season, when temperatures climb over 40C, most workers retreat to their huts around 9 am to shelter from the sun and rest until late afternoon when it is cool enough to work again.

The workday ends around 6:30 in the evening. Some drillers bathe and start to prepare dinner outside their huts, while others play chinlone, a Burmese game similar to volleyball. About 3,000 people live in Nga Naung Mone. Most have one or two wells and live in bamboo huts next to them, some with their wives and children. A small village has sprung up beside the oil field to support them. In the evening, workers and their families stroll along the road, browsing the shops in bamboo shacks that sell products and drilling supplies. There are a handful of restaurants and tea shops, some showing live soccer matches.

Most drillers work seven days a week and take time off only during important Buddhist festivals. Children who are old enough attend school in nearby villages. Women and young girls work as well, using rags to soak up spilled oil, then wringing them into a bucket. A full bucket sells for about $ 4.50. Most drillers figure Nga Naung Mone has at most two years left before it is pumped dry. Then they will pack up their derricks and their dreams and move on.

Drilling for a Dream 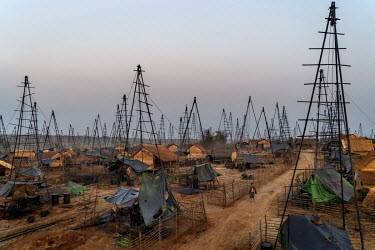 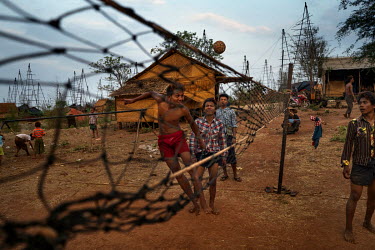 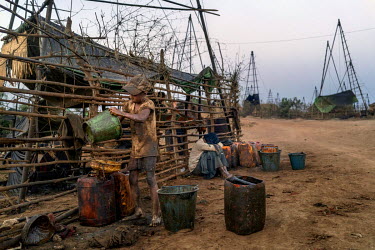 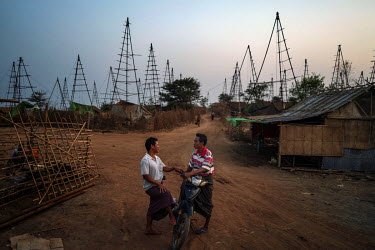 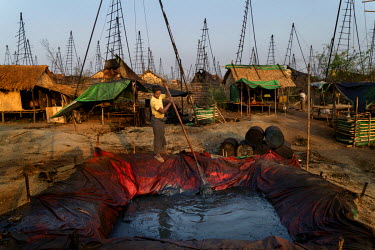 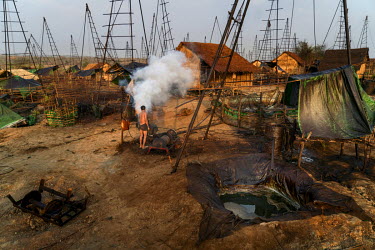 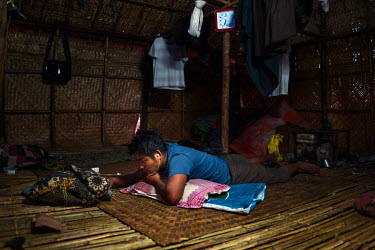 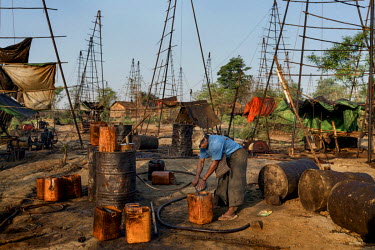 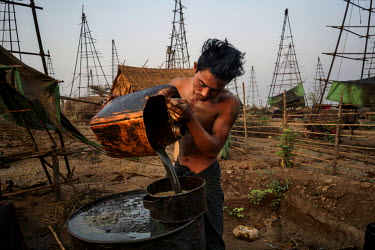 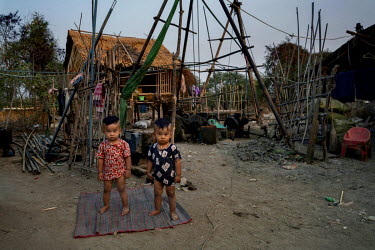 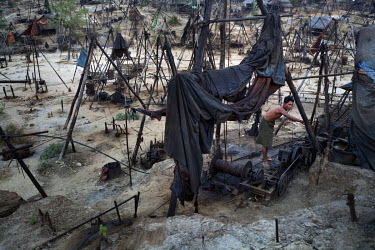 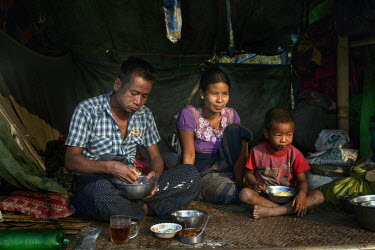 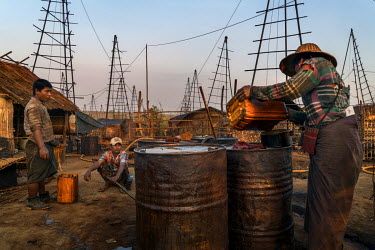 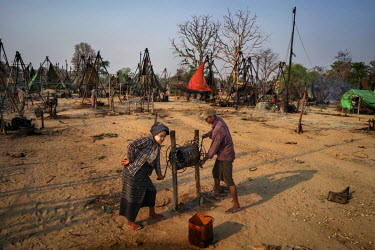 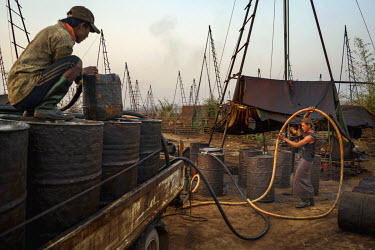 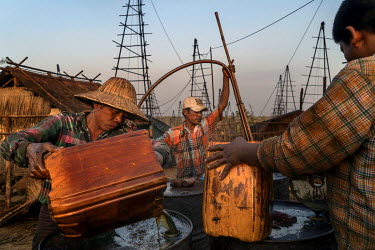 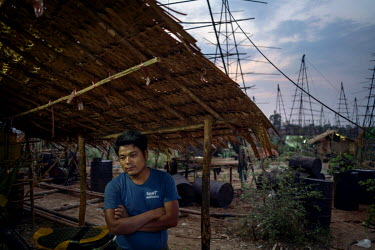 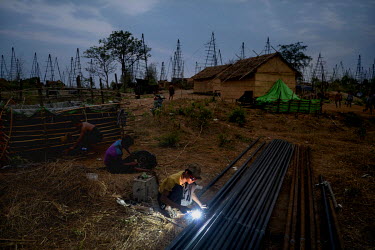 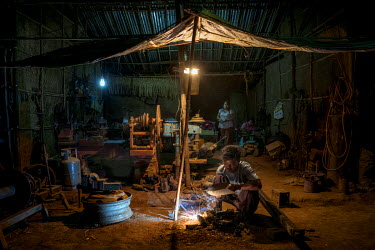 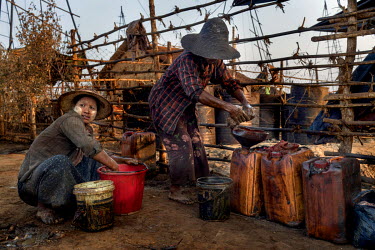 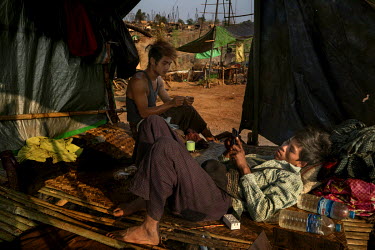 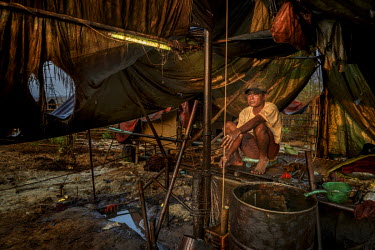 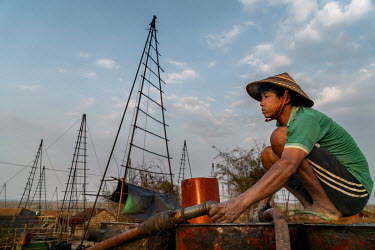 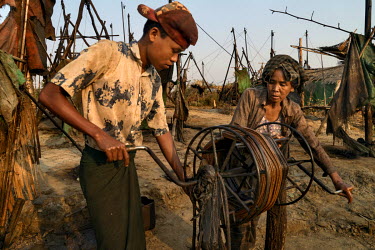 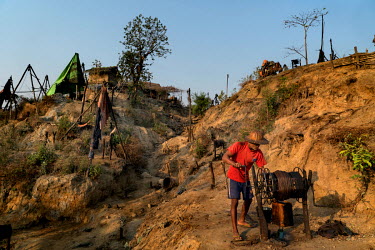 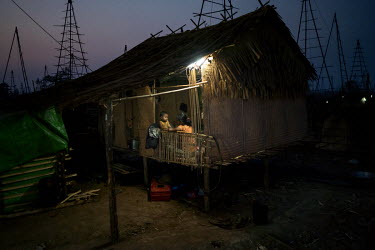