I was shocked when the Taliban took control of Afghanistan again this summer and these images are about Afghan women losing their identity.
As a documentary photographer it has always been important for me to know who I’m photographing; to talk to people, know their names and show their faces.

I have often tried to show what is hidden and reveal unseen lives. As the Taliban re-entered Kabul and took control of the country I felt compelled to make a statement about women I had photographed over the past 35 years. I felt that the appropriate way to do this would be to hide their identities. It is no longer safe for women to be photographed. Once again they are fading into the background. Afghan women are all too familiar with restrictions on their lives and are very adept at finding ways around the limitations imposed on them. For their own safety and that of their families, however, I have made their faces anonymous here.

As girls are denied education, with only the very young allowed to return to primary school so far, and women losing their jobs in most sectors, I printed photos from my archive onto linen and cotton, painted out the background in the original photos with block colours of acrylic paint and then added embroidery to both honour and disguise them, differentiating between past and present.

Embroidery seems an appropriate activity as it references the clandestine activity of women in Herat during the previous Taliban rule (1996-2001) when women would meet as part of the Golden Needle Sewing School, ostensibly to sew but in reality to study literature.

In her book ‘The Sewing Circles of Herat: My Afghan Years’ Christina Lamb explains: ‘They would arrive in their burqas with their bags full of material and scissors. Underneath they would have notebooks and pens. And once they got inside, instead of learning to sew, they would actually be talking about Shakespeare and James Joyce, Dostoevsky and their own writing. It was a tremendous risk they were taking. If they had been caught, they would have been, at the very least, imprisoned and tortured. Maybe hanged.’

I wanted to capture this spirit of defiance. Sewing is perceived as a harmless female activity but there have always been subversive stitchers and
needlework has been a tool of feminist protest.

On a personal level the meditative process of sewing is an opportunity to assess the history I have lived through and deal with the frustration and sorrow of knowing that for many Afghan women the freedoms they had gained so briefly are once again being curtailed and their lives are, yet again, on hold.

Each image is dedicated to a specific group of women who have seen their dreams crumble and their opportunities dashed. 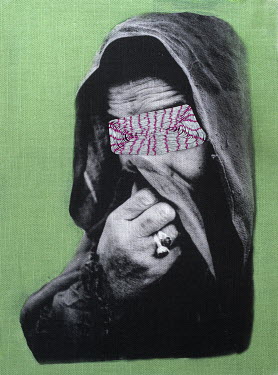 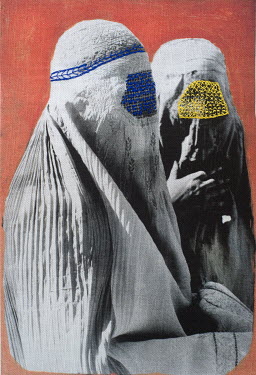 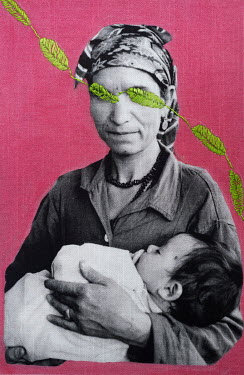 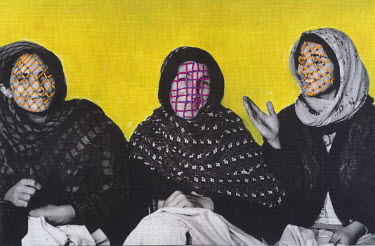 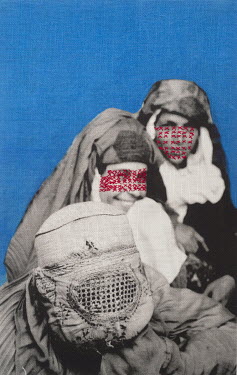 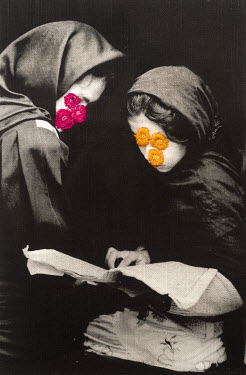 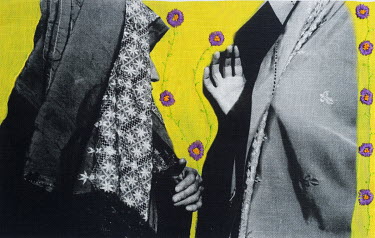 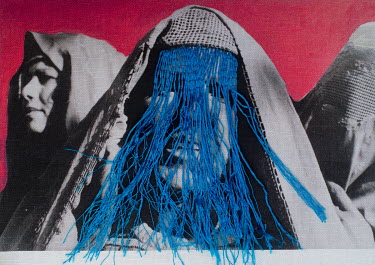 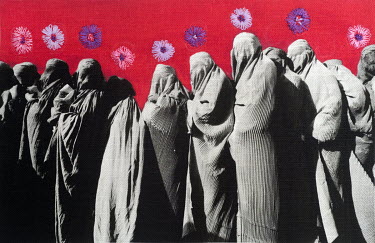 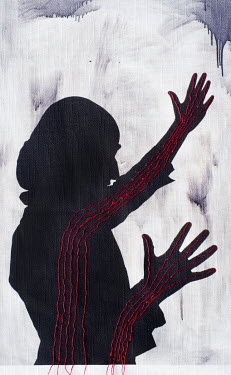 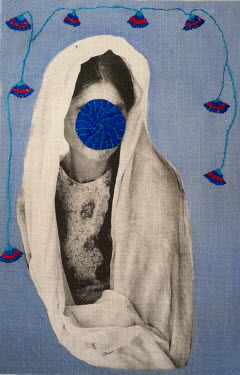 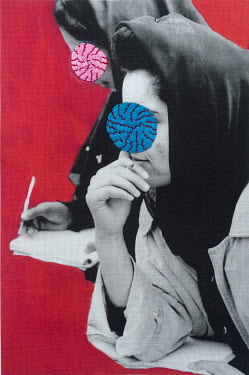 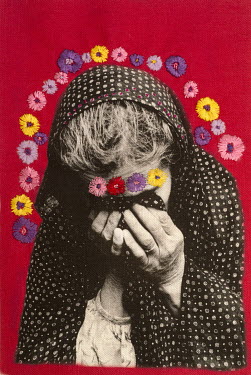 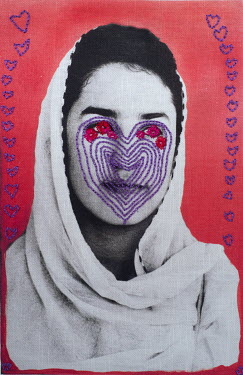 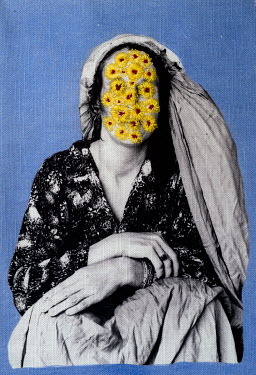 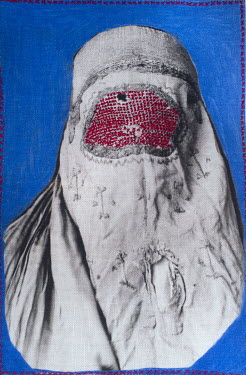