Bangladesh is one of the countries most affected by global warming with a large and growing population and a lot of low lying land. Like other heavily populated river deltas around the world, the Ganges Delta, which also gathers in the waters of the Brahmaputra and Meghna rivers, is highly prone to flooding and exposed to increasingly frequent storms. As Bangladesh's population is 80% rural and dependent on agriculture, the potential damage to livelihoods brought about by floods and erosion pose a major threat to the region. Over the centuries, the people of the Bay of Bengal have learned to adapt to the recurring vagaries of their environment. Now, however, unpredictable changes brought about by climate change have started to overwhelm even the most resourceful farmers and herders. The problem is worst in the Southwest of the country where rising sea levels and irregular monsoon rains have initiated a vicious cycle that is forcing many young farmers to up sticks and migrate to the cities.

In places like Pankhali on the Rupsha River, on the edge of the Sundurbans, the Mullah family is struggling to hold back the encroaching waters. Manan Mullah (70) is the foreman of a team that is in charge of maintaining the system of dikes that protect Satkhira district when the tides rise. Every year, the dike has to be raised by a couple of centimetres. Despite their efforts, water always seeps in, making the soil more saline and polluting the groundwater.

For many, farming has become unsustainable and the draw of the city, with plentiful factory jobs, is strong. Others are clinging on, exchanging rice cultivation for shrimp farming, a less labour intensive activity that still leaves many without livelihoods. Some farmers invest in boats and head into the countless rivers and streams of the Sundurbans to fish but this is putting pressure on communities of fishermen who have plied their trade here for centuries.

The Mullahs have managed to retain a semblance of sustainability with the father working on the dikes, one son farming shrimp and another fishing the rivers. Both of Mannan's sons have built mud houses for their families next to the parental hut but they are the lucky ones. A few kilometres from Pankhali, 30 year old Hamid, a former fisherman, had to leave his family and become a rickshaw driver in Dhaka, the capital. He loved fishing but there was too much competition for him to make a living.

In Dhaka, Hamid has joined another 30 men who have left his village in the Delta and migrated to the city to find work. But the city, with a population of around 14.5 million, will not be able to continue absorbing large numbers of rural migrants who are abandoning their traditional livelihoods in the countryside due to climate change related changes. Dhaka itself, built on the confluence of various rivers, is also at increased risk of flooding.

Bangladesh faces serious demographic challenges in the coming years and both of its neighbours - Myanmar and India - are overtly opposed to Bangladeshi migrant labourers and also experience similar pressure from growing populations and changes brought about by global warming. Bangladesh's climate change refugees are experiencing the sharp end of the effects of climate change on human existence.

A full text by Donatien Garnier (in French) is available upon request. 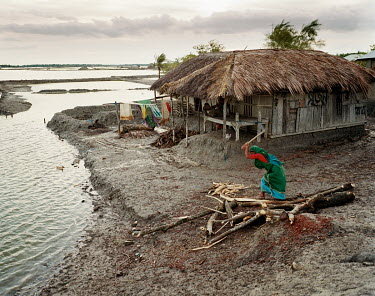 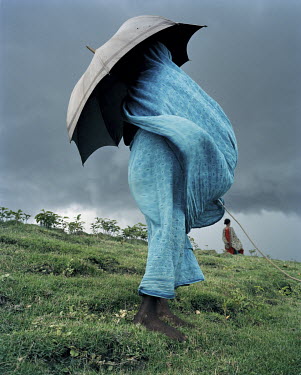 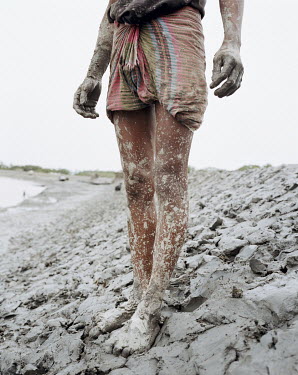 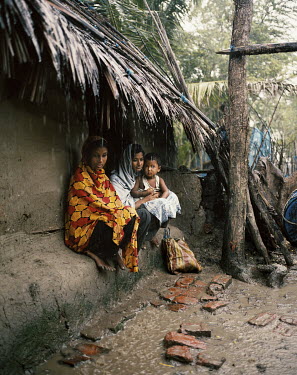 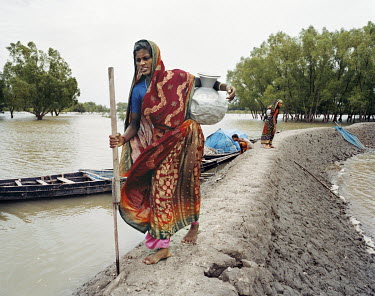 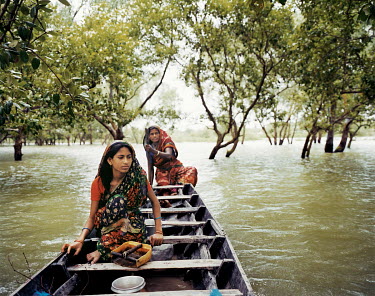 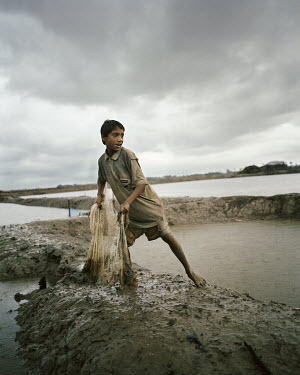 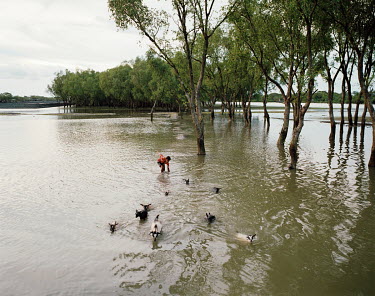 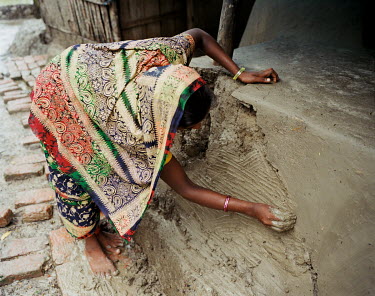 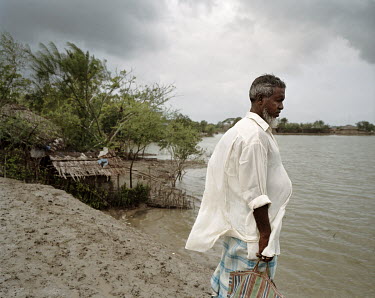 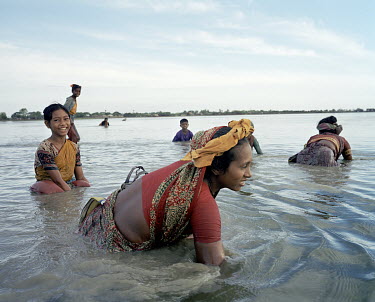 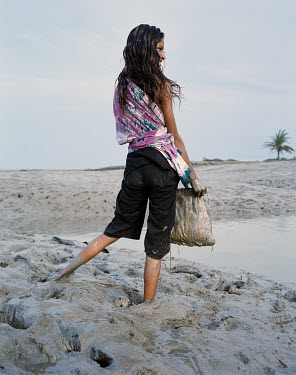 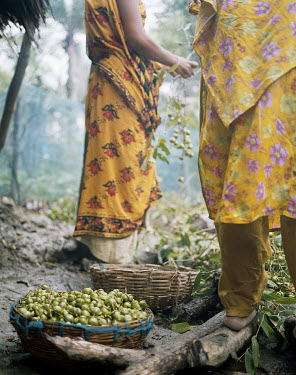 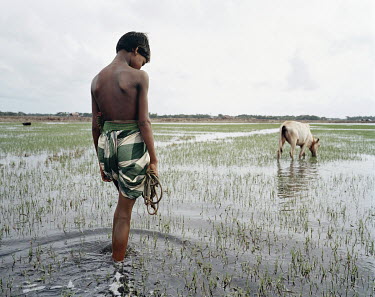 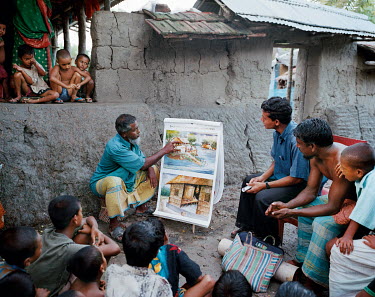 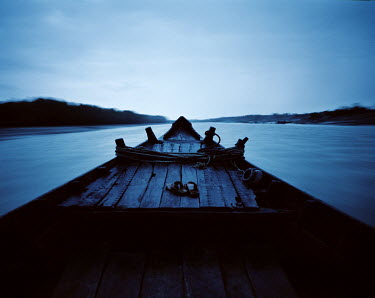 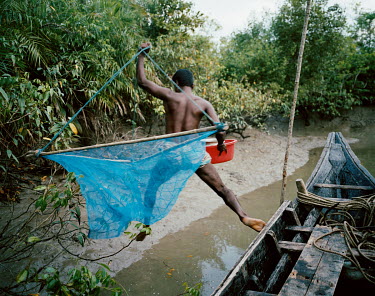 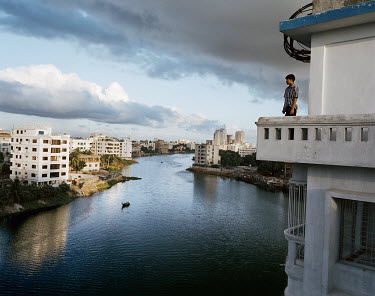 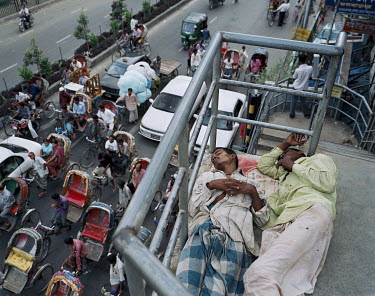 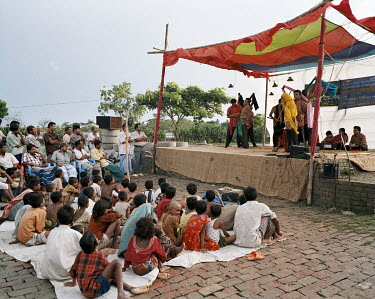 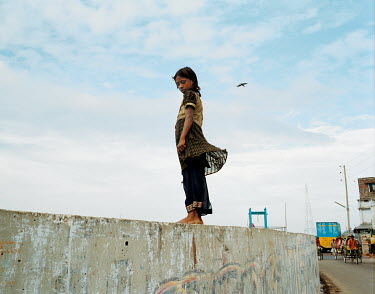 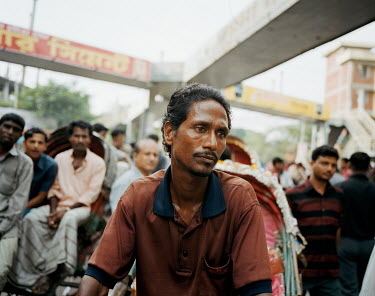 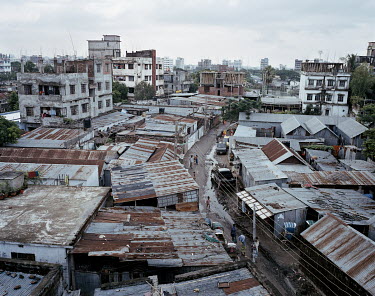 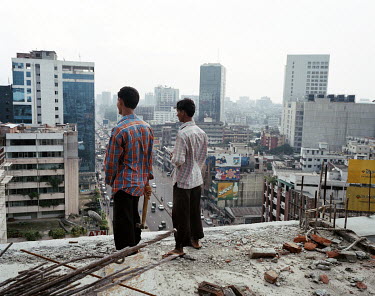 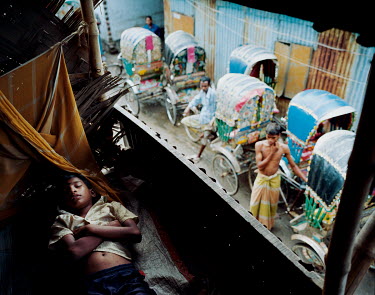