In the Ruins of Sinjar

The Yazidis are a religious minority living in the border regions between Syria, Iraq and Turkey. In northern Iraq they are concentrated around the town of Sinjar at the foot of the Sinjar mountains. Their monotheistic faith, which originated in the 12th century when followers of Sheikh Adi ibn Musafir living in the Sinjar mountains deviated from orthodox Islam, is based on the belief that God entrusted the world to seven Holy Beings, preeminent among them Melek Taus, the Peacock Angel. To Islamist purists like the militants of Islamic State (IS), the Yazidis are apostates and their beliefs sacrilege. In their rampage across Syria and Iraq they have singled out Yazidis for particularly brutal treatment, murdering thousands of men and boys and enslaving women and children.
In August 2014 Islamic State fighters overran Sinjar and other towns in the North of Iraq. Some 200,000 civilians were able to escape the IS advance but another 50,000 fled into the Sinjar mountains where they became trapped without food, water or medical care. Witnessing an unfolding humanitarian tragedy, President Obama authorised targeted strikes of IS positions and food drops for those trapped on the mountain and by 13 August Kurdish fighters had managed to break the siege of the mountain under cover of US airstrikes. In the course of IS's advance, however, some 5,000 Yazidi men had been systematically murdered in villages around Sinjar and thousands and women and girls had been abducted to be used as sex slaves.

It was not until November 2015 that the tide turned in northern Iraq when a coalition of Kurdish Peshmerga and Yazidi militia were able to retake the town of Sinjar from Islamic State with substantial air support from Western powers. The constant fighting over the town has taken a heavy toll, however, and the centre of town lies in ruins.

For the former inhabitants of Sinjar, it is too early to return to their homes, of what's left of them. "ISIS is still only 3 miles away" says Ibrahim Elias, a former petrochemical engineer who has come back to the ruined town "people are afraid that ISIS can return any moment." For this reason thousands of people have stayed in flimsy shelters on the slopes and the top of Mount Sinjar where they feel relatively safe.

For now, all is quiet on this front. IS are dug in around 2 miles from the town with their now notorious black and white flag flies from electricity pylons. Yazidi militia have dug wide trenches to stop vehicles ramming their way into town and have connected up lighting systems for surprise nighttime attacks. "We have few problems" says commander Youssef Ashour. "Once in a while there is an individual attacking with grenades. Desperate suicide actions. We just shoot them."

These fighters have hardly had any visits from foreign journalists and all want to pose for selfless with any visitors. "We are the first line of defence against ISIS" the commander says thoughtfully. "I think people in the West sometimes forget about us."

Teun Voeten visited the town of Sinjar and documented the wholesale destruction of yet another once thriving city in Iraq as it remains gripped in a brutal civil war.


In the Ruins of Sinjar 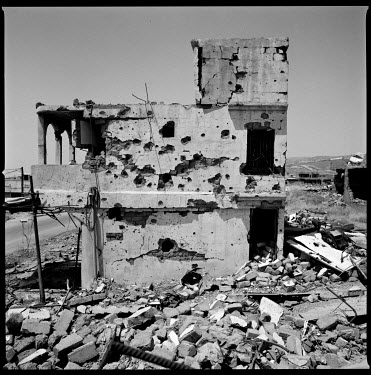 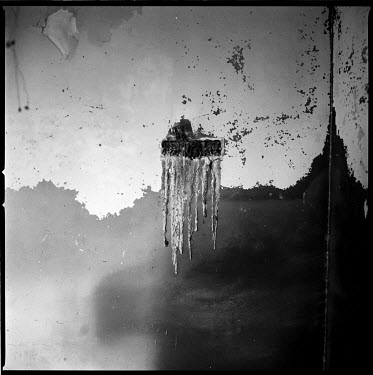 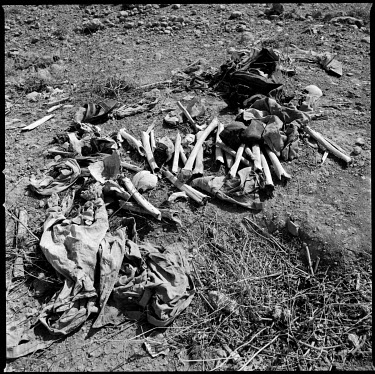 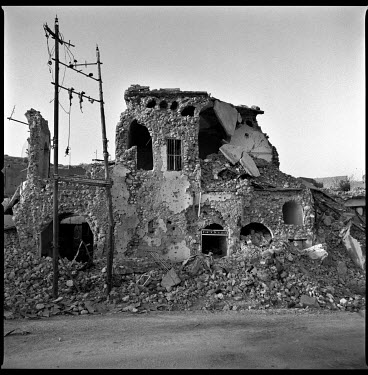 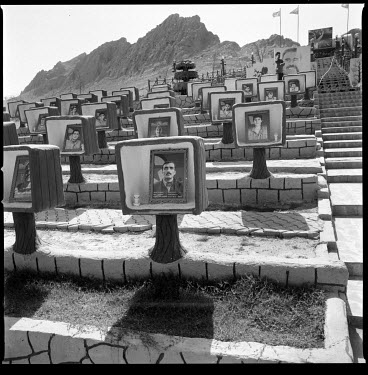 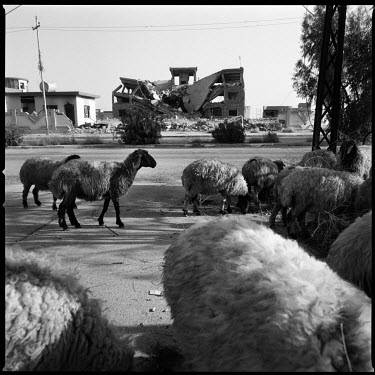 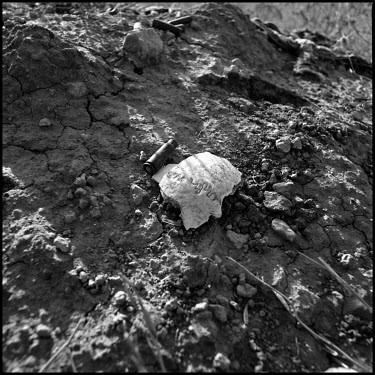 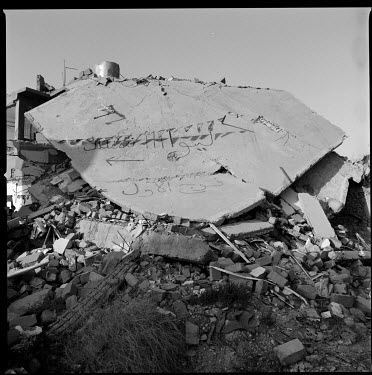 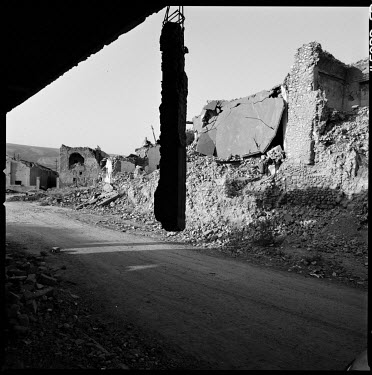 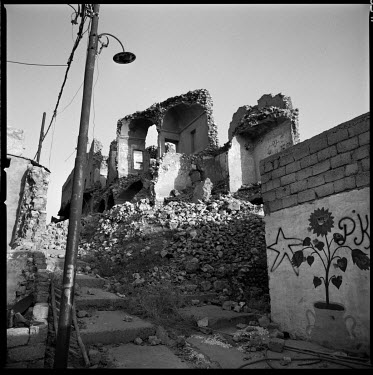 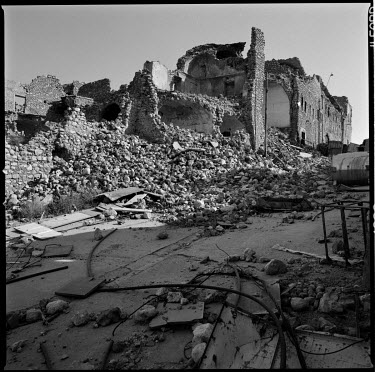 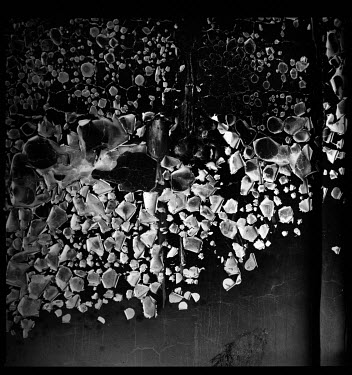 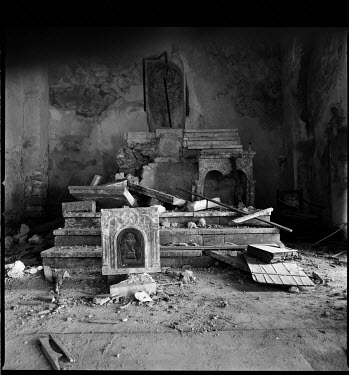 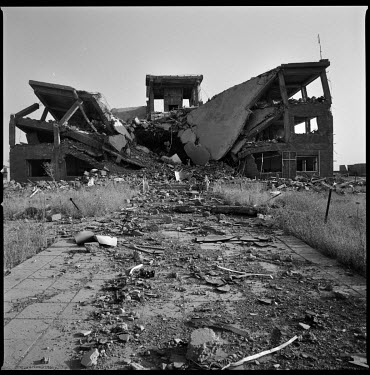 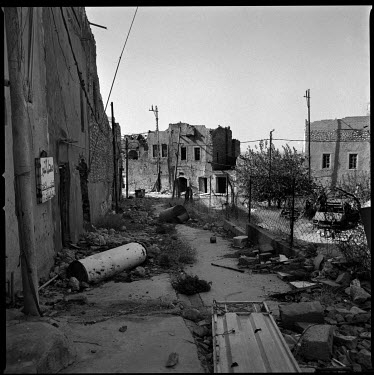 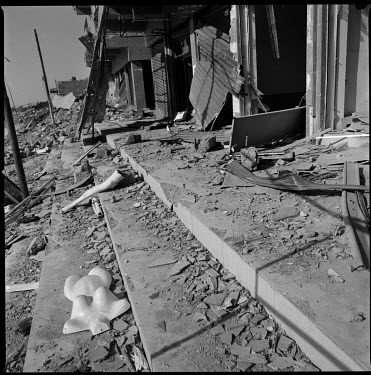 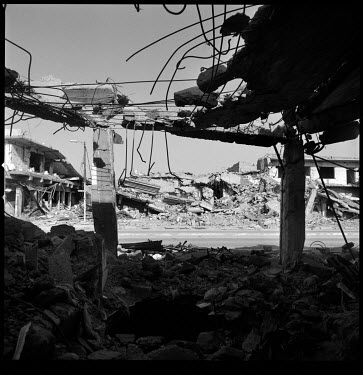 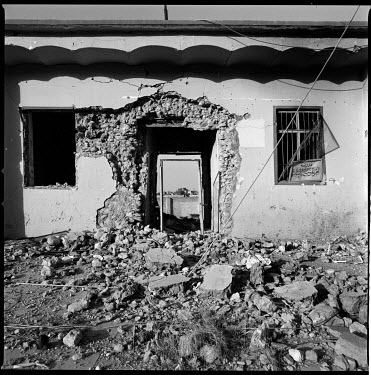 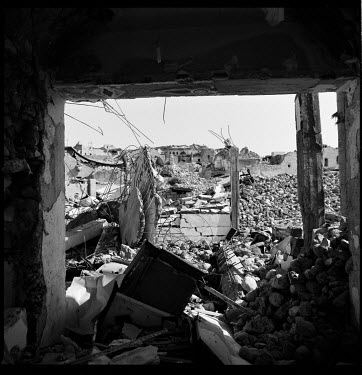 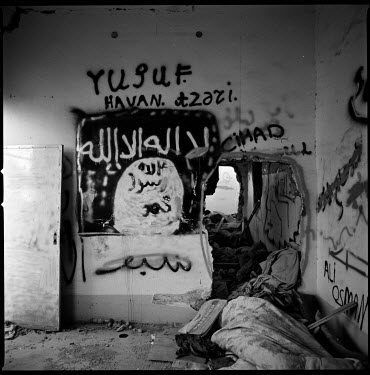 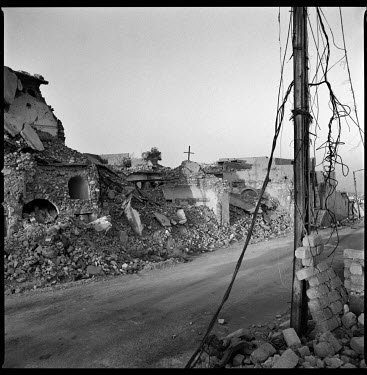 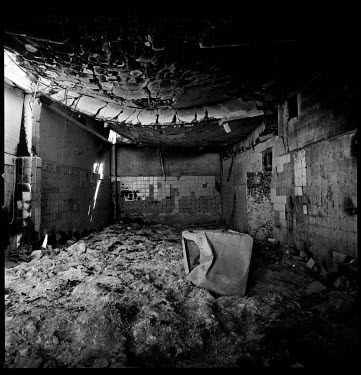 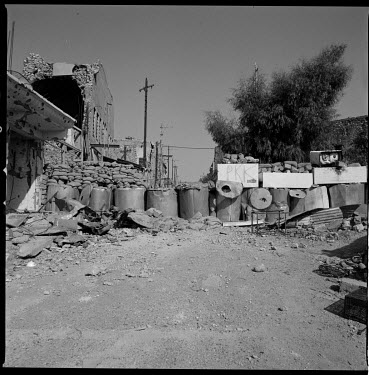 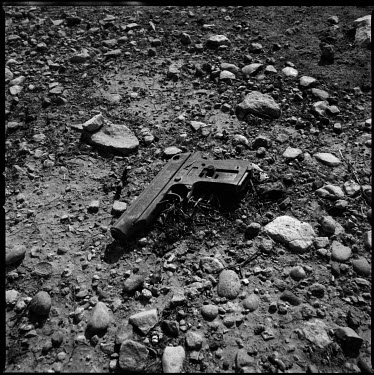 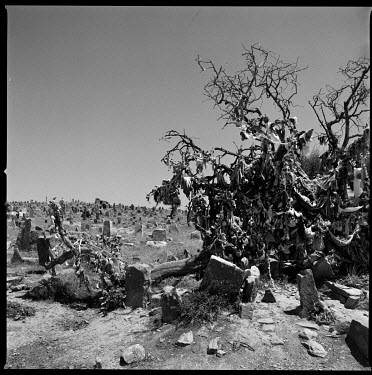 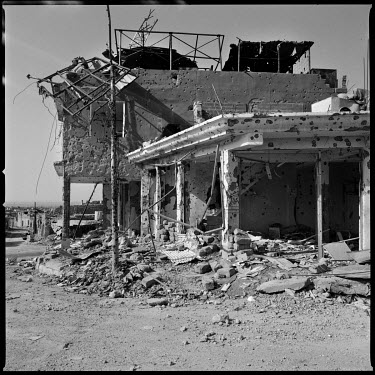 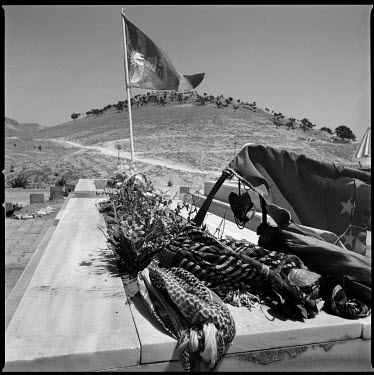 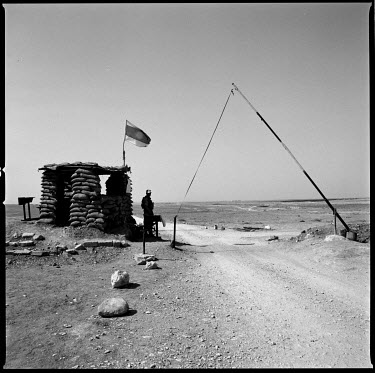