King of the Butterflies

Every autumn the entire global population of monarch butterflies numbering hundreds of millions descends on a relatively small patch of volcanic mountains covered in pine forests near the town of Ocampo in the Mexican state of Michoacan. They will have migrated over distances of up to 5,000 kilometres from the Great Lakes region of North America, flying up to 100 km a day at heights of 1,200 meters. Here they will remain for several months, usually only venturing from their resting places on sunny days and feeding on accumulated fat reserves. This annual pilgrimage comes at the end of an extraordinary breeding cycle that has evolved to perfection to allow these fragile creatures to flourish.

As temperatures start to rise in mid February, the hibernating clusters of butterflies spring to life, ready to mate. For the males, this is the end of the road. After performing their last deed they wither away and die. The females, each carrying up to 500 fertilised eggs, head North - destination: Texas. Here they search out plants of the genus aslepias tuberose, or butterfly weed, which they use as storage for their eggs. The eggs are protected by the poisonous sap of the weed which is unpalatable to birds that might try and eat the pupae.

From Texas they once again head North, repeating the process until they have safely laid their last egg. Now the females too must die, leaving their offspring to continue the journey North. The tiny caterpillars, a mere 2 mm in length, set out to gorge themselves on as much plant matter as they can, increasing their body mass two-thousand-fold, before metamorphosing into pupae, only to emerge a few days later as fully fledged butterflies. They will repeat this cycle of reproduction three or four times until the relay finally reaches the Great Lakes region where they spend the summer building up fat reserves for the enormous journey back South.

The monarch butterfly's ability to navigate has enthralled scientists. Most agree that it has an 'inner clock' and that it uses a 'sun compass' located in the feelers to determine where South is. They also use landmarks such as the Appalachians, the Rockies and the Atlantic coastline to orientate themselves. Researchers believe that the smell emitted by the decomposing males which died after mating in Mexico's Michoacan region also point the migrating swarms in the right direction as they approach their winter quarters.

The monarch butterfly's very existence is now threatened by herbicides used in US agriculture that kill off any plant that hasn't been genetically engineered to withstand the chemicals. Butterfly weed is one of the plants that has been caught up in this eradication process, depriving the butterflies of their safe places where they are used to leaving their eggs. Other man-made interventions, such as the building of the Trump administration's southern wall along the border with Mexico, have cleared large swathes of land where butterfly weed would previously have thrived.

In recent years another threat to the butterflies' winter quarters has arisen from one of the scourges of the Mexican state. Drug cartels have discovered the value of the sacred fir (abies religiosa) which is the main tree type in Michoacan's mountains. Illegal logging is followed by repurposing of the land for avocado plantations that do not offer the safe haven that the butterflies need during the northern winter.

Despite the numerous threats monarch butterfly numbers seem to have stabilised but any tampering with the ecosystems where their unique reproductive cycle and migratory behaviour take place is putting extra pressure on this fascinating creature.

Pascal Maitre walked among the millions of butterflies in Michoacan's forests and explored the daily life of communities living nearby.

King of the Butterflies 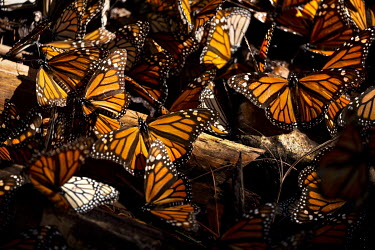 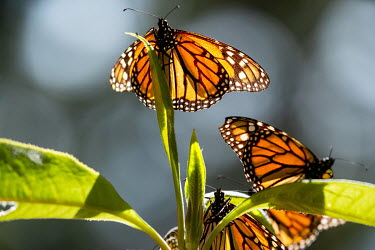 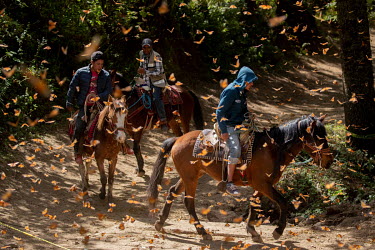 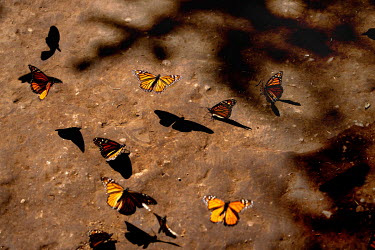 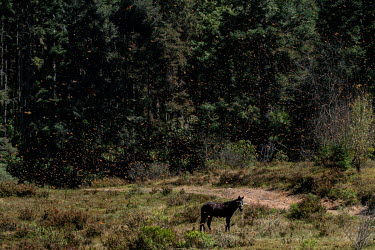 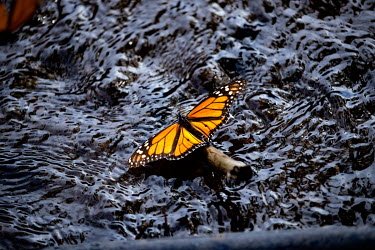 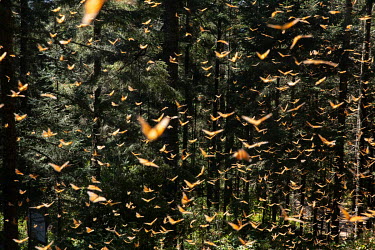 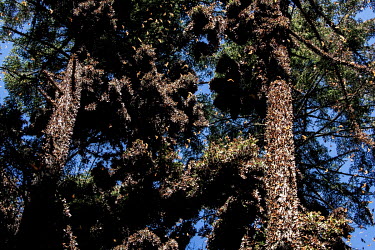 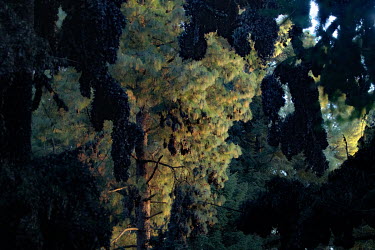 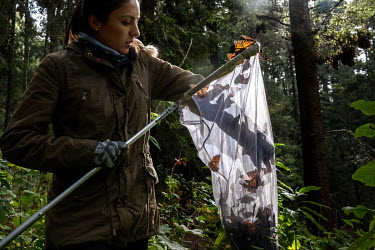 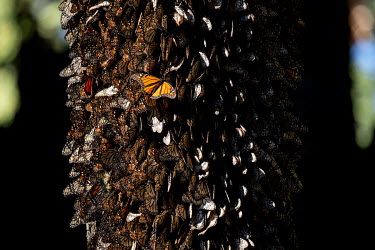 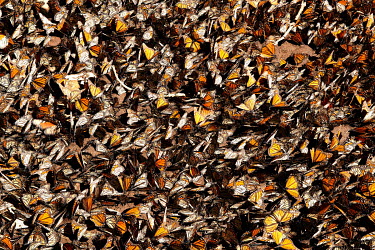 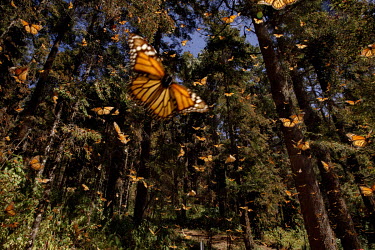 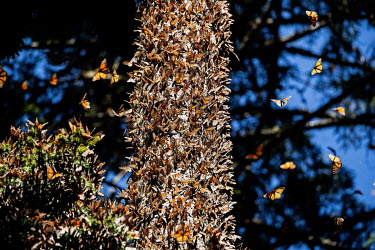 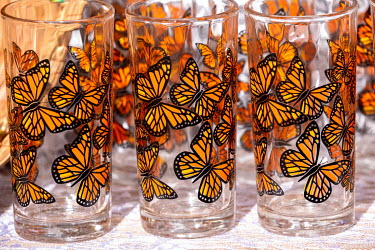 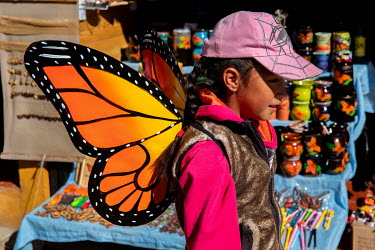 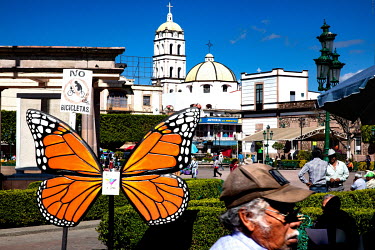 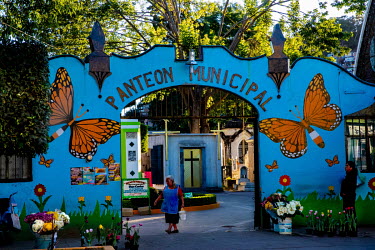 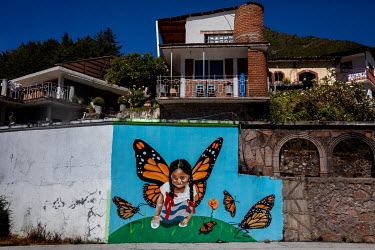 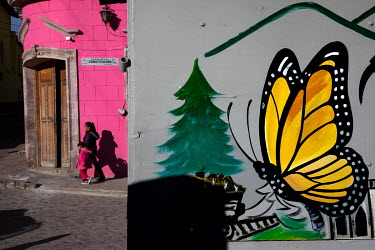 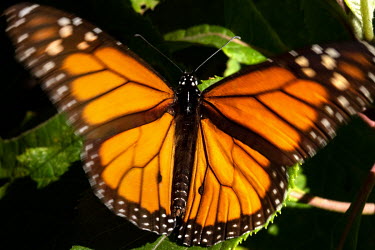