Measuring up to 1.2 metres at the shoulders and weighing the equivalent of three grown men, Senegal's ladoum rams are so highly prized that they can fetch up to 80,000 Euros in a country where 40% of the population lives on around 1.70 Euros a day. There are beauty pageants on TV that rate their beauty and offer substantial prize monies. The country's president is rumoured to own one or several rams.

Sheep are an important commodity in Senegal where over half the population lives in the countryside and many city dwellers retain a close connection to their native villages. During the festival of Tabaski, the Wolof name for Eid al-Adha, the Muslim festival that commemorates Abraham's willingness to sacrifice his son Ismael, hundred of thousands of sheep are slaughtered nationwide and subsequently eaten at family feasts. Families will take out loans to purchase sheep to maintain their social standing.

The ladoum, which are a cross between Mauritanian touabir and Malian bali-bali varieties, are without wool and sport large, curled horns. They have become an important part of Senegalese culture over the past 20 years of breeding. Fully grown ladoum, especially rams, are way to valuable to be sacrificed during the Muslim holiday. Instead, a market for ladoum as luxury pets and breeders has sprung up that seems to defy economic logic. Breeders can charge other owners a fee for getting their ewes impregnated and sell lambs for between 2,500 and 5,000 dollars. Criminals have also cottoned on to the high value invested in these creatures and sheep theft is becoming an increasing worry for breeders and owners.

For this year's edition of the Biennale Off Dak'Art and a new book by Editions Vives Voix, Sylvain Cherkaoui took his mobile studio to meet some of the proud ladoum owners who posed with their prized possessions. 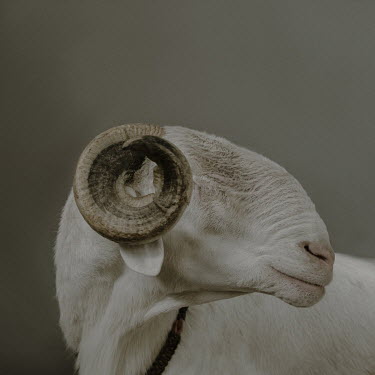 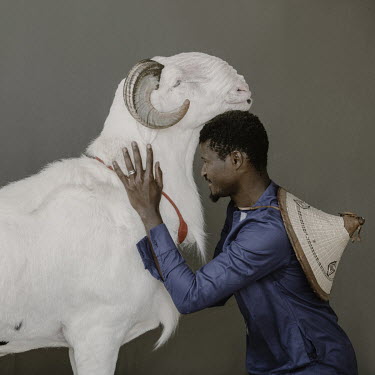 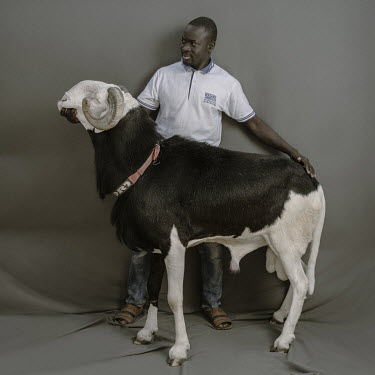 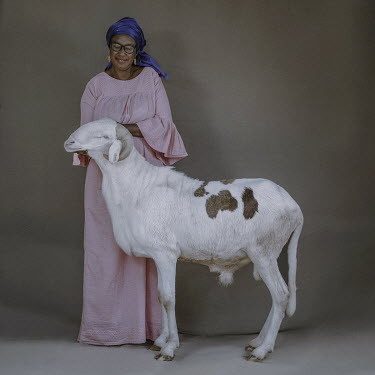 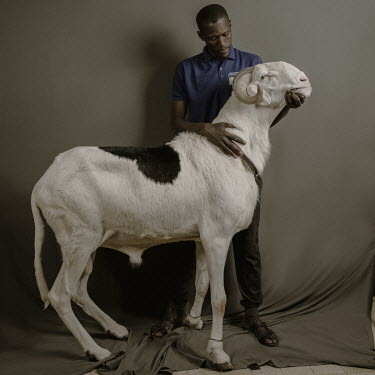 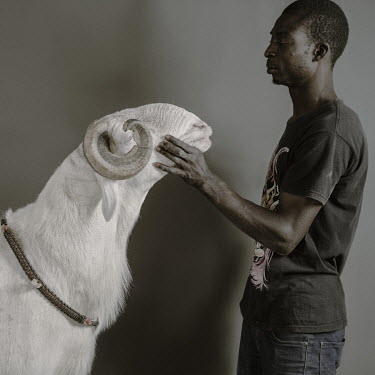 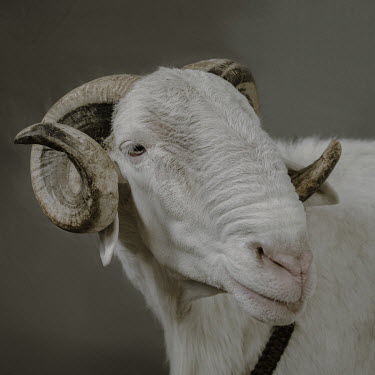 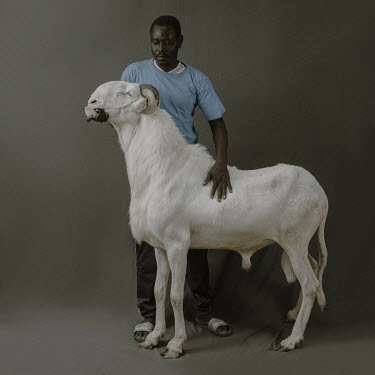 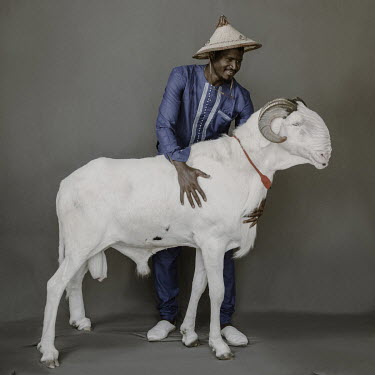 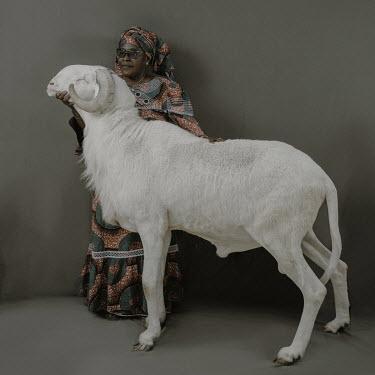 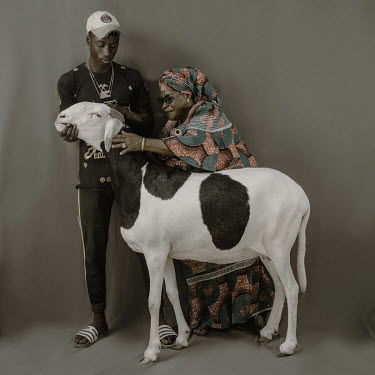 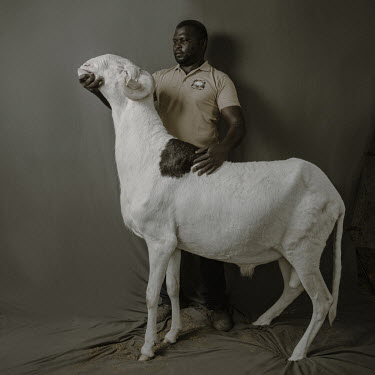 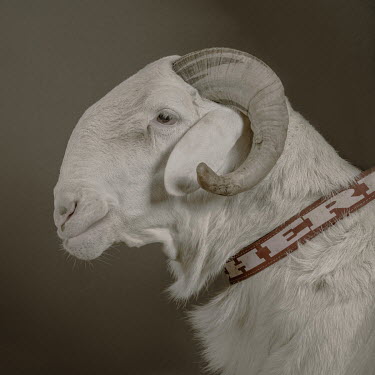 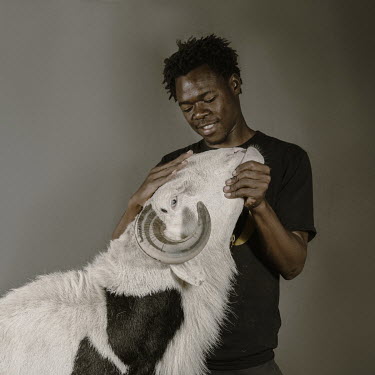 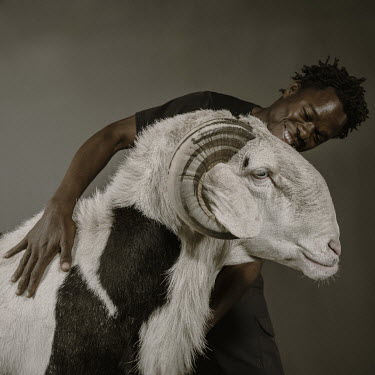 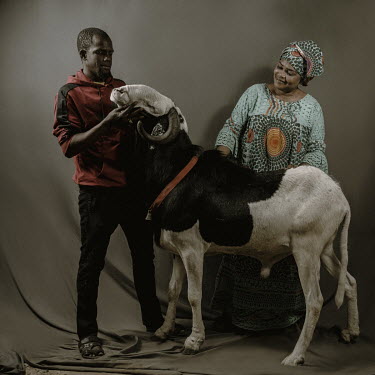 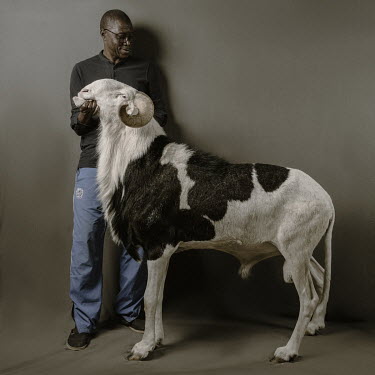 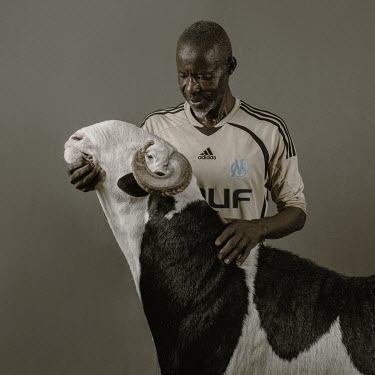 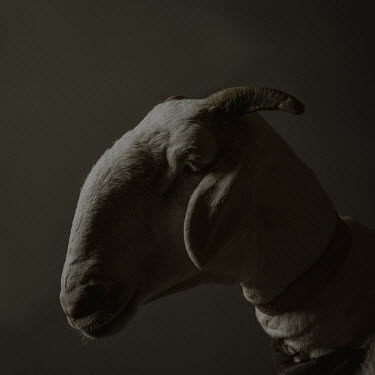 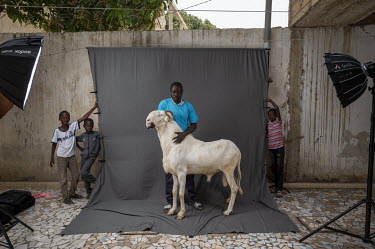