On the slopes of Mount Ijen in eastern Java, a group of around 110 local men carry out one of the most demanding and dangerous jobs. Ijen is one of around 130 active volcanoes in Indonesia and while it hasn't erupted since 1999, the crater has filled with a one kilometre wide lake, the largest highly acidic lake in the world. An active vent from inside the mountain spews out volcanic gases high in sulphur which pour down into pools on the ground that turn bright yellow when they cool. This is what these men make the climb to the top of the crater's lip, at 2,600 metres above sea level, and the descent into its crater for. At around USD 8 a day, their wages are respectable for local living standards but the conditions, and the potential long term damage to their health, makes this a thankless task.
Starting their ascent in the middle of the night, guided through the thick volcanic fumes only by their headlights, the sulphur miners trudge up the mountain with their tools - a large metal spike, a pair of baskets and a wooden rod - in hand. By the time they reach the top of the crater lip, the fumes become intense and would usually require breathing equipment. These miners, however, are used to the conditions and simply put a rag in their mouth to ward off the worst effects of the gases.

When descent into the crater is down a slippery, rocky path that remains constantly moistened by the fumes rising from the lake's surface. At the lake's edge the miners get to work, hiving off chunks of bright red sulphur which are loaded onto baskets which they will have to later carry back up the crater and down the mountain. Most miners make the roundtrip twice a day, carrying up to 90 kgs in two baskets balanced on their shoulders with the wooden rod. The veterans all have permanent groove on their shoulders where they rest the heavy loads.

The company that mines the mountain for sulphur, PT Candi Ngrimbi, insists that the miners are given paper masks but most refuse to use them. The miners are also given health insurance by the company. Some 13 tonnes of raw sulphur are extracted from the mountain per day. Most of which is used in the sugar refining process at nearby factories. The rest goes into making soap, skin treatments and explosives.

Little is known about the long term effects of inhaling the high levels of sulphur and other substances on human health. US regulars recommend a maximum level of 2 parts per million in the air for safe workplaces. These miners most probably inhale air 30 times higher in sulphur content on a daily basis. Yes most of the miners are happy to do the work, at least while they're fit and healthy enough, as they would otherwise end up farming like much of the rest of the local population, and make much less money.

Tommy Trenchard climbed up Mount Ijen with the sulphur miners and experienced their daily work environment at first hand. 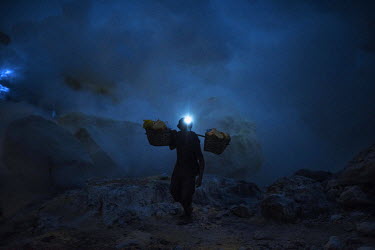 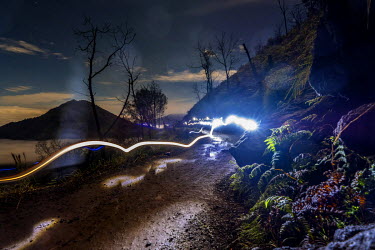 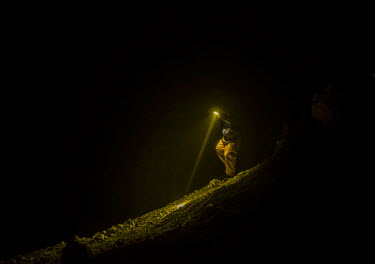 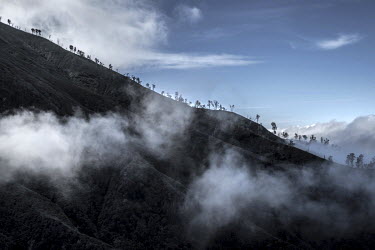 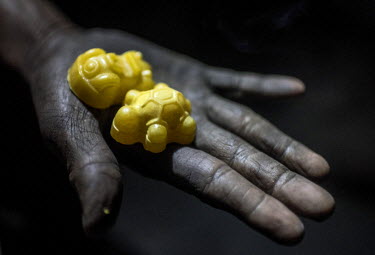 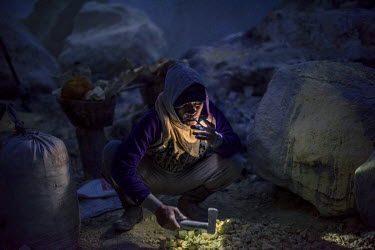 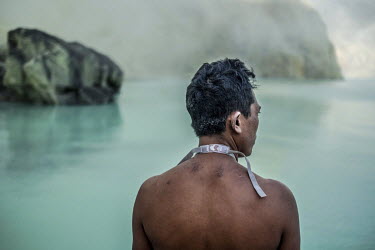 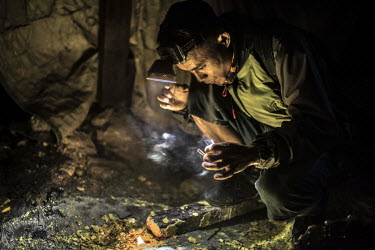 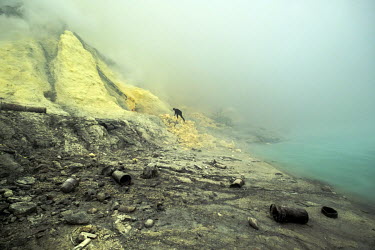 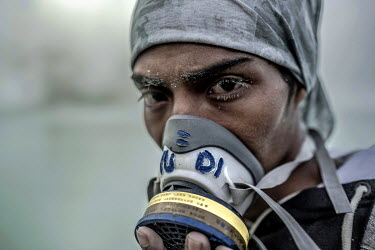 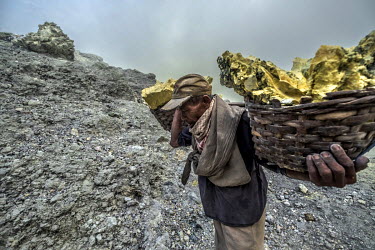 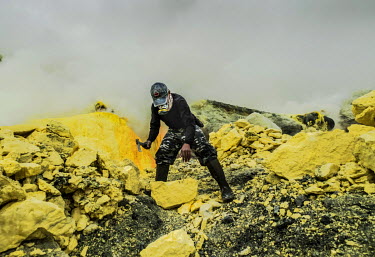 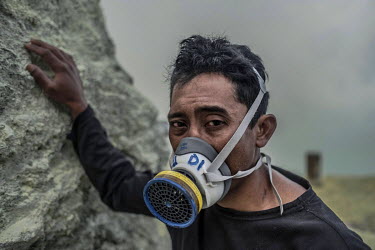 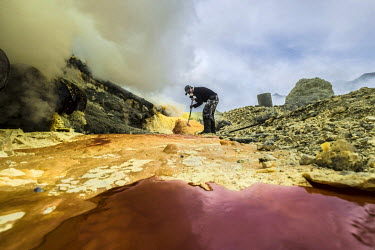 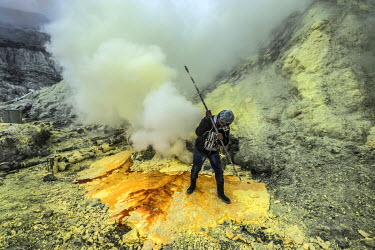 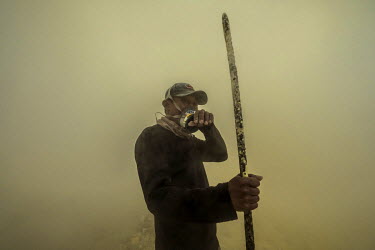 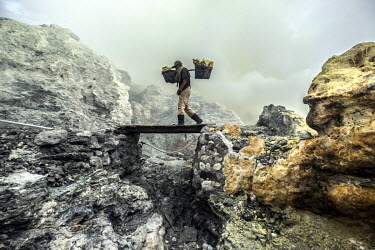 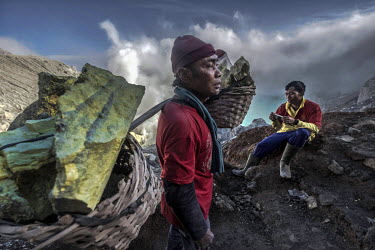 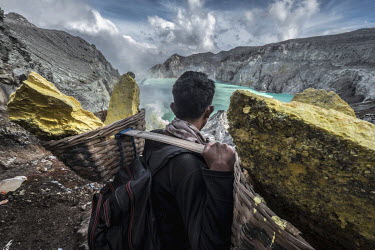 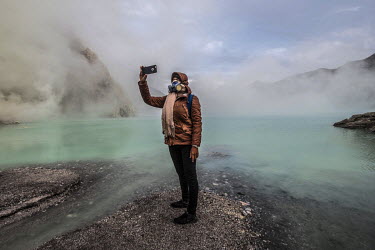 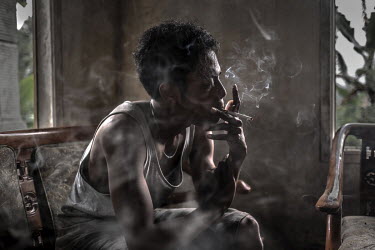 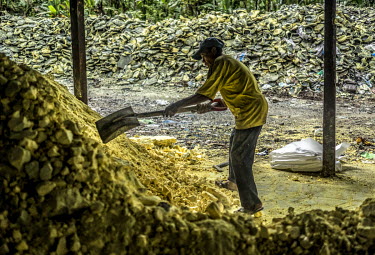 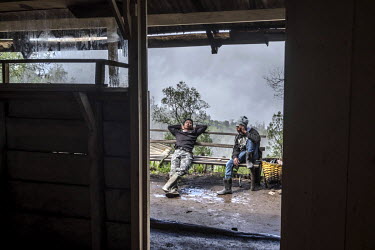 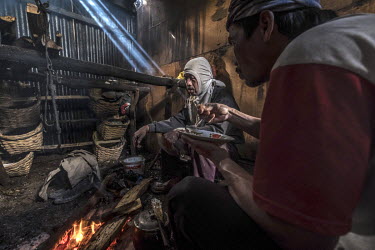 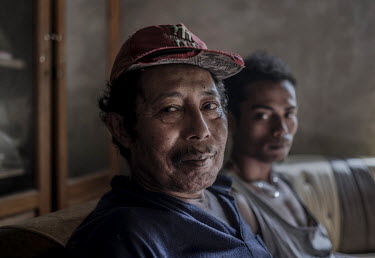 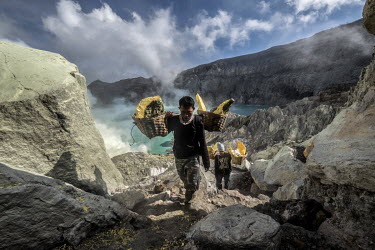