While conflict diamonds have made their way into the news headlines and become the target of high profile campaigns to ban their use, the jade industry has largely escaped such scrutiny. Yet in Myanmar's northern Kachin state, a mountainous and forested expanse on the country's border with China, the precious stone has driven, financed and perpetuated a conflict between various local, mainly Christian militia and the central government, represented in these remote parts by largely autonomous army units. Worth around $ 31 billion, or half of Myanmar's GDP, in 2014 according to Global Witness, an international watchdog, jade extraction has long been a huge source of tension and corruption, drawing in military-linked and Chinese companies and a host of rebel commanders and drug traffickers active in region. And while at least some of the proceeds should end up in the coffers of the national government, the vast majority of jade is smuggled across the border into China through a web of interconnected networks.

Until the 1990s the Kachin Independence Army (KIA), one of a number of ethnic militia that have been fighting the central government since independence in 1948, held sway over some of the main jade mines, financing its military campaign through the sale of the gem. Since the government regained large amounts of territory in northern Myanmar, however, most of the larger jade mines have come under the control of army-affiliated companies whose totally unaccountable extraction of jade has been called the "biggest natural-resource heist in modern history" by Global Witness.

In the shadow of the huge mines where massive industrial machinery rips up entire mountains, piece by piece, in the search for the precious stones, communities of scavenger miners have developed over the years, thought to number up to 300,000 people from all over Myanmar. When trucks dump the detritus left after the larger stones have been removed onto the ever growing slag-heaps, thousands of miners descend onto the slopes, picking through the rocks in the hope of finding a piece sellable stone. Though the work is hazardous, killing hundreds every year in landslides and other accidents, the distant promise of a life-changing find continues to draw poor labourers.

By some estimates at least three quarters of the miners are addicted to heroin, grown and widely available in the Himalayan foothills. Needle sharing and unhygienic conditions have contributed to an explosion in the spread of HIV. The meagre profits most miners make from their daily scrabble down the slag heaps is not entirely theirs to keep.

As the KIA has been losing ground to government forces over the past years its income from jade has shrunk. To recoup some of the lost revenue the Army now levies a tax on any gems the miners manage to extract. "The KIA says it's their land, so we have to give them money" says a jade picker living under a tarpaulin with his 15 year old nephew. "If we don't pay and their informers find out, they will shoot us."

Steadily rising demand for jade from China's growing middle class and political elite fuel the merciless extraction of Myanmar's natural riches. Locals grumble at the Chinese dominance of the industry but feel powerless in the face of the many vested interest and the opaqueness of the trade in the precious stones.

Adam Dean travelled with journalist Hannah Beech to Hpakant in Kachin State to document the precarious existence of Myanmar's jade miners as they eek out a living on the slag heaps. A full text is available on request. 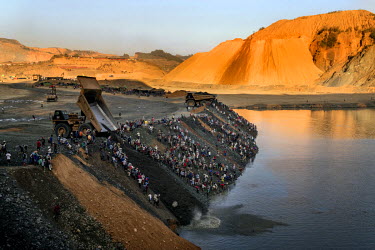 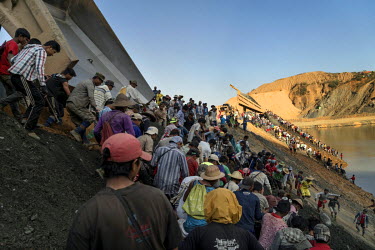 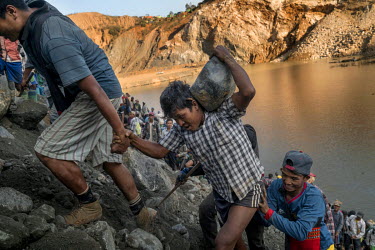 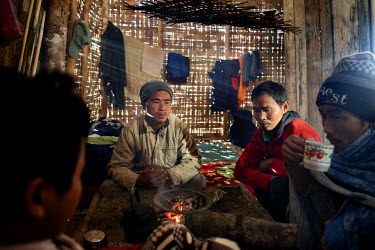 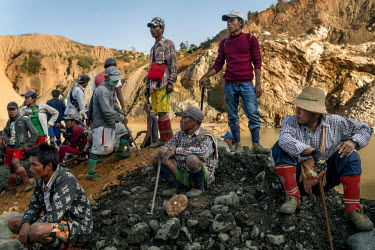 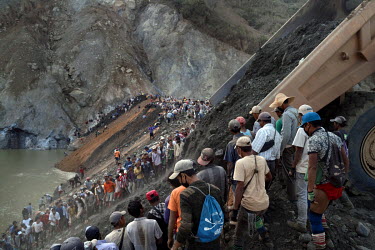 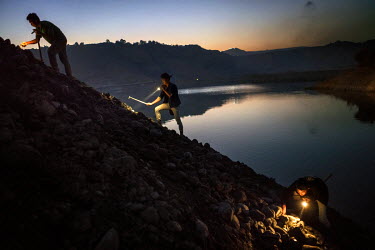 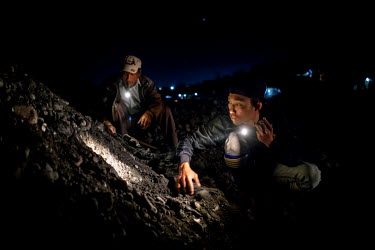 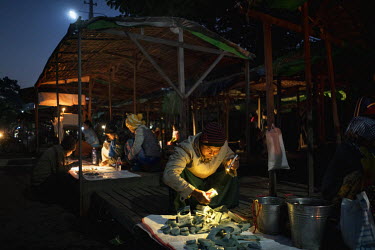 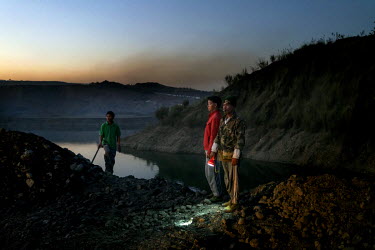 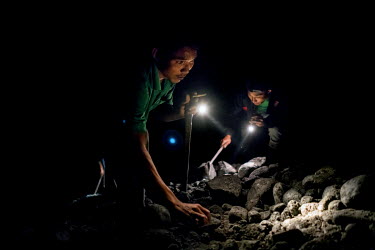 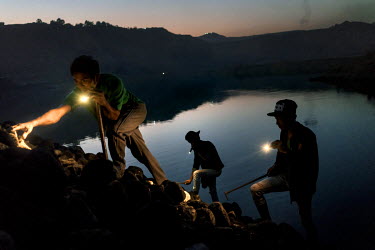 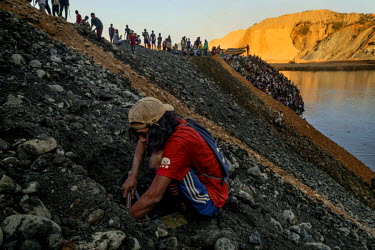 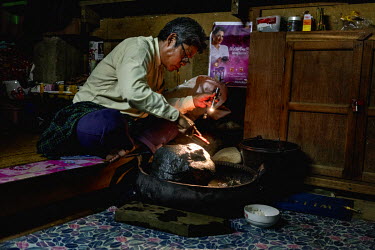 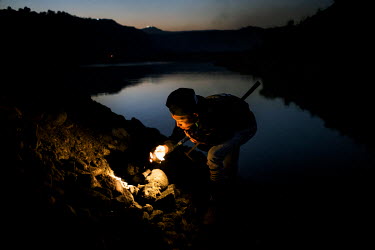 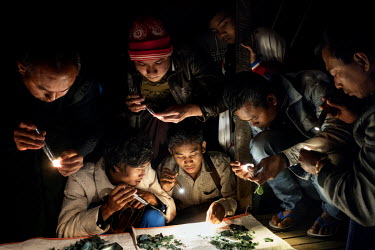 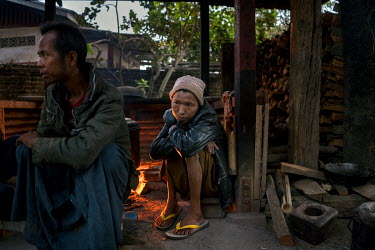 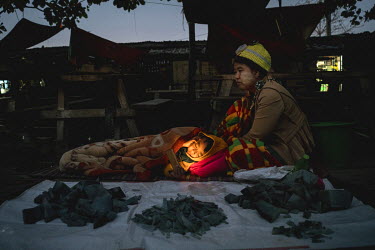 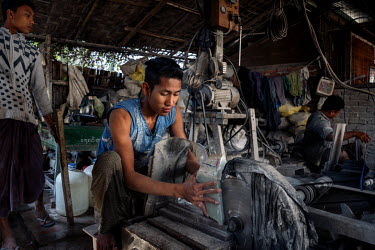 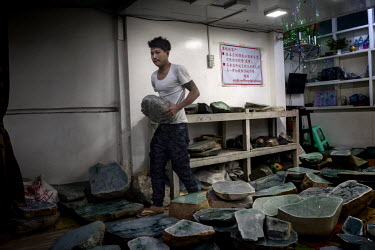 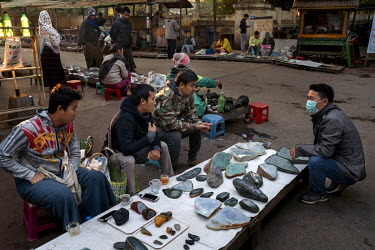 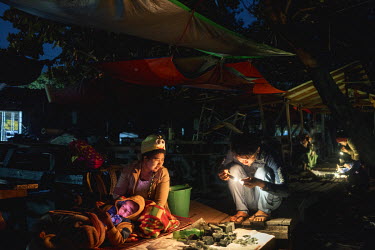 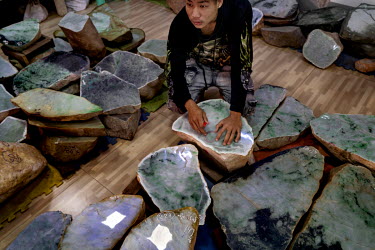 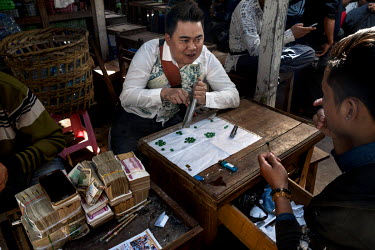 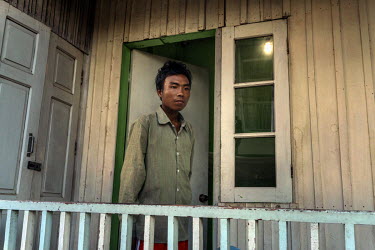 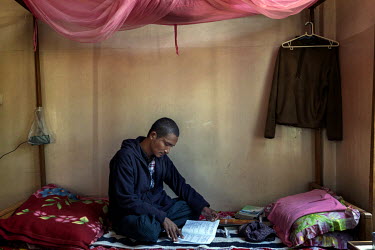 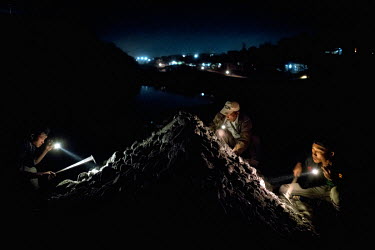 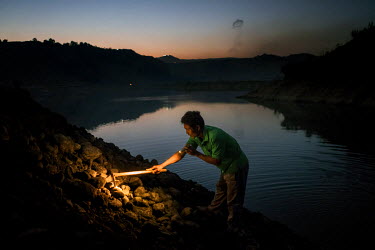