No Shelter from Fear

Colombia has been at war with itself for almost half a century, a war that has cost the lives of tens of thousands of people and has displaced millions Colombians from their homes. Rooted in the devastating civil war that ripped the country apart in the 1940s and 50s, paramilitary groups aligned to either side of the conflict have carried on their fight in Colombia's countryside, ostensibly responding to threats from each other and in defence of different groups but increasingly profiteering from the rich pickings of the country's huge output of cocaine. At 5.2 million people, Colombia's Internally Displaced People (IDP) rate is an astonishing 12% of the population and puts it second only to Sudan in terms of people uprooted from their homes by violence. Despite its initially ideological causes, much of the conflict now revolves around the production and smuggling of drugs, mainly marijuana and cocaine, the proceeds of which are used to perpetuate the armed struggle. Amongst a number of smaller outfits, the Revolutionary Armed Forces of Colombia (FARC) and National Liberation Army (ELN) on the left of the political spectrum and the United Self-Defense Forces of Colombia (AUC) on the right dominate what has become a complex web of interconnected conflicts being fought by means of extortion, kidnapping, guerilla warfare and other means. Since the late 1990s, the USA has stepped in with its "Plan Colombia", an ambitious scheme to help eradicate coca cultivation and assist the Colombian government in fighting the militias.

The losers, as so often in these situations, are overwhelmingly ordinary people who find themselves in the wrong place at the wrong time. For farmers in the countryside, danger can lurk in many places. No means of enrichment are too base or specialised for many of the armed groups and evictions are commonplace, leaving farmers with no livelihood and few legal avenues to reclaim what is theirs.

Guillermo Rendon's story is typical of how easily civilians can get sucked into the wider conflict. He witnessed a group of loggers stealing wood from a local farm and reported the incident to the police. A few days later, while his wife was out shopping for groceries, armed men stormed into the house, dragged him out and shot him at close range through the mouth. His wife Leidy, fearing for her own and her children's lives, refused to reveal what she suspected to the police - that the loggers belonged to Los Chicos, the local paramilitary group in Tolima, a small town southwest of the capital Bogota.

A few days later, Leidy received a letter with a large skull drawn on it. The message was simple: "We give you five hours." Like so many others caught up in the murderous fighting, Leidy took her three children and fled to Bogota where she has sought refuge in one of the dozens of slums ringing the city. Though they now occupy a decrepit 10 square metre shack surrounded by other frightened recent arrivals Leidy's instinct was to move to an urban centre since they are perceived to be less at risk than the lawless countryside.

Colombia's last president, Alvaro Uribe, was able to improve the internal security situation to some extent during his two terms in office but his methods were seen as overly focused on a military solution to the long running conflict. Under his successor, Juan Manual Santos, guerrilla activity and clashes with security forces have once against started to edge upwards.

Mads Nissen received funding from the Manuel Rivera-Ortiz Foundation for International Photography which enable him to work with writer Lene Winther to cover this ongoing and often sidelined conflict which has been blighting the lives of tens of thousands of Colombians for decades.

No Shelter from Fear 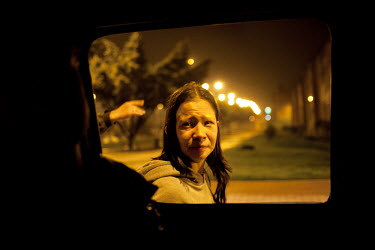 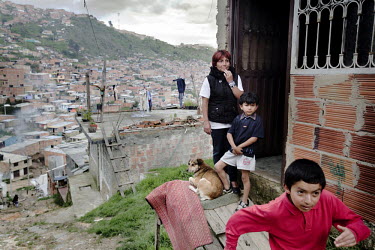 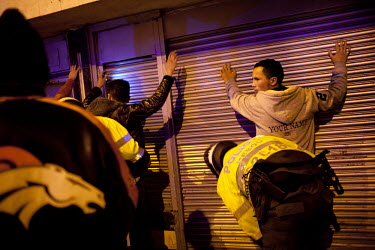 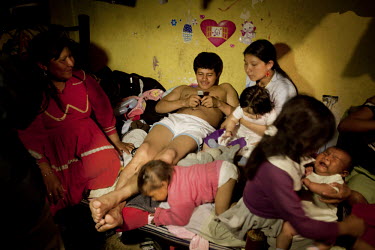 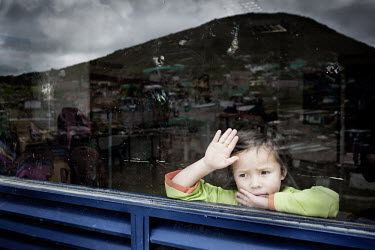 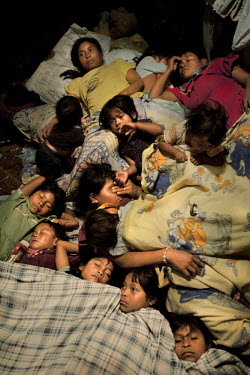 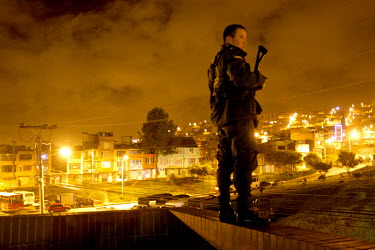 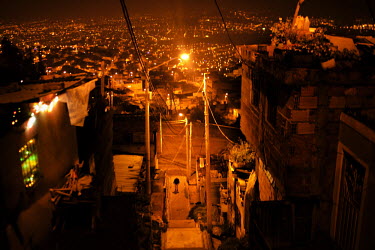 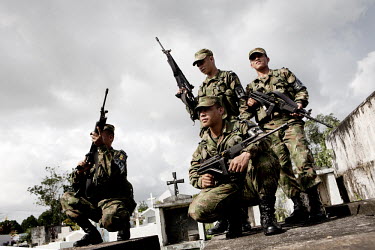 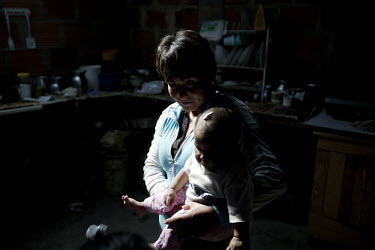 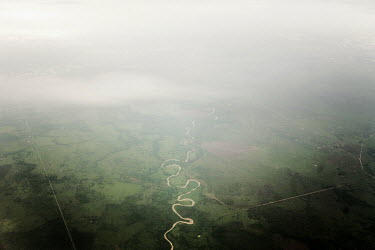 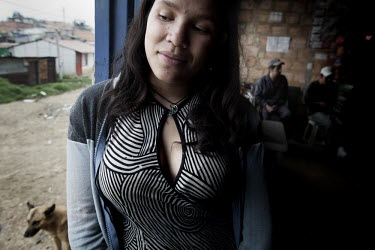 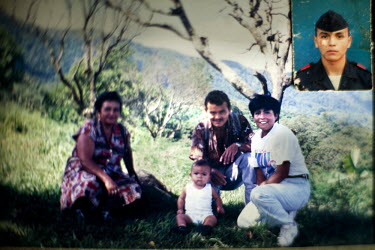 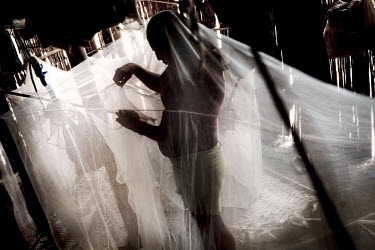 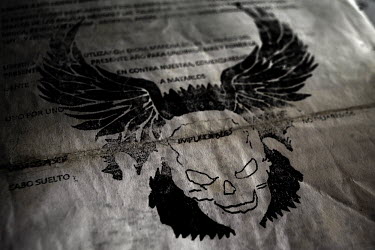 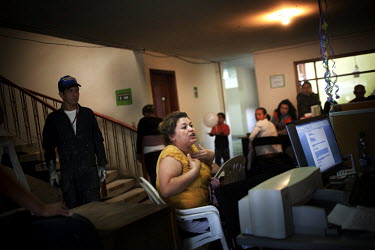 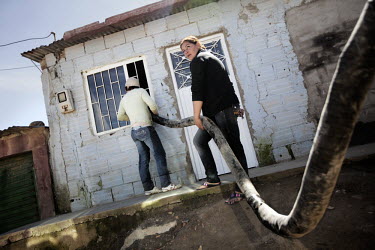 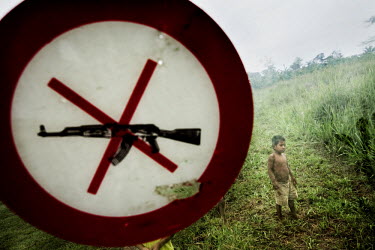 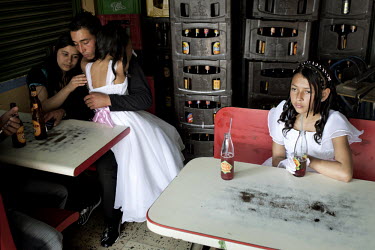 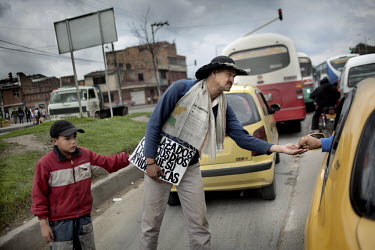 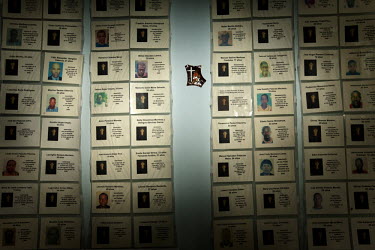 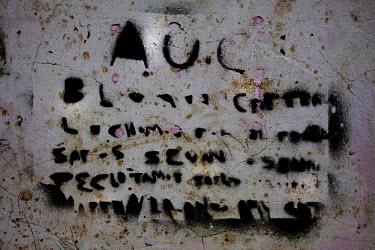 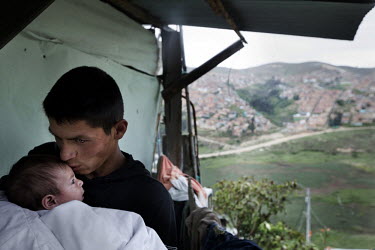 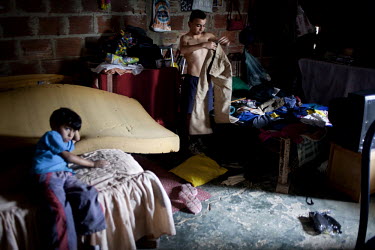 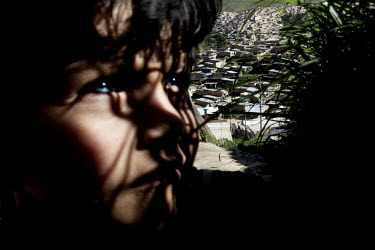 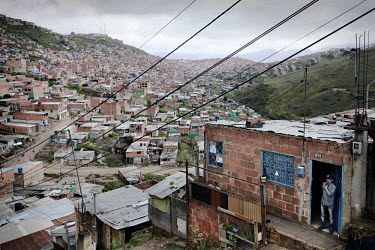 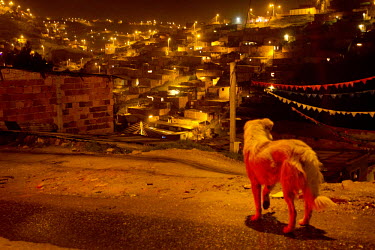