No Shelter from War

Since the very beginning of Ukraine's ongoing internal convulsion Iva Zimova has been visiting the country regularly and has travelled from East to West and from Kiev to Crimea, now under Russian control, documenting the effects of the complex situation on the lives of ordinary Ukrainians. In her latest project she decided to picture individuals in the East of the country, the Donbas region, in front of their destroyed houses. Over 6,000 people have been killed and more than a million displaced by the ongoing fighting and tens of thousands of people have lost their homes and all their worldly belongings. When she met people who lost everything she asked them about their experiences. 'The shell was a gift we received from Ukraine', says one. A second blames pro-Russian separatists. A third cannot believe that brothers are shooting at brothers. Be that as it may, the result is the same. Both sides have lost everything they held dear; lives, homes, and hopes. Many in the Donbas region had saved what little they had to buy their families houses or apartments. They slowly improved and modernised them but in a split-second, only ruins were left. I travelled in many parts of the war-torn Donbas. I spoke with innocent people who just happened to be living in occupied territory. I photographed them in front of their damaged or destroyed homes, listened to their frustrations, and hugged them, promising everything would soon be fine. The battle for Ukraine is not only a fight on the front lines. It takes place in heads and hearts.

No Shelter from War 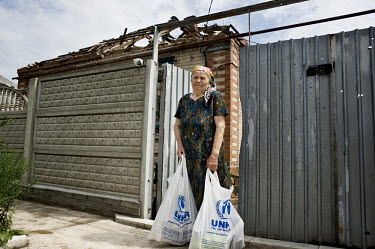 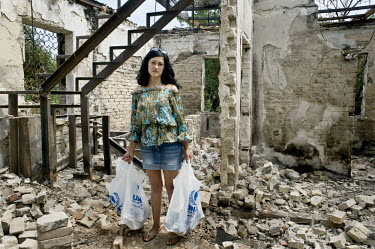 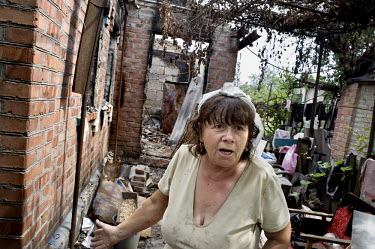 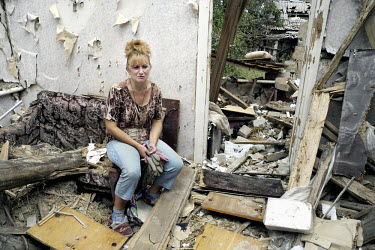 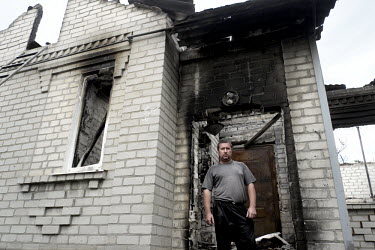 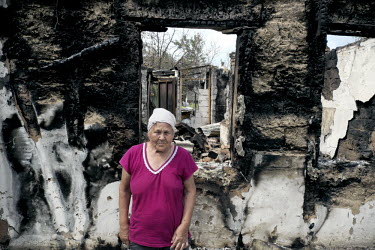 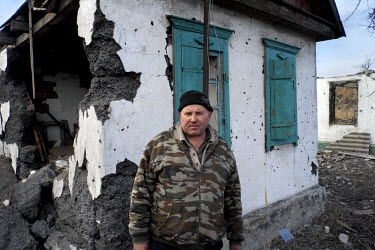 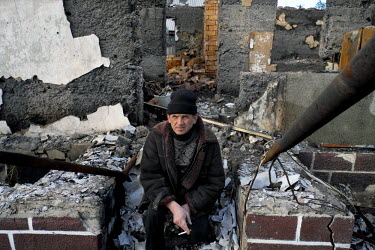 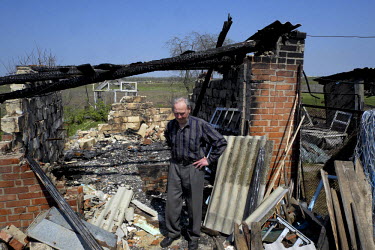 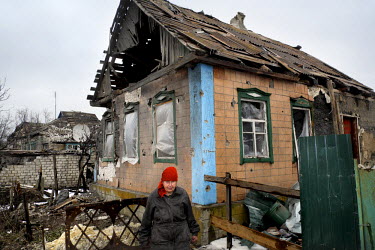 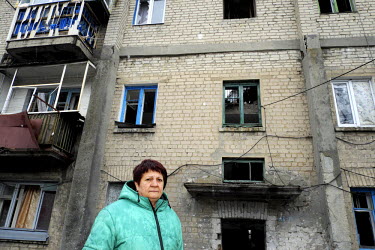 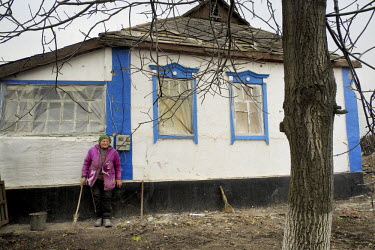 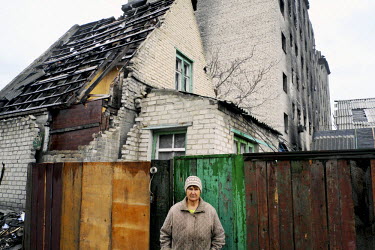 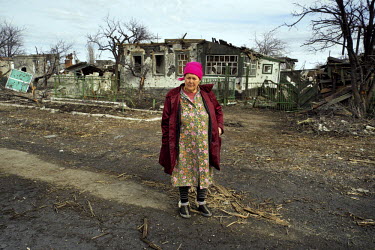 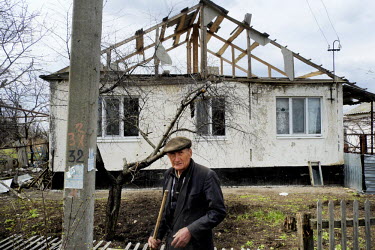 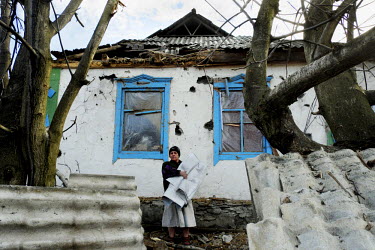 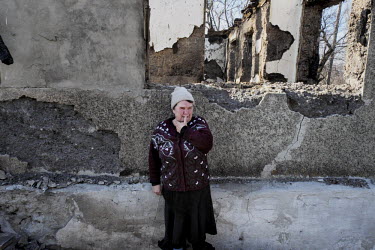 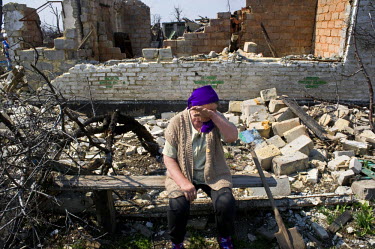 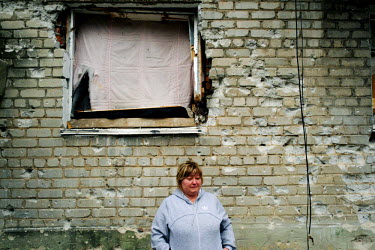 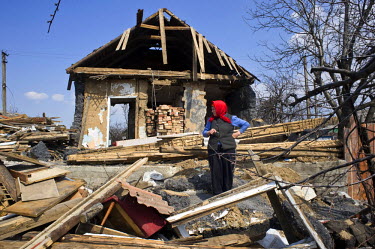 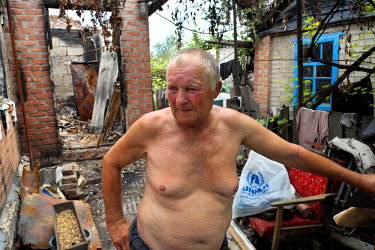 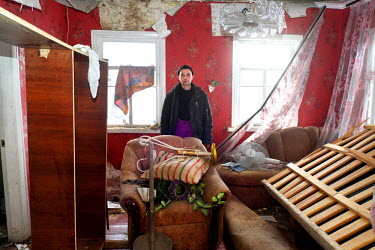 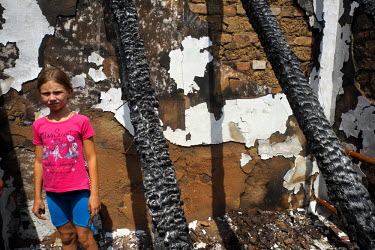 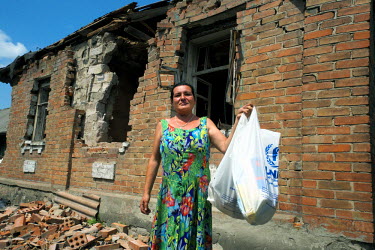