Would you open your home to a stranger? These intimate portraits and their accompanying captions show how refugees and the people who have welcomed them into their homes are living together in five countries across Europe - and how both benefit from the arrangement. From a young Syrian LGBT artist who found a fresh start and friendship in Malmö, Sweden, to a 72-year-old Eritrean saved from sleeping on the streets by a Birmingham couple in the UK, the collection shows acts of compassion, but also the human face of a refugee crisis often portrayed in negative stereotypes. The refugees Aubrey Wade met have brought warmth and happiness to their new homes, say the hosts involved in his ongoing long-term project. "Even after everything he has been through he is such a gentle soul and such a lovely, positive person," says Shoshana of Faraj, a devout young Muslim forced to flee Aleppo and now living with her Jewish family in Cambridge, England.

"The whole experience enriched my life, with friendship and companionship," said Margarethe, a primary school teacher hosting Souad, a photographer from Iraq, in a small Austrian town near the Slovenian border.

The hurdles that refugees have to overcome on arriving in a foreign country, or as a stranger in an unfamiliar city, are also reflected in the series.

"To be completely helpless, that was the hardest thing," says Inas, an entrepreneur from Damascus, about arriving alone in Berlin, Germany, and not being able to read or understand anything around him. "Suddenly I was not a grown-up man with a life anymore. I felt like a child, as I needed help with everything."

Sabine, who hosts Nooria and her daughter (2) from Afghanistan in rural Austria, says her neighbours had reservations and concerns at first, "telling us we cannot take in a stranger, that they will steal from us. But then, when they met Nooria, they changed their minds". "Their tone and language completely changed after meeting her."

When people live together they form relationships and a stranger soon turns into someone familiar. As Chaim Jellinek says, "integration is not one-sided work, it's a process from both sides."

"The enduring impression this project has left on me is the way in which the lives of both the hosts and the refugees are positively enriched by the experience of living with each other," says Aubrey Wade.

The ongoing series was developed by Wade in partnership with UNHCR, the UN Refugee Agency, with stories written by Nadine Alfa and Clémentine Baron (available on request). The collection so far includes portraits from Germany, Sweden, Austria and the UK, and a new chapter from France will be added soon.

An exhibition of the series is now on show at St Martin-in-the-Fields at London's Trafalgar Square until 16 March 2018. The show launches the UK chapter "Great British Welcome", with portraits and stories from around the UK shown alongside work from Germany, Austria, Sweden and France. Please click here for more information on the exhibition. 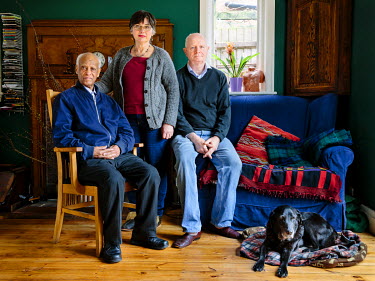 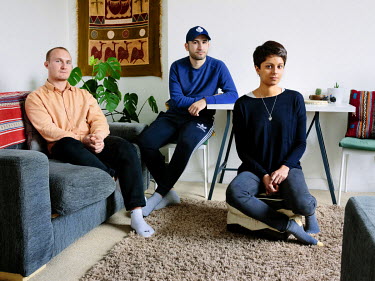 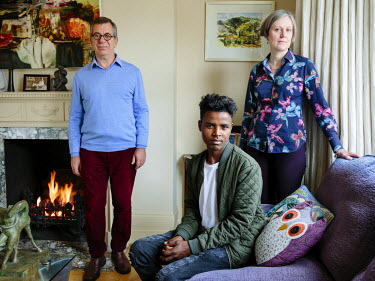 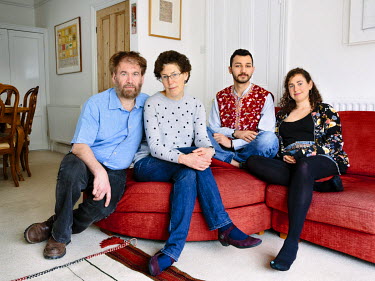 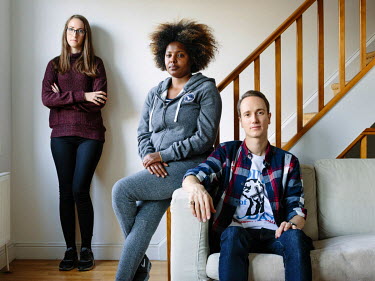 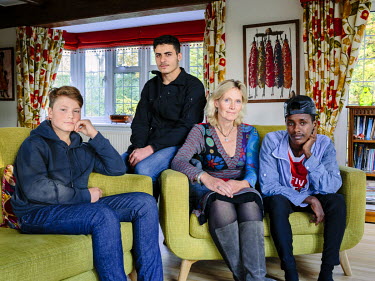 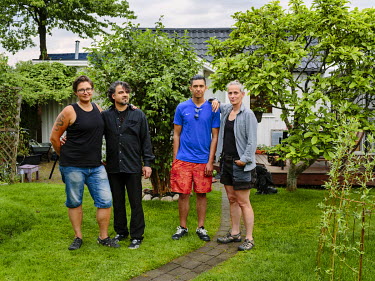 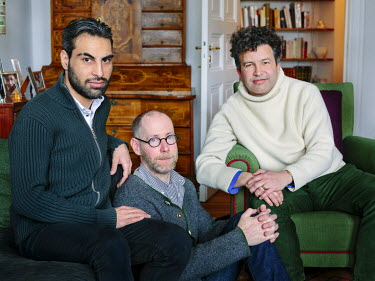 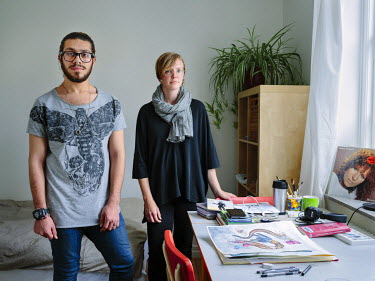 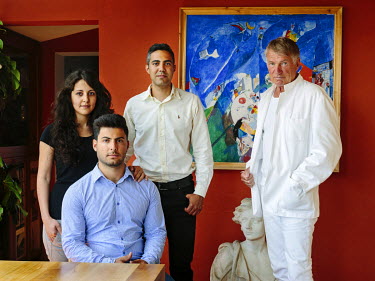 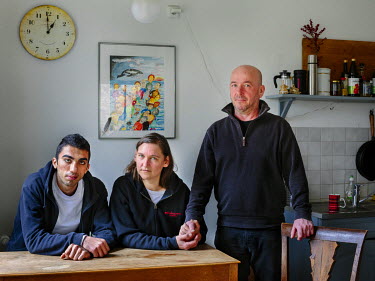 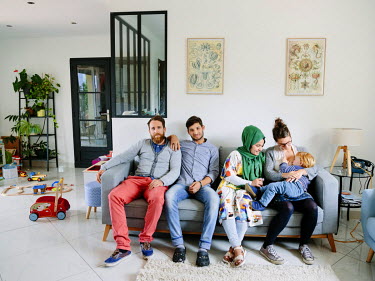 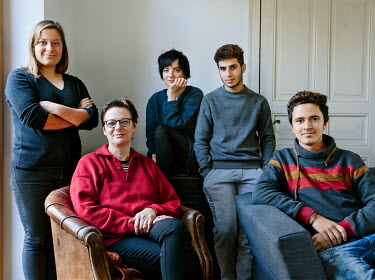 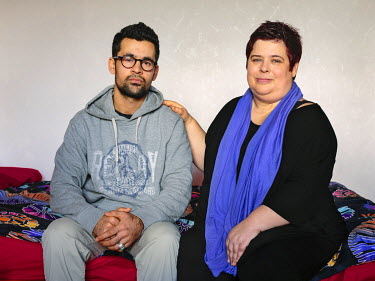 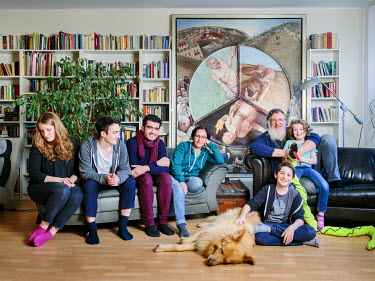 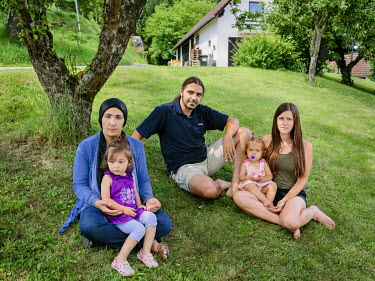 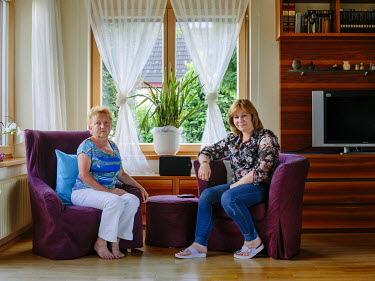 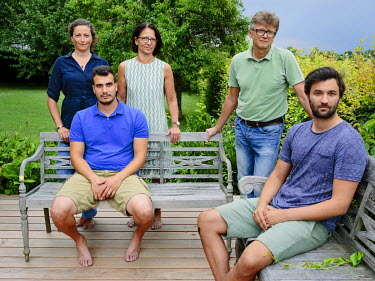 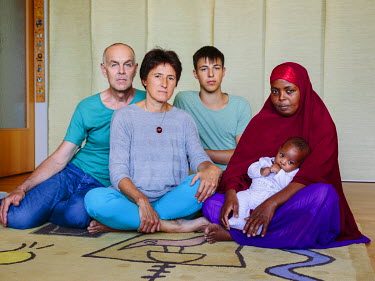 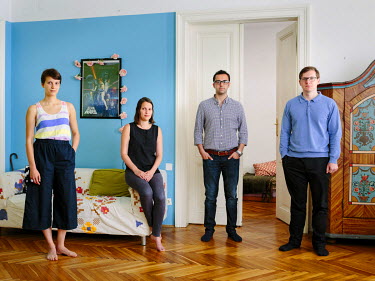 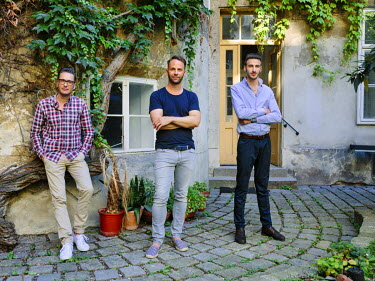