This essay takes us on a journey through my working world as it turns inside out, caught up in the CHF 836 million renovation project of the United Nations Office in Geneva. At the centre of this mammoth undertaking is the historic Palais des Nations where I've been based as a correspondent for the last few years.

The Palais is in desperate need of modernisation in so many ways; the heat in my small office, perched on the top floor, was sometimes unbearable in summer and I am guilty of taking photos, stressing the rusted windows of the building. It was full of delightful inconsistencies arising from offices existing in spaces that clearly weren't designed to be offices and all the other hazards of change-of-use over the last 85 years since the main building was constructed for what was then the League of Nations.

Drink the water from the taps at your peril and let's not go into the potential fire hazards of aged wiring, a staggering 1,700 km of it that needs to be replaced. The building lags behind even the most basic modern standards of energy efficiency and disabled access. Even the more modern structures had the bad luck to be built when asbestos was in fashion.

I have to confess that like many aged structures with its accidental uses and adapted functions it had an enormous amount of charm. There are the press rooms, for example, each with glass topped booths and a light at the top, each apparently the subject of ancient battles for possession. For me they resembled monk's cells with attendant reliquaries, the filing cabinets still containing religiously guarded clippings dating from way back in the last century. All this has gone, booths and all.

I think I'm going to miss the huge pair of Belgian tapestries bearing half-naked women from around the world on the way to the UN's main Press Briefing Room, an artistic monument to changing mores, always salutary to consider just before a press conference, while waiting outside among sniffer dogs running around our equipment in search of explosives. That room was the forum for many beautifully choreographed set-pieces between security and stars, VVIPs and my brethren of the press, international and otherwise. There was a space left at the front - desk free, a square of scuffed carpet, our empire - the pit for photographers under the line of fire of the TV cameras lining the back and the sides of the room on big occasions. Between these spaces sat the correspondents, from Mexico to Senegal, passing by China, India and Japan through the Middle East and back to Germany or UK representing obscure journals and big agencies together. We know that once renovations are completed that particular room will no longer be where the press briefings will take place. The planners decided otherwise. But we have no idea where that will be. One rumour is that it could be in the former cinema, underground. But which former cinema? Apparently, it's the one that has been hidden for years below a marble lobby, the access staircase blocked by a photobooth, and where they're now storing chairs of varying colours and eras. All that will go, along with the film canisters still stored in a back room, and there's a kind of sadness to all that. We know also that the UN post office is not coming back, the one run by the Swiss Post but selling only UN stamps, to be posted in the one box for that usage which of course did not accept Swiss stamps. I miss that already.

There's no doubt about the necessity of renovation but of course there are questions about how it's done, and for what direction in the future. I'll admit that that's all a bit above my pay grade. What I do know is that I kept my little office almost a year longer than was first planned, even if in the last days I couldn't get to it without much confusion and climbing over barriers. There was one day when, even teamed up with a lost UN security guard, it took twenty minutes to find a way to get to it.

That's perhaps just a metaphor for the programmed dislocation that all the building's staff will face in the future, with everything being turned in the direction of hot desking and open-plan to accommodate an extra 700 staff being moved from other buildings in the city. The Staff union, who used to be my close neighbours, in just one of those happy accidents of old arrangements, were far from happy about it all last time I saw them.

One thing that is sure, as it comes from a recent UN audit, is that we're looking at a potential CHF 35 million in cost overruns, and a delayed completion date, and we're only at about the half-way stage, which I think somehow makes it quite human after all. 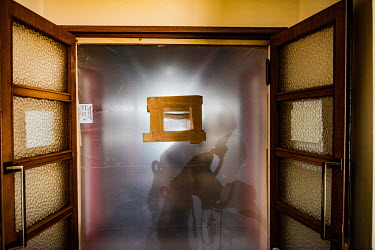 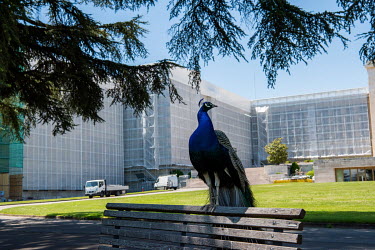 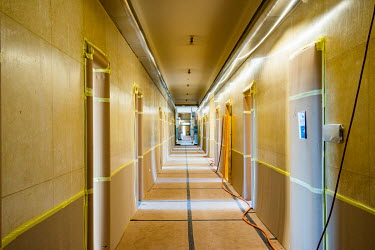 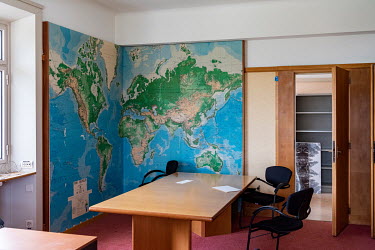 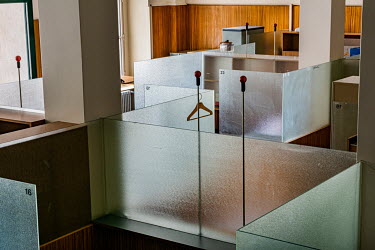 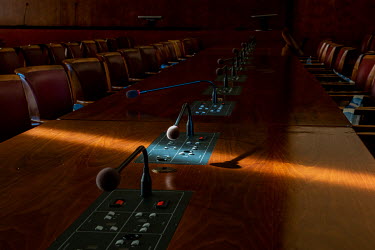 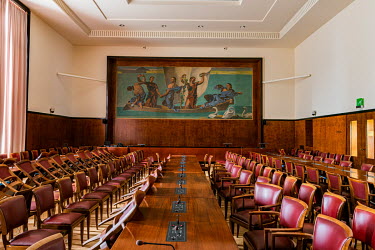 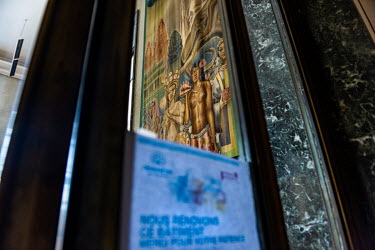 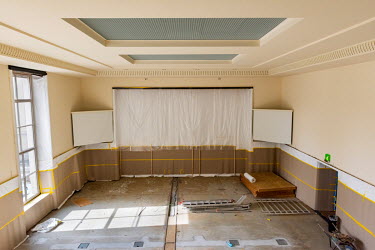 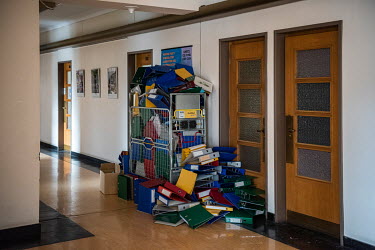 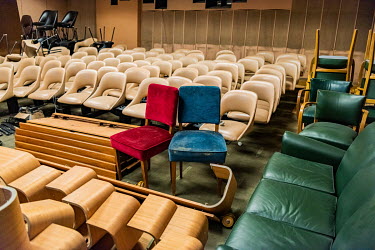 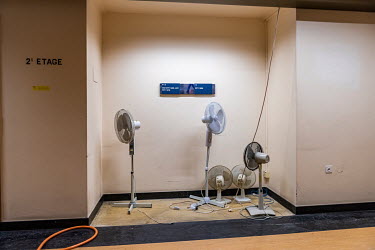 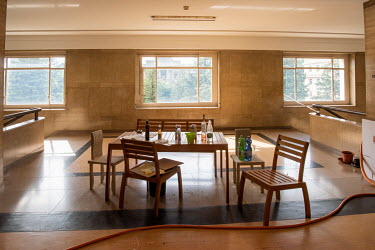 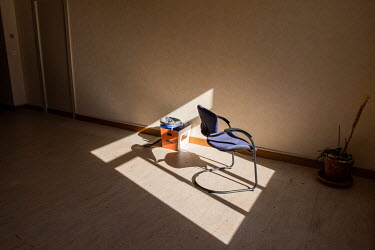 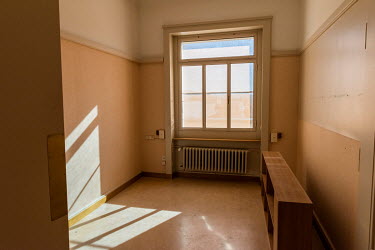 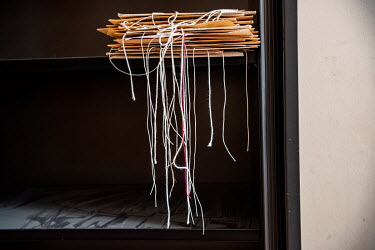 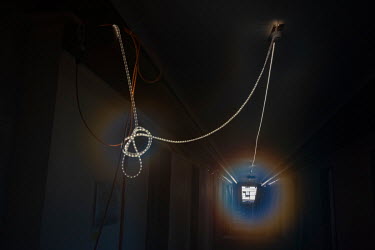 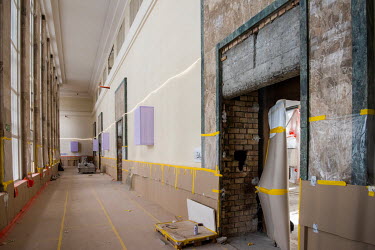 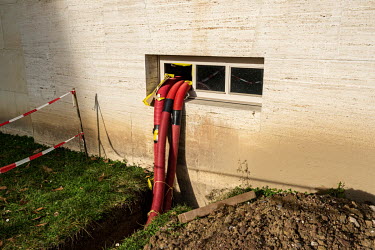 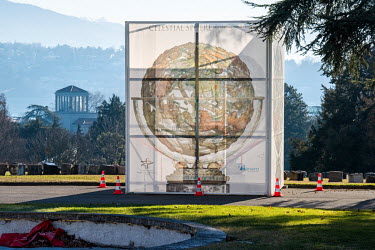 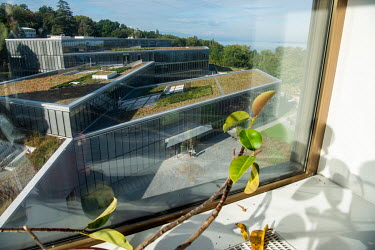 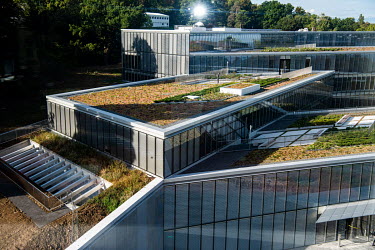