Payday in the Jungle

In 2012, the government of the Democratic Republic of Congo made it mandatory for all civil servants' salaries to be paid into bank accounts. Previously, government employees had received their wages in cash from their superiors. Almost one million public servants had to be 'bankarised' - to open a personal account - in order for their wages to be transferred directly to them, thus avoiding the wholesale theft of public funds which is endemic in the country.

The registration process - the brainchild of former Budget Minister Daniel Mukoko Samba - has been relatively successful over the past seven years. Around 800,000 civil servants have been registered and have opened bank accounts which their wages are now paid into. For many, the direct payments revealed horrifying and painful realities about their previous working lives. Intermediaries, bosses and functionaries had been stealing vast sums of money and getting away with it.

Marie, a nurse from Mbuji-Mayi, always received 22,000 Congolese francs (around USD 23.00) at the end of the month in cash from her superior. When she went to check on her salary at the end of the first month after opening an account, she was shocked to find a payment of 55,000 francs (or USD 60.00) waiting for her. Her superior had been stealing more than half her salary for ten years.

The director of a school in Feshi in western DR Congo visited the ministry of education on a trip to the capital and was amazed to find that his school supposedly had 35 teachers working for it. In reality, he had 12 colleagues. The salaries of 23 fictitious teachers were being embezzled by employees at the ministry.

'Bankarisation' has changed all this. Those who now have bank accounts receive their full salaries directly into their accounts and can withdraw this money by visiting a branch of the bank or by using a code which is sent to their mobile phone at an ATM. The sheer vastness and inaccessibility of much of the country, however, means that there are still hundreds of thousands of civil servants who have not been able to register for a bank account or even if they had, would not be able to make the long journey to the closest bank branch.

In a country the size of Europe, it is only viable for banks to run branches in urban centres over 100,000 inhabitants. People living in smaller towns and villages are still living in an exclusively cash-based economy and need to access their wages differently. Some of the larger banks have teamed up with the government to handle all public service salary payments. The contracts stipulate that the banks have to pay all public service workers, not just the ones in urban centres. Thus, for a negligible profit per person of around USD 2.00 per month, the banks send their agents who hand-deliver salaries to public servants in remote areas.

Depending on their routes, some agents can take between two and three weeks to complete a round trip, travelling with armed guards who shepherd bulging cases filled with wads of notes through impassable jungle and across swollen rivers, covering huge distances between isolated communities. Bank agents can only cover certain regional hubs so government workers from more remote areas still need to travel for up to two days to collect their salaries. As the arrival times of agents are not set for security reasons, messages of the paymaster's whereabouts are relayed via radios from village to village, letting people know when to set off to catch the agent in their local town.

In a country that is often labelled as a failed state, even the most basic financial transactions can be a challenge. Kris Pannecoucke travelled with one of these bank agents, witnessing the arduous journey of a salary in the Democratic Republic of Congo.

Payday in the Jungle 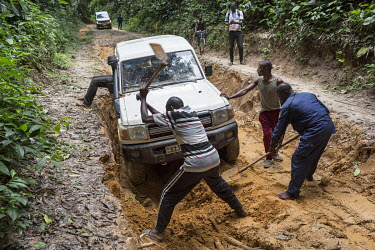 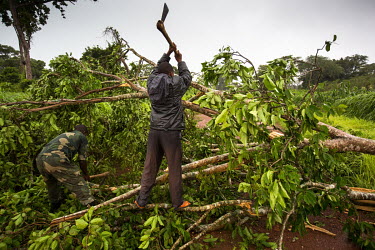 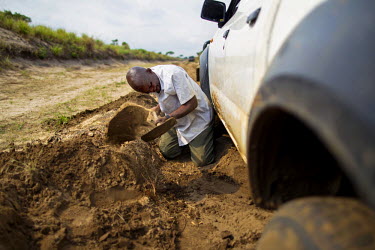 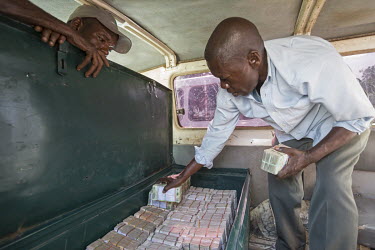 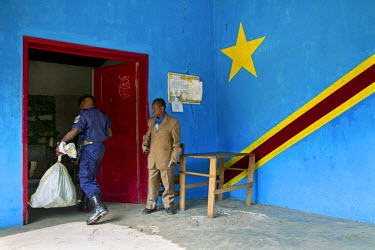 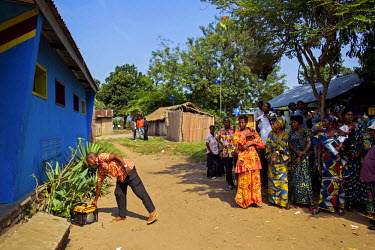 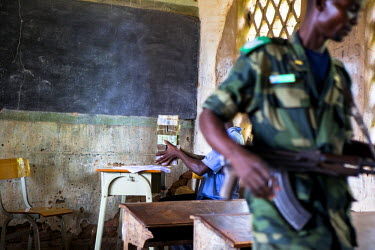 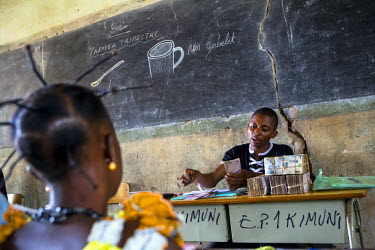 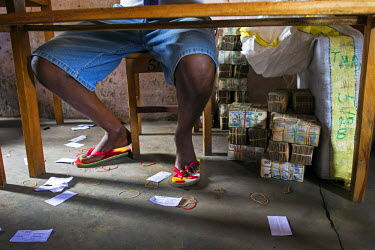 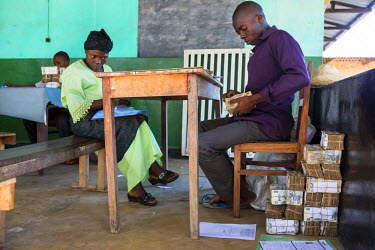 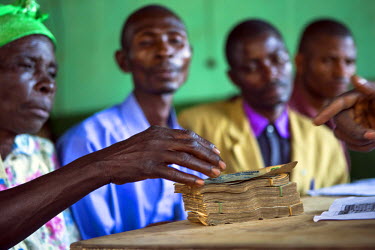 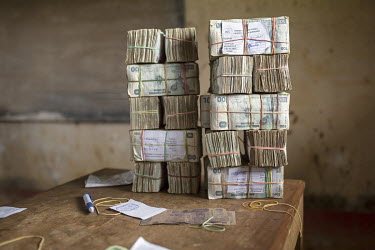 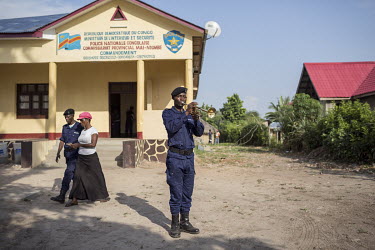 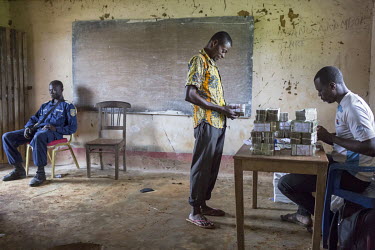 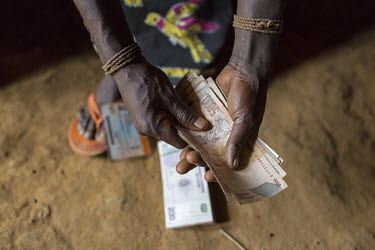 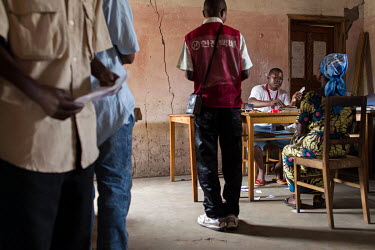 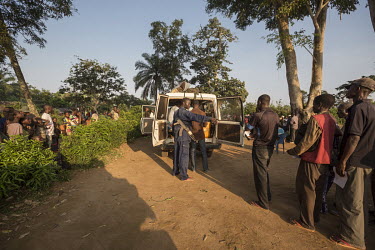 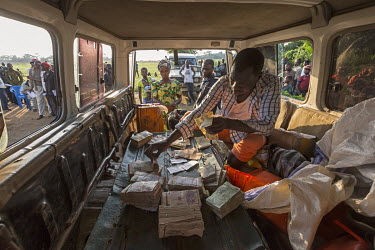 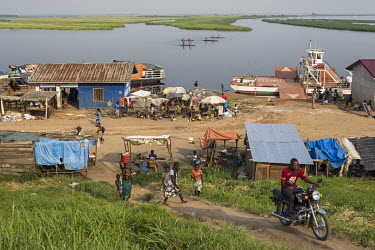 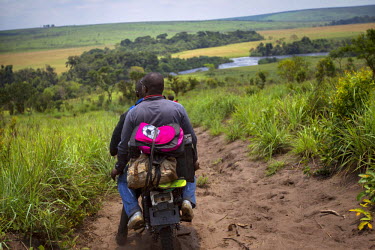 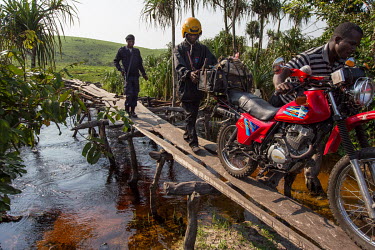 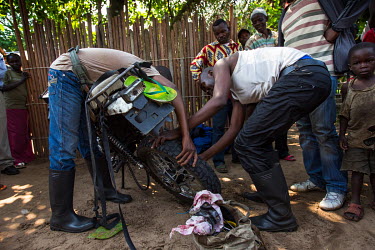 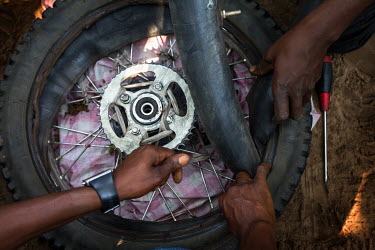 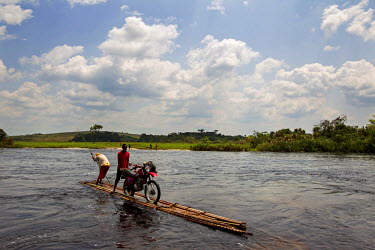 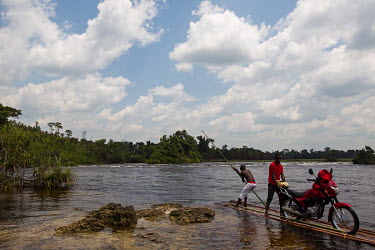 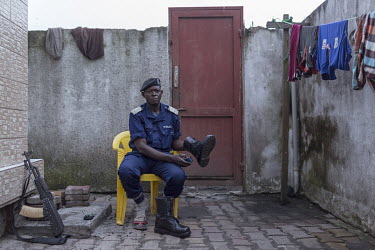 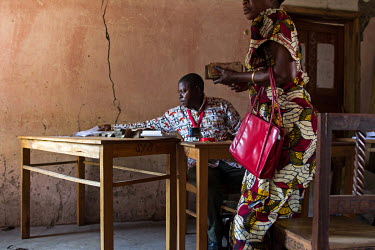 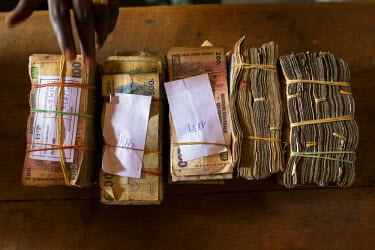 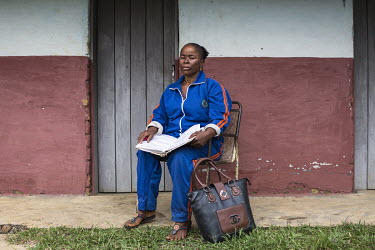 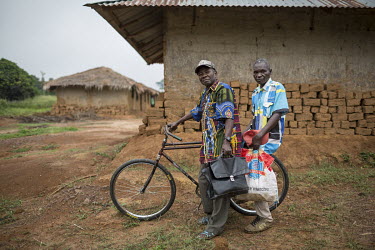