Oumar Chagaev, Fatima Davdieva and their three children fled Grozny in July 2000 during the Second Chechen War and eventually received political asylum in Belgium. In 2010, as Belgian nationals, they returned to Chechnya for the first time to visit their friends, family and former home. Tim Dirven and writer Jan Stevens accompanied them.

In the middle of a roundabout on the way in to Grozny stands a giant globe with the legend 'Grozny, capital of the world'. Only the vacant lots behind the fences stand as silent witnesses to the devastation that was wrought here.

We drive along the main avenue, Pobeda Prospekt. In 2008 it was renamed Putin Prospekt 'in honour of Vladimir Putin and his great merit in the fight against terrorism'. The boulevard is wide and has young trees, marble walkways and elegant facades. Fatima shudders. 'The main street of the city is named after the man who left it in ruins.' What does she think of the new Grozny? 'I recognise almost nothing. The old buildings were more interesting, they had a soul. The history is gone. Our university and the library were among the most beautiful buildings in the Caucasus. All gone. Look, there's Griboedova, the street where we lived.'

'Kadyrov does everything for the people' says Fatima's elder sister Roza. She works as a pharmacist in Gudermes. Roza will not hear a bad word about the President. 'Ramzan is building factories, houses and gymnasiums. Women who lost their husbands in the war have been given completely free apartments in the new buildings.'

Talking later, Fatima is sceptical. 'Ramzan Kadyrov rules with an iron hand. Roza is afraid. Therefore, she sings his praises. Nobody here dares to say that Kadyrov is like Stalin. Nobody. Ramzan is worse than his father Akhmad.'

Before the war broke out, Oumar and Fatima had worked as actors in Grozny's theatre. Nowadays, in Belgium, Oumar is a truck driver and works in the kitchen of a retirement home. Oumar recalls how they met: 'We were both actors. Fatima starred in Shakespeare, I sang and played guitar.' They married in 1984 and bought an apartment near the theatre.

We walk to the restored theatre. As Oumar and Fatima step inside, her eyes are shining. 'In this building, I took the very first steps of my career as an actress,' she says. 'For my first audition I had to sing a song, read part of a play, recite a poem and dance.' As if stepping back in time, she gets up on stage and starts to sing a song from those days.

Hamid Azayev, one of the leading lights in Chechen acting, steps ostentatiously into the room. In his younger years he was a star of Soviet film. 'Fatima, you were a great actress. You had such a temper', he roars. 'Hamid was the finest Othello in the USSR', Fatima beams back as she embraces him. 'Have you prayed tonight, Desdemona?' asks Hamid without missing a beat. Fatima falls about laughing.

Has she ever tried to act in Belgium? 'I'd love to, but I'm afraid that my Dutch is not good enough.' And Oumar, has he longed for his old job? 'We had a very nice life here. But that was long ago. For us, everything is gone now. For good.' But would he not rather act than drive a truck? 'No. The past is nostalgia.'

'Everything we fought and worked for, our jobs, our friends, everything we had, we lost,' says Fatima. 'The best part of our life is over. We are under no illusions. If someone told me that I could come back to Chechnya to live, I don't know if I would. Can I start over here? Life here is much harder than in Belgium. Here you have to constantly compromise and battle. In Belgium, everything is done in a straightforward way. At night I often dream that I'm not there and not here. I am in a sort of no man's land. I dream of an event here or in Belgium, but I myself am never in that place. I am always floating somewhere in between.'

A full text by Jan Stevens is available. 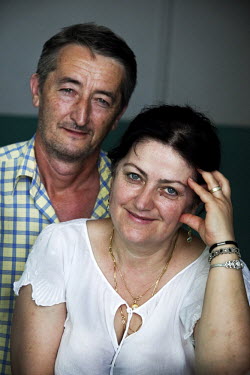 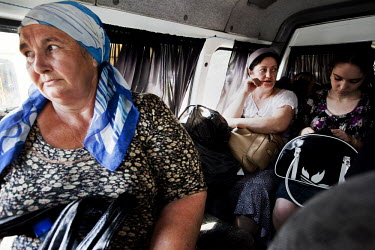 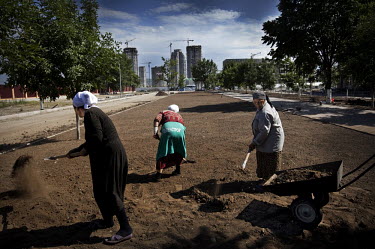 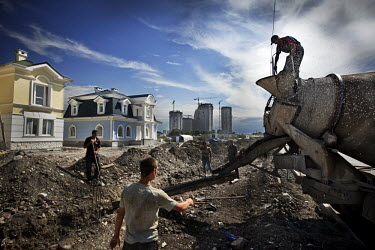 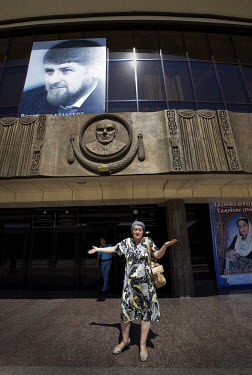 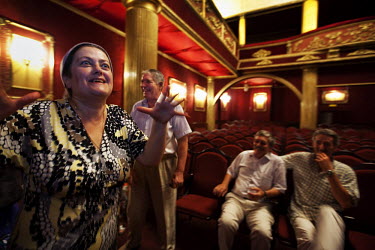 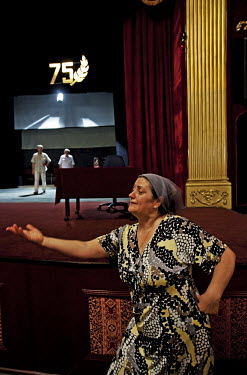 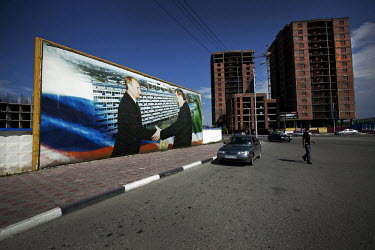 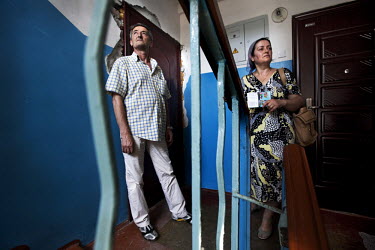 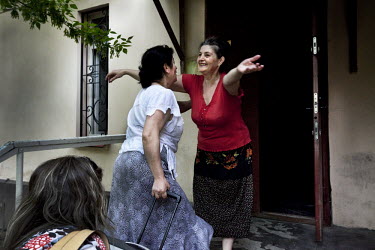 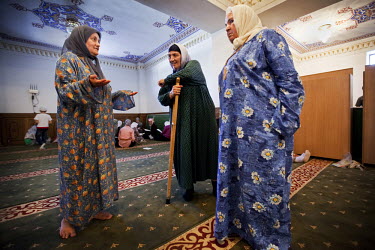 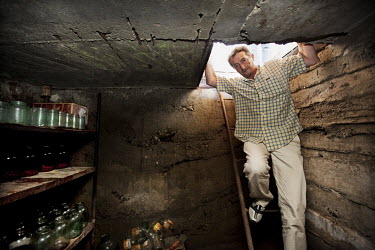 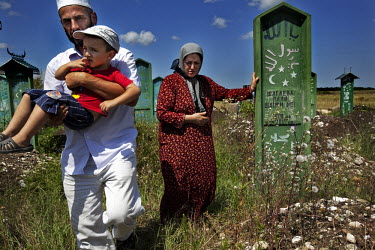 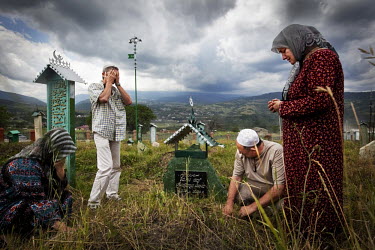 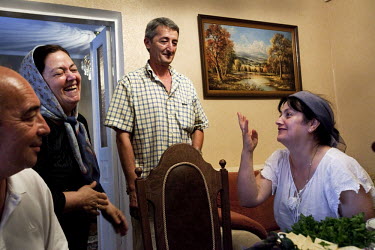 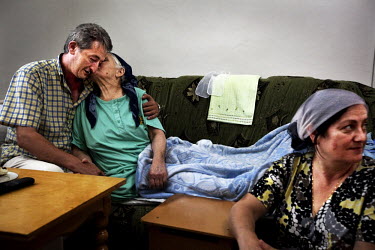 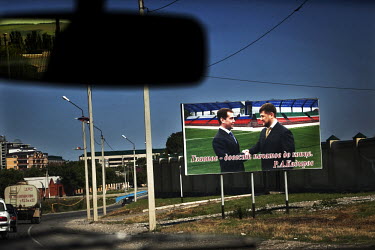 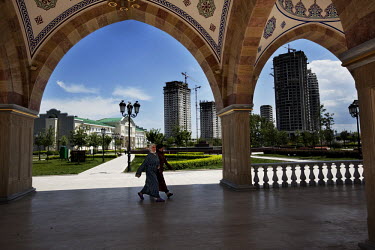 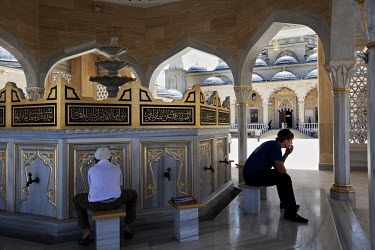 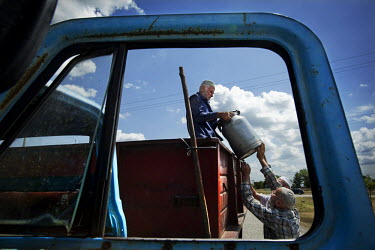 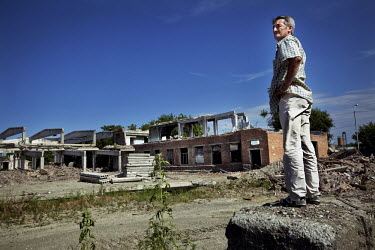 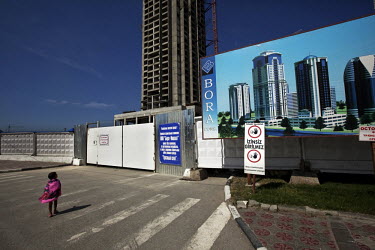 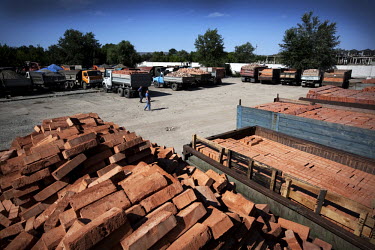 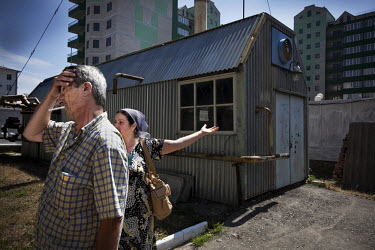 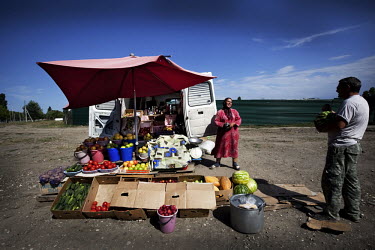 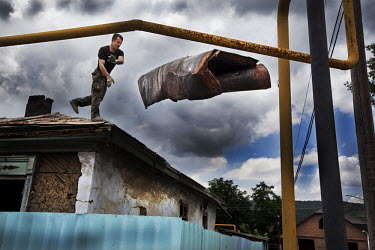 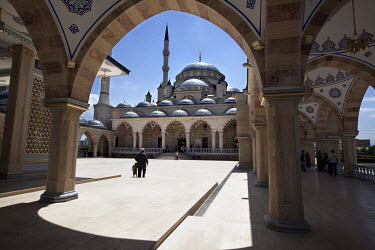