As the sun sets into the turquoise sea off the coast of Madagascar, giant baobab trees stand silhouetted against glittering stars and rare animals like the lemur begin their nightly activity. Villagers across one of the world's most uniquely biodiverse islands hurry inside their thatched huts, many bolting their doors.

Across much of this African nation, where 77% of the population of 21 million has no access to electricity, a figure rising to a staggering 94% among the rural population, nighttime means the burning of kerosene lamps and diesel engines, which fill the houses with toxic smoke. And it means the destruction of forests for firewood in one of the world's most biologically-diverse habitats.

Darkness also brings the threat of crime, violence and accidents. Here in a remote fishing village in the Tsiribihina Delta, nested among sprawling mangroves that naturally barricade the land from the sea, four women have stepped up to lead a revolution to electrify their communities. They have harnessed a resource Madagascar enjoys in abundance, the sun.

Dubbed the 'Solar Mamas' Yollande Randrianambinina and her friends were the first in their village to join a program by the World Wildlife Fund (WWF) to become electric engineers capable of installing and repairing solar panels.

Sitting on a stool with a needle weaving a fishing net next to a solar light, Randrianambinina recalls with lingering fear how in 2013 robbers raided her village and killed two of her neighbours. 'The bandits disappeared into the dark and we could not find them,' she says.

To let her grandchildren read at night, the 53-year-old fisherman's wife would light candles, which did little to dispel the dark, or expensive kerosene lamps, which produced toxic soot and consumed the little money she had. 'The smoke made the children cough constantly and blackened their nostrils,' Randrianambinina says.

The chance for change came in 2016, when Randrianambinina and three other women from the village were picked by WWF to attend a six-month training at the Barefoot College in Rajasthan, India. It was the first time they left their cluster of villages, let alone travel to the capital airport and fly across the Indian Ocean.

WWF selects women between 35 - 50 because they are most likely to return to their communities and take forward the solar objective. Men, says WWF, would be much more likely to learn the skill and move to the city to seek work. In this village, the search criteria focused on women who did not need to breastfeed. All four women, like those around them, lived in poverty. The regions' average monthly family income is around 300,000 ariary (GBP 55).

'Before I left the village I was nervous, but when we got to India I was dazzled by the lights, so many lights that went on all day long, as did the fans,' says Kingeline, 44, who has two children and three grandchildren.

Without much formal education, they struggled with the concepts of electrons and magnetic fields, but eventually mastered the miniature electronic components that control the flow of current to convert sunlight into energy.

During the course, they sat alongside other women from Asia and Latin America and appreciated, for the first time in their lives, foreign cultures. They learnt to sew. They learnt about grass-roots entrepreneurship. Founded in 1972, the Barefoot College is a voluntary organisation working in education, skill development, health, drinking water, empowerment for women and rural electrification through solar power. The Barefoot College focuses on rural women specifically, training them with technical skills to add to the knowledge they already have to solve problems in their own communities.

When the women returned to Ambakivao in 2017, they were greeted with song and dance: not only were they bringing back new technologies, the fact of having taken a plane, of having discovered another country and a new culture, gave them an aura. The freshly-qualified engineers get together each day in their studio, a brick building filled with electrometers, precision tools, welders and stacks of solar panels and lamps. There, they assemble lights and repair those that villagers bring to them.

Villagers are awed. These mothers and grandmothers are now tweaking capacitors, resistors and packaged integrated circuits. They climb on roofs to install solar panels. They bring light as if by magic. Each person is responsible for 50 households, the four of them together have installed solar power in 200 homes. 'People can work late, cook in the dark and congregate after dinner,' says Randrianambinina proudly. 'My grandchildren are healthy and motivated to study.'
Randrianambinina says her village feels safer with the solar lights, but the danger of attacks remains. Since the murders in 2013, three armed guards patrol the village round the clock.

A mangrove, a shrub or small tree that grows in coastal saline or brackish water, are key to a healthy marine ecology, providing shelter to crabs and shrimps, and reducing soil erosion. Birds, sea turtles, and dugongs, an endangered marine sea mammal, all use mangroves. The land-sea barrier is also an extremely efficient way to retain CO2, thus contributing to climate protection, says WWF. Yet, rising sea levels, human activities, and cyclones, have harmed these valuable ecosystems, leading to decline everywhere in Madagascar.

The community of Ambakivao works daily, with the support of WWF, for the sustainable management of nearly 3,000 hectares of mangrove forests. WWF teaches fishermen, who hunt for crabs living in the mangrove, to maintain or increase their food production without destroying the delicate habitat.

By 2030, WWF and Barefoot College plan to create a network of 744 women solar engineers through a joint training center in Madagascar. In doing so, the program will provide sustainable access to solar energy and economic development for 630,000 households. Along with technical training, the program brings economic and leadership opportunities for the women. 'I thought solar engineering is a man's thing,' says solar mama Hanitra Andrianasolo, 36, who has two children.

'But here, we women are the ones mastering it. It's thrilling to see we can do it too.' Encouraged by the success of working with the solar lights, she and her husband are now building a bigger boat to turn fishing into a business.

While an economist quoted by the Rockefeller Foundation says electrification can increase household income by 39%, economic transformation doesn't happen overnight. The village remains very poor and daily life continues to be hard in Ambakivao. But this expanding network of solar mamas brings both light to the nights, and hope for the future too.

'We have been transformed,' Randrianambinina says. 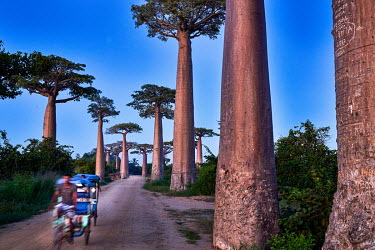 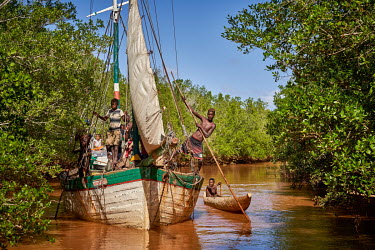 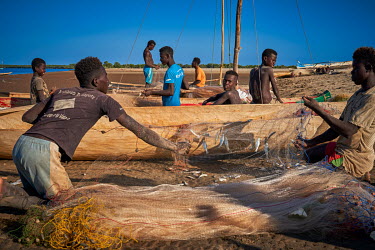 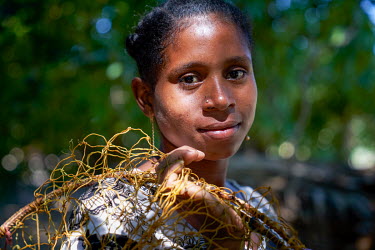 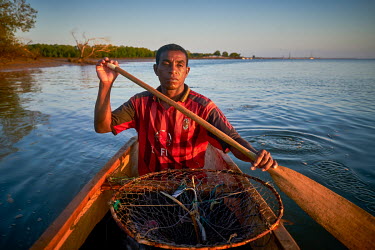 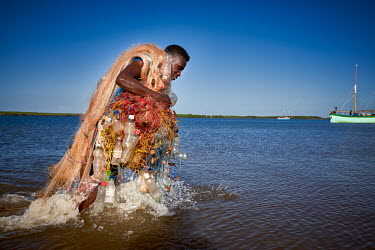 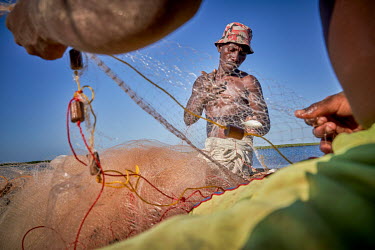 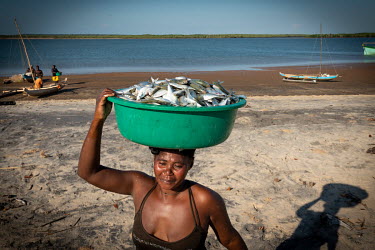 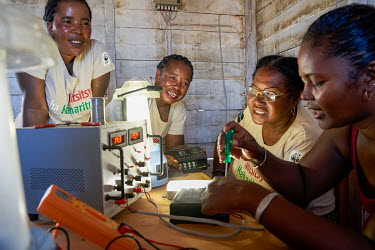 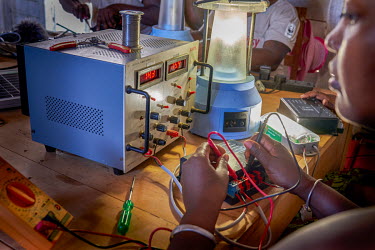 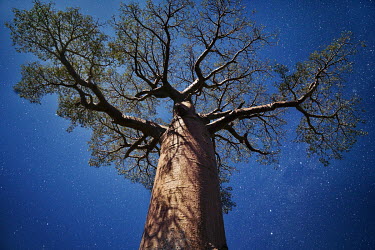 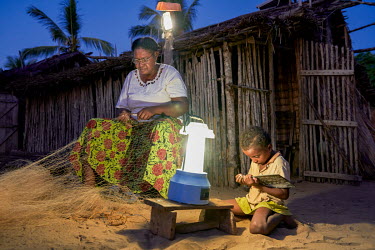 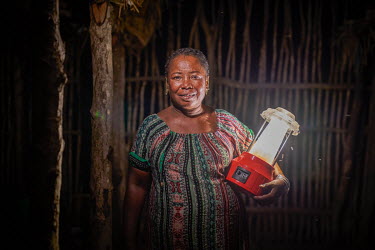 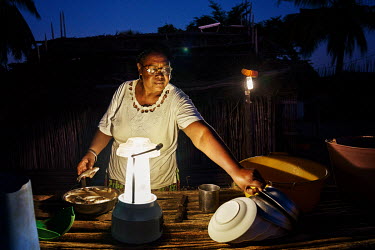 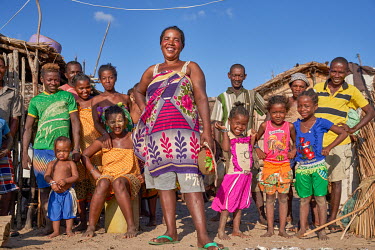 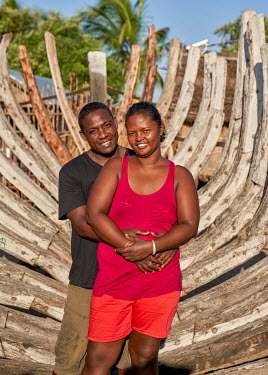 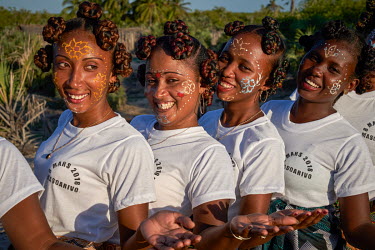 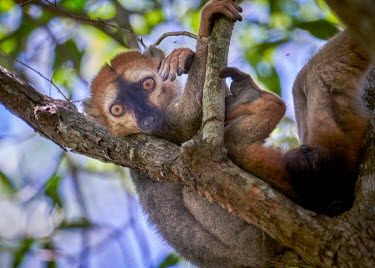 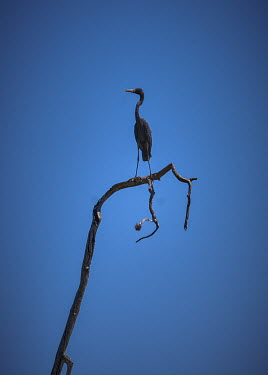 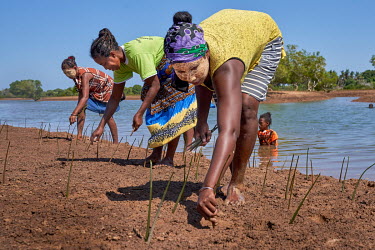 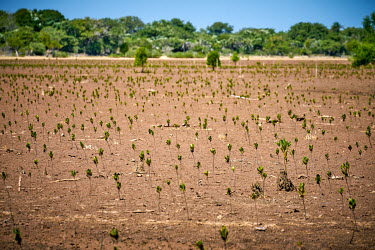