He usually starts his day with a Pall Mall. Then he maneuvers his skinny, forty year-old frame through his cramped apartment and into his bathroom. A sign over the door reads "I Can Do Anything.". He brushes his teeth quickly and then starts on his hair. Hair spray. Lots of hair spray - until he gets the perfect Christopher Reeves curl in the middle of his forehead. And then some more hair spray to hold it in place. Satisfied, he moves back to the cramped living room and lights another menthol. Still smoking, he starts slipping into the full body muscle suit, legs first. He puts his cigarette out into an ashtray and slips his arm into one side and then into the other.  He hasn't always worn the muscle suit but it's now a staple. Finished, he sits and makes a call. "You're going to meet me over there?" he asks. "You're going to be Wonder Woman, no?" He hangs up, satisfied with the response.

Still sitting, he begins to slip his legs into the blue and red tights. He has to stand to get them over his waist. It's not until the sleeves go over his padded, muscular arms that the "S" on his chest becomes visible and bold. Red and yellow, it's so familiar. His wife Bonnie stands behind him to safety-pin the top together along his back. They start talking about Ebay. He mentions one particular item that is coming up later that day - a General Zod doll. He checks his phone for the updated price. He lights another cigarette. Then he tells Bonnie that the auction of another item, a signed Supergirl poster, is ending the following morning. She nods along. Still sitting and smoking, he pushes his feet into a pair of red pleather boots and stands up.

The cape goes on last. He puts it on backwards and then flips it around to its rightful place. He grabs a bottle of cologne and proceeds to spray himself head to toe. He's ready, in all his Superhero glory. Ta-Da! With his mobile phone, a wad of one dollar bills and a packet of cigarettes he walks out the door. Floor to ceiling, Superman memorabilia shifts and creaks as the door slams behind him. The smell of cologne and menthols are the only trace that remains.

"Hello Earthlings, you have reached the one and only Kryptonian - Christopher Dennis - also known as Hollywood Superman. Please leave your name and number after the beep and I will get back to you as soon as possible. Till then, Cheers." Christopher Dennis' answer phone message. 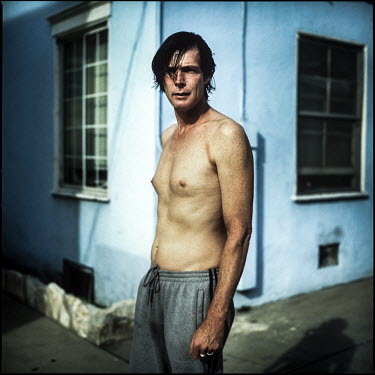 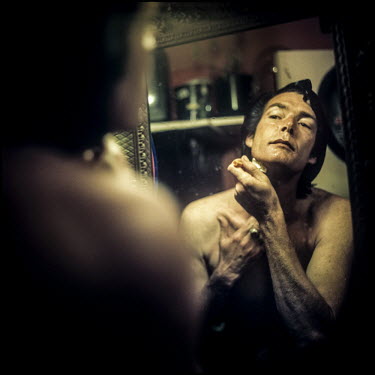 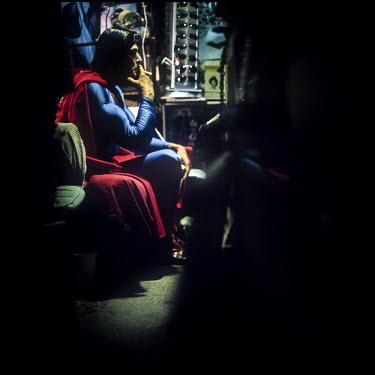 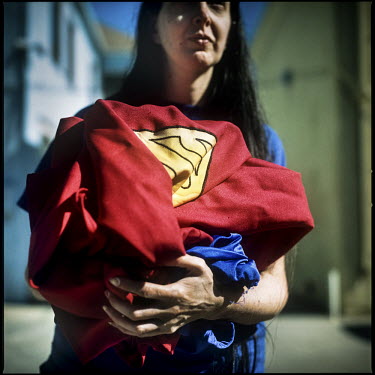 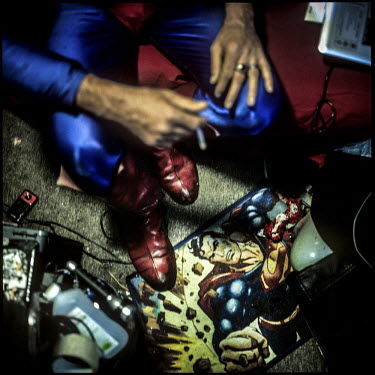 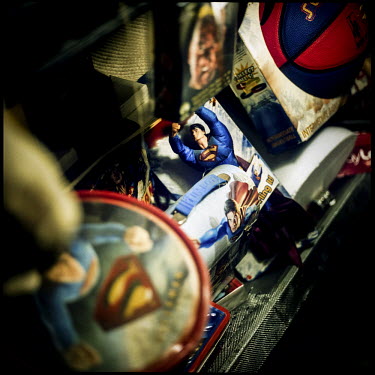 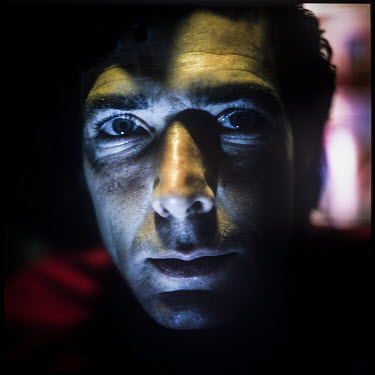 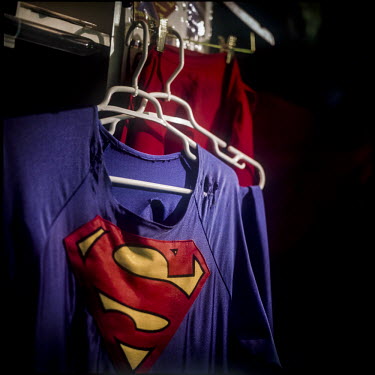 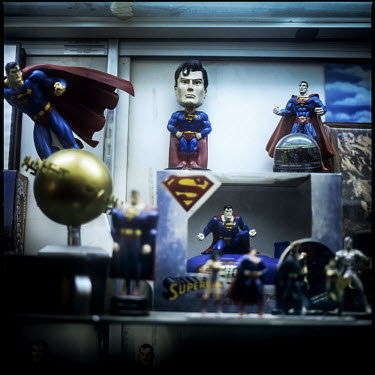 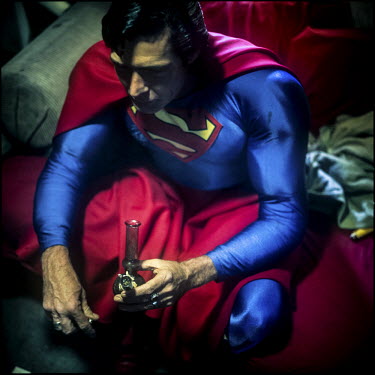 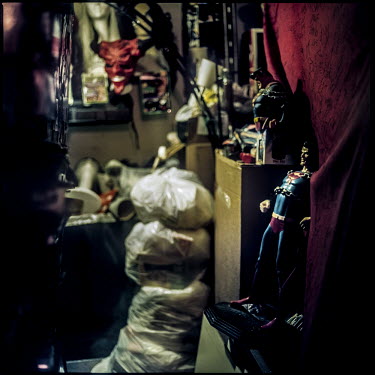 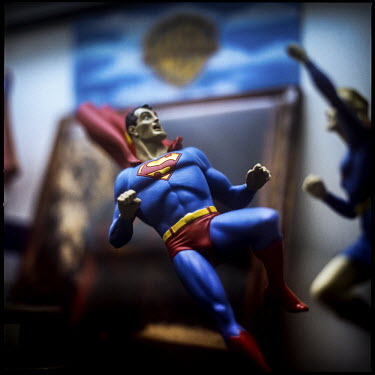 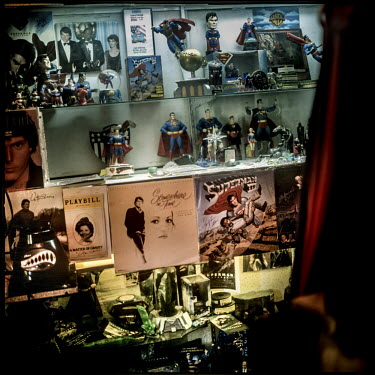 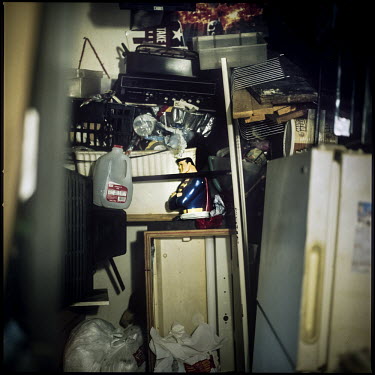 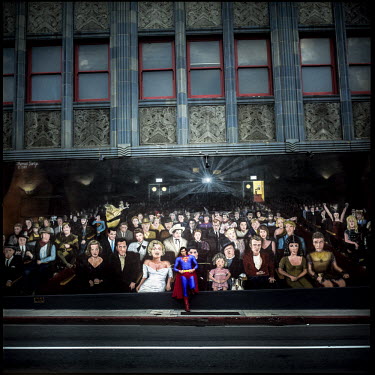 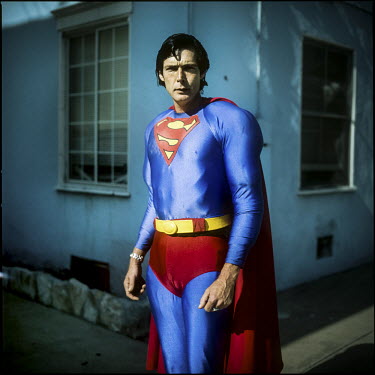 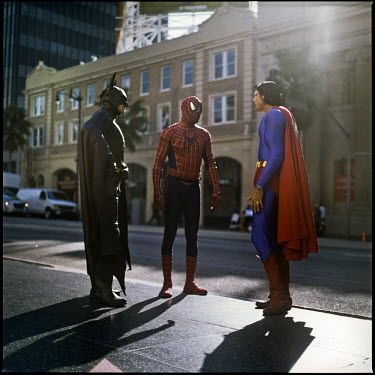 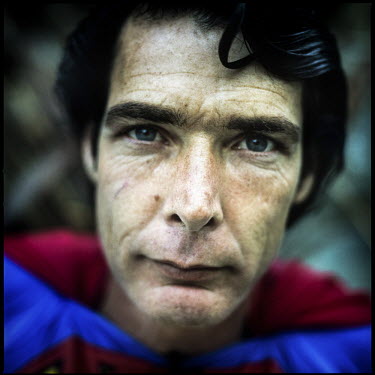 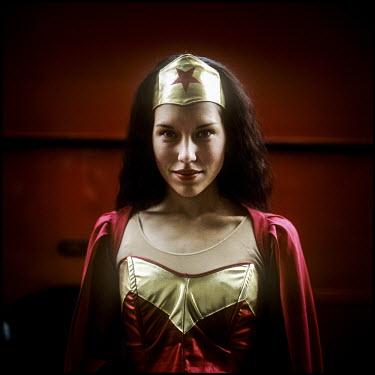 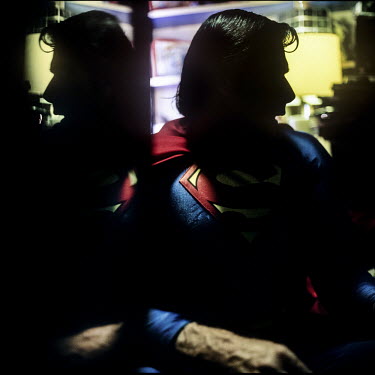 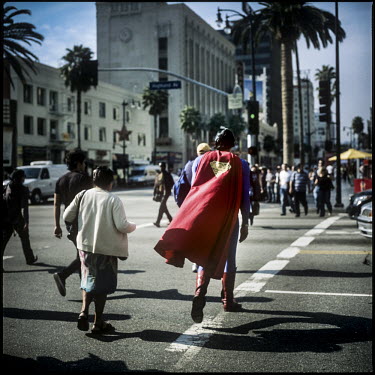 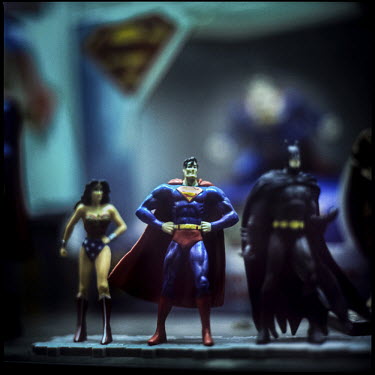 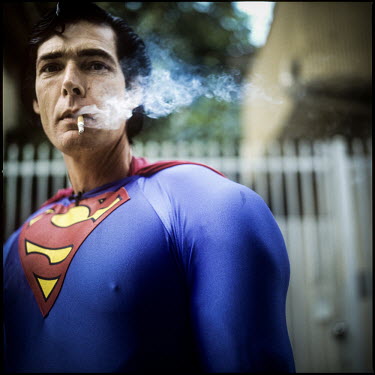 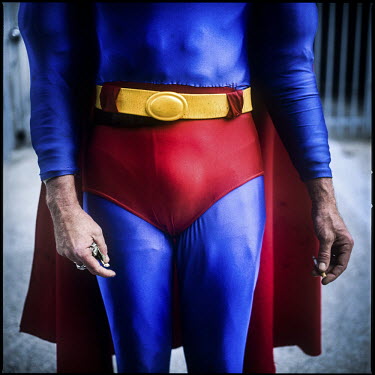