There is another side to the Land of Smiles. In Thailand's deep south, only 150 miles from its tourist-filled beaches, 1.8 million people are living under martial law. Bombs, disappearances, torture and murder are everyday events. The Thai government now has 65,000 soldiers and militiamen stationed here, locked in a cruel and apparently unwinnable conflict with a network of insurgents. The region's largely Muslim population is turning against the government and the very notion of being Thai, while civilian casualties are mounting.

By all accounts Imam Masae was an ordinary man, well-liked and no more political than any of his neighbours. We visited the little hamlet of Talok Apoh just four days after he was murdered by militiamen on the steps of his mosque. When we arrive at his house we climb up the steps to the main room and find a circle of a dozen or so women in headscarves. They are gathered to mourn the imam. His daughter offers us bottles of sticky sweet soda. The human rights group who we hitched a ride with introduce us, and we all sit down on the floor, the heat of a still mid-afternoon enveloping the room.

Gently, Angkhana Neelapaijit coaxes the imam's wife to tell us exactly how her husband died. The widow, Tuuwae Timoh Masae, is calm and clear, her face set and grave below her cream head scarf. 'It was 8 o'clock, on Friday. He had just prayed, he came out onto the steps and they killed him with one shot to the heart. He died on the way to the hospital. People saw two men in black, they had hidden behind a water vat, and they ran off towards the army base. 'We didn't report the case to the police, we didn't want to cause further problems. We just buried him.'

The conflict in the three southern provinces turned vicious in 2004. In April the army was accused of executing in cold blood 32 militants who were sheltering in one of the province's most important mosques. Then in October, at a demonstration, soldiers shot seven unarmed people in the crowd and arrested hundreds of others. Many of these were tied up and stacked like logs in army lorries, seven or eight deep. 78 of them died. Prime Minister Thaksin excused the army and said the dead had succumbed because they were weak from hunger, it being the month of Ramadan. No soldier or officer received any significant punishment.Since then, violence has taken over the deep south. Radicalised, the various separatist groups started a campaign against anything that smelt of Thai authority, murdering teachers and burning down hundreds of schools. As a result, education has almost ceased. Thai banks are targets, and there is disturbing evidence of ordinary people being shot just because they are Buddhists. But the Thai army now arrests entire villages, just for being Muslim and near the scene of an attack.

Human Rights Watch says there has been a rise in arbitrary arrests, detentions, torture and extrajudicial killings. Deep South Watch, a trusted Thai NGO that tries to collect data on abuses of civilians in the south, told me it had logged 2,295 incidents resulting in death or injury in 2007, and it expected more in 2008. 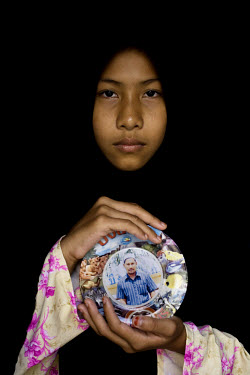 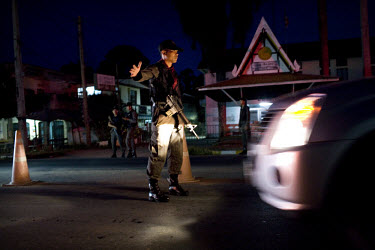 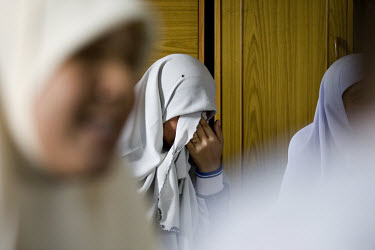 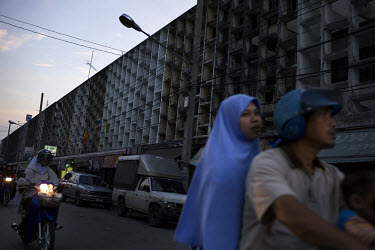 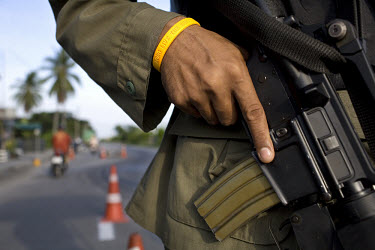 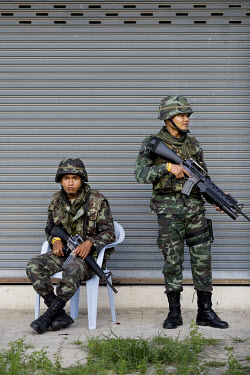 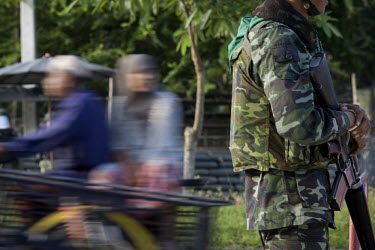 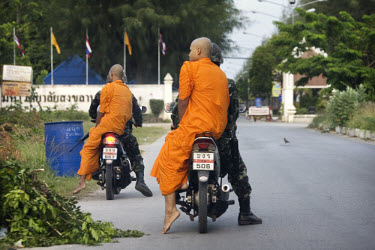 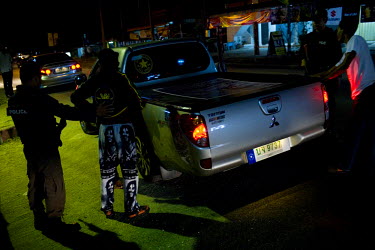 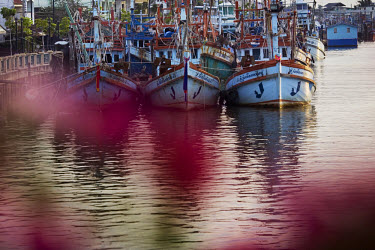 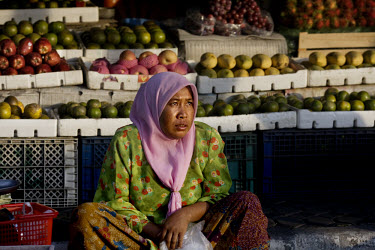 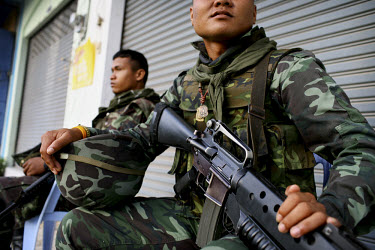 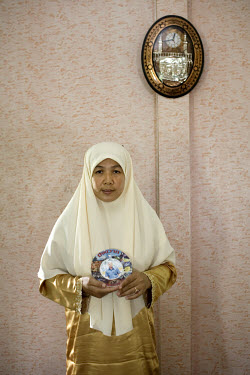 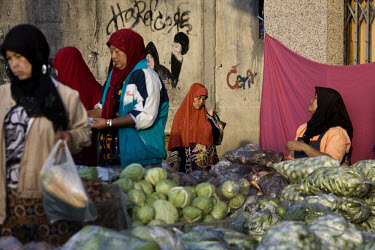 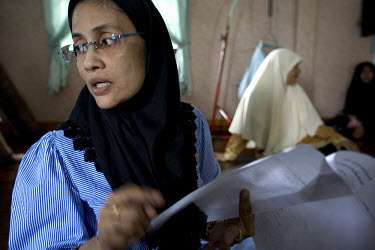 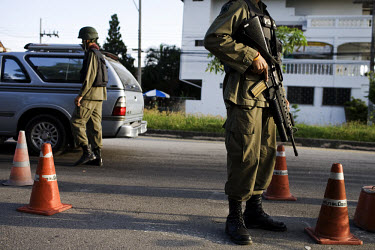 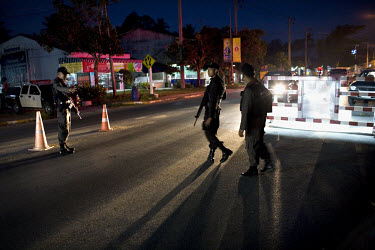 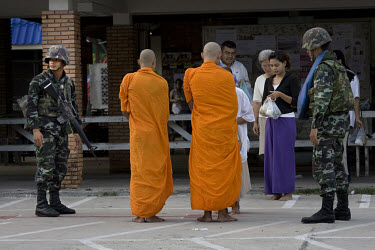 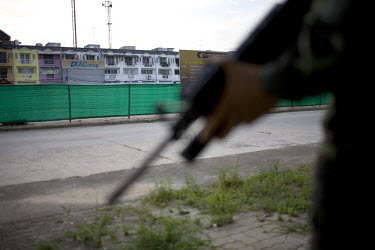 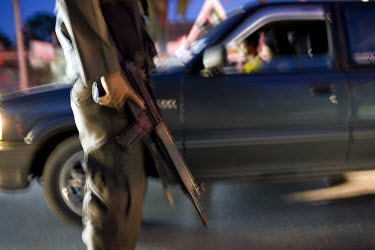 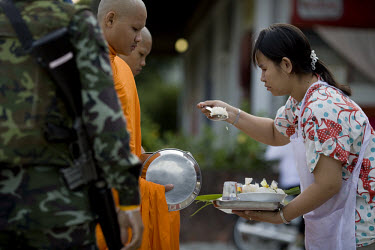 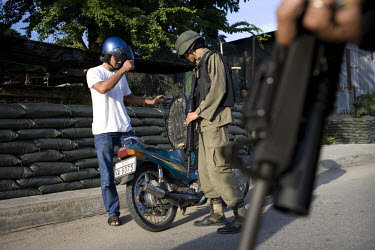 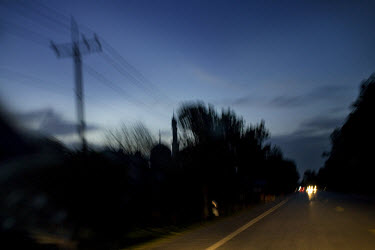 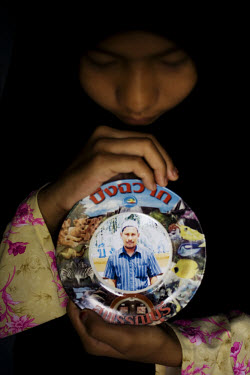