The City in the Steppe

An artificial city in the steppe, to the glory of the eponymous president, where futuristic bling clashes with sleepy Soviet decay.

When he moved the Kazakh capital from mountainous Almaty to Aqmola, 1,000 kilometres to the north, in 1994 Kazakhstan's former president Nursultan Nazarbayev had big plans. The city in the steppe was to become the spearhead of post-Soviet nation-building, thanks to plentiful oil and gas revenues. Aqmola became Astana and quickly developed into a cosmopolitan city with over a million inhabitants.

Today, on the south bank of the Ishim River, new buildings are rising according to the master plan of Japanese architect Kisho Kurokawa. The central axis is Nurzhol Boulevard, a vast pedestrian zone connecting the Presidential Palace with the tent-shaped Khan Shatyr shopping and entertainment complex, designed by Norman Foster. Nurzhol is a showcase of architectural extravagance themed on prestige, national symbolism and patriotism.

The centrepiece is Baiterek, an iconic observation tower in the shape of a tree of life bearing a golden egg. Inside the glass orb, high above the city, Nazarbayev's handprint cast in gold is kept. Visitors line up to press their palms into the presidential hand while making a wish and taking a selfie.

Astana's metamorphosis is inextricably linked to the figure of Nazarbayev, who also calls himself 'Elbasy', or 'Leader of the Nation'. For thirty years he kept a tight grip on the governmental reins. It is no coincidence that the inauguration of Astana as the new capital coincided with the presidential anniversary. Nazarbayev's portrait can be found on numerous monuments, often alongside historical Kazakh heroes or 'batyrs'. He has his own museum, and the airport and the university also bear his name. The ultimate honour fell to him when he stepped down in 2019. Since then, the capital has been known as Nur-Sultan.

Nur-Sultan is inevitably reminiscent of Dubai. Luxurious gated communities are being built in the suburbs. Near the airport, the largest mosque in Central Asia is nearing completion. Shopping malls like Mega Silk Way and Asia Park are making small shops obsolete. During rush hour, the wide boulevards fill up with nervously honking traffic jams.

Fortunately, the city also has several extensive parks and squares where the Kazakh national character is more evident. There are street musicians, fairground stalls and icecream carts. Children are driven around in remote-controlled toy cars and in public gardens, drunken men takes a nap. Most inhabitants continue to call their city Astana. 'It just sounds better', they say.

Near the brand new Nurly Zhol railway station, hidden behind advertising billboards of prestigious new construction projects, dilapidated residential areas from the time when Nur-Sultan was still called Aqmola can still be found. The atmosphere is that of a sleepy Soviet village, with dusty streets, vegetable gardens, washing lines and barking dogs on chains. Many houses are deserted or have already been demolished. At a public pump the last inhabitants fill up plastic bottles with drinking water. This is where two worlds collide.

The City in the Steppe 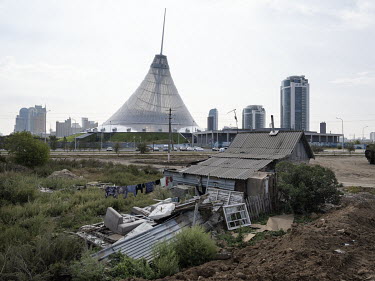 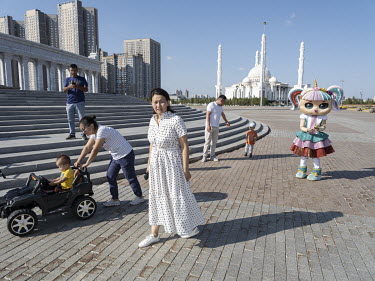 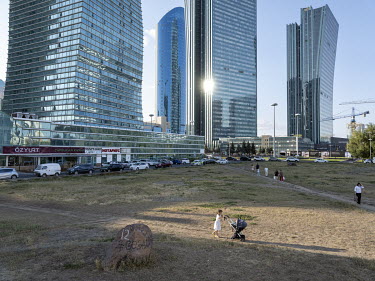 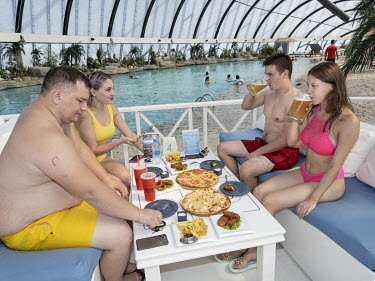 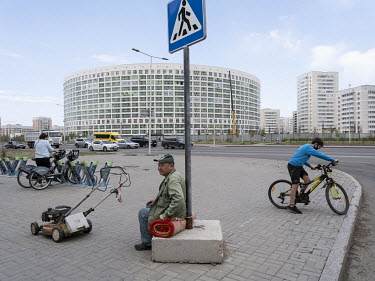 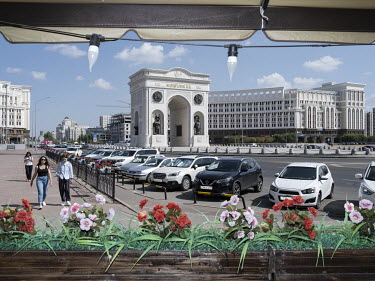 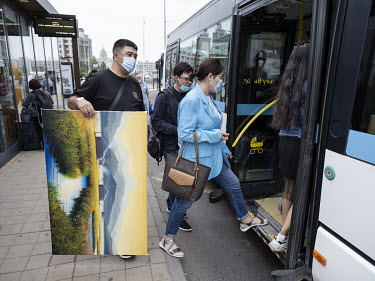 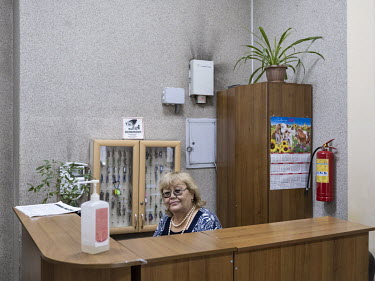 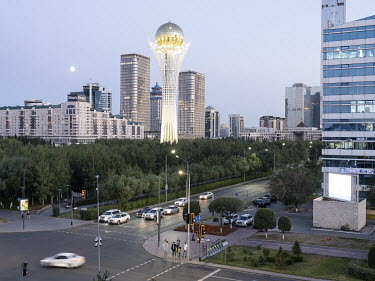 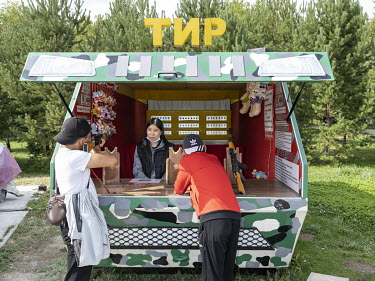 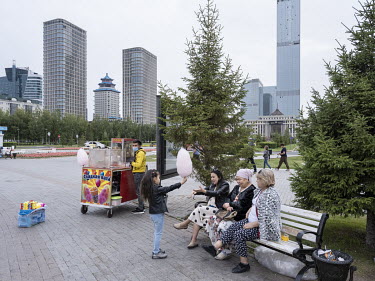 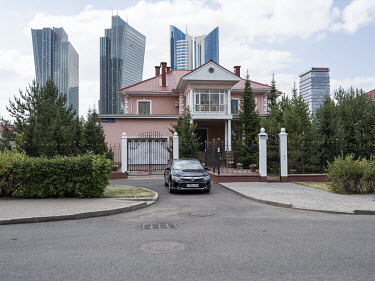 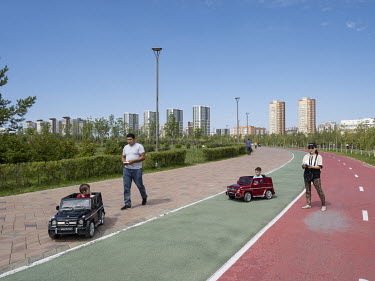 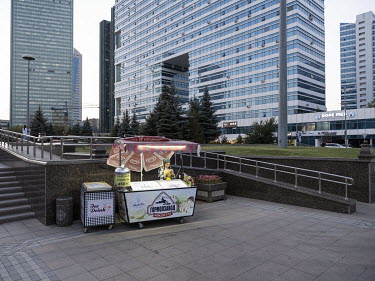 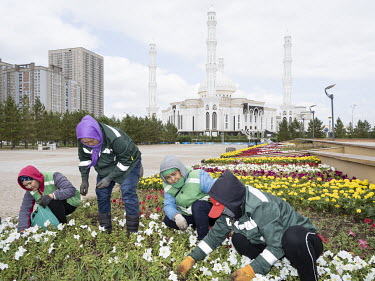 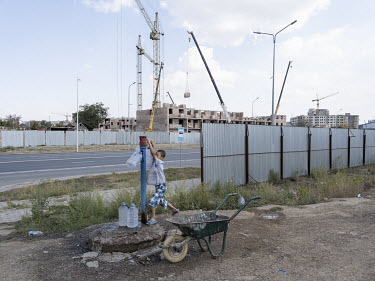 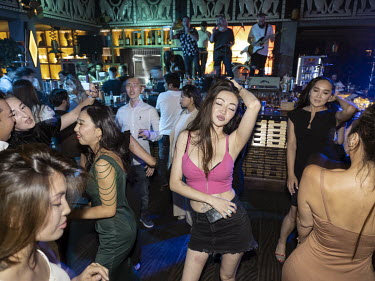 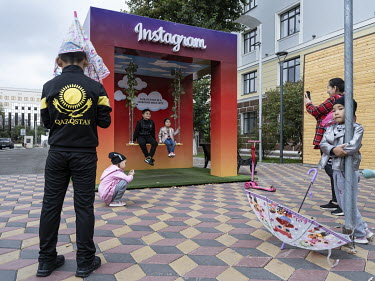 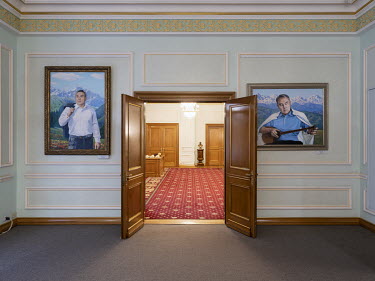 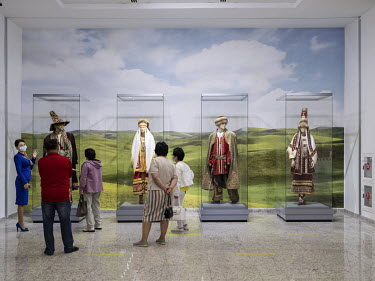 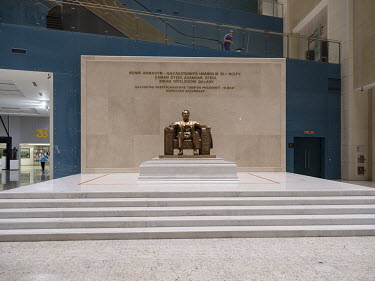 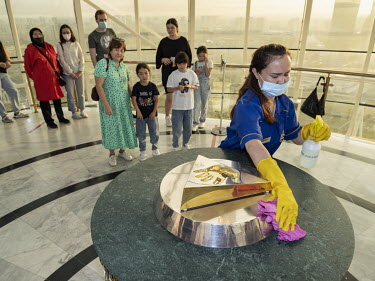 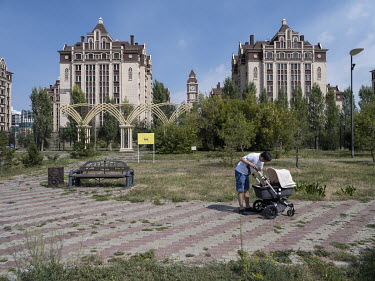 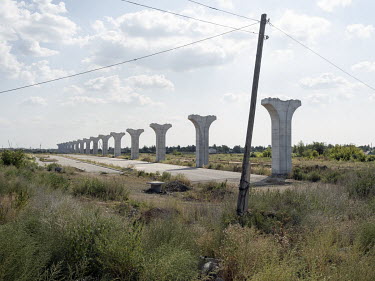