By the mid 1960s, Charlie Chaplin - the man George Bernard Shaw called 'the only genius to come out of the movie industry' - was well into the twilight of his 75 year career. Having directed, produced, acted, edited and written sound scores for hundreds of films going back to 1914, Charlie Chaplin was a world-wide superstar. But it wasn't until 1966 that a young Ashok S. Aswani, now an Ayurvedic practitioner form the town of Adipur in Gujarat, first laid eyes on the man that was to become his hero.


Ashok was cycling to his job as a typist when he saw a poster for the film The Gold Rush - the film that Chaplin himself said he would most like to be remembered for. 'I was wonderstruck. I found his dress and look fascinating. How does the man bend his legs like that?'. Ashok got off his bike and gaped at the poster for 10 minutes. He forgot about his job, bought a ticket and went in. 'A whole new world of cinema opened up for me. The music, the technique, the photography was all so different! And I thought, is Chaplin an actor or a magician? I fell off my seat laughing in the darkness.' That day, Mr Aswani watched all four showings of The Gold Rush. He was fired later that day. 'I lost my job, but I gained Chaplin.'Returning to Adipur in 1973, Dr. Aswani formed the Charlie Circle, a society dedicated to the appreciation of Charlie Chaplin. He became an Ayurvedic practitioner, handing out free Chaplin DVDs to patients as part of his holistic remedies.


Over time the Charlie circle has grown. More than 100 people gathered in 2010 for the most recent celebration of Charlie Chaplin's birthday, even though temperatures in Gujarat rose to over 46 degrees. There were girls and boys, men and women, all parading through the streets of Adipur dressed up like Chaplin's legendary tramp character - toothbrush moustache, bowler hat, scruffy black suit, cane and that familiar gait, so lovingly taught to members of the Circle by Dr. Aswani.


Every day members of the Charlie Circle meet at a photo shop to discuss Chaplin and watch his movies. Dr. Aswani also teaches members how to act and walk like Charlie, all under the watchful gaze of a life-size Charlie Chaplin cutout. 'When Chaplin died in 1977, I was devastated. I wept like a kid. I feel he should still be alive. He was the greatest man on the Earth. He was a good musician, good director, good editor, good actor, good writer, good mime artist," Dr. Aswani says.


Mrs. Aswani says how people refer to her husband simply as 'The Charlie doctor'. 'He loves Charlie, he gets up and it's all Charlie. He never tries to be Charlie. It's just in him.' 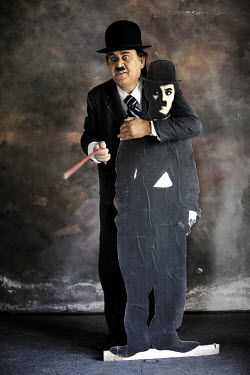 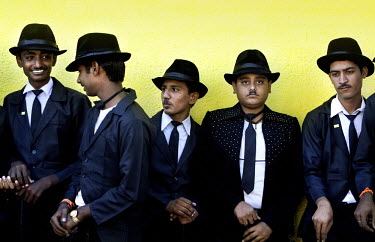 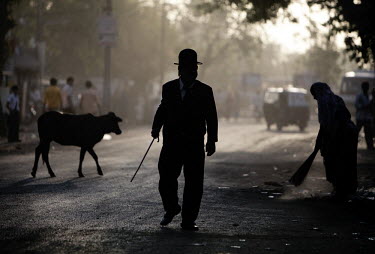 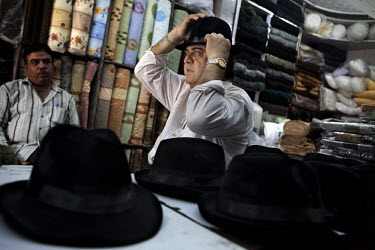 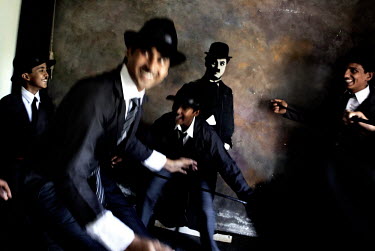 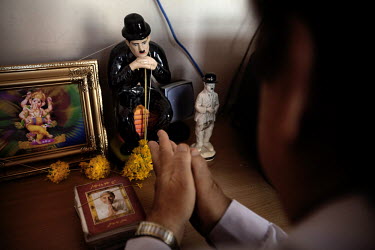 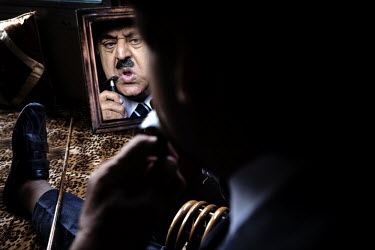 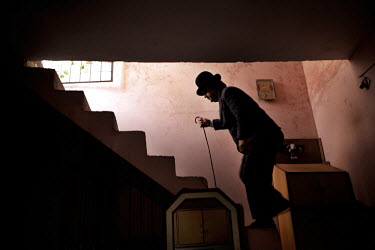 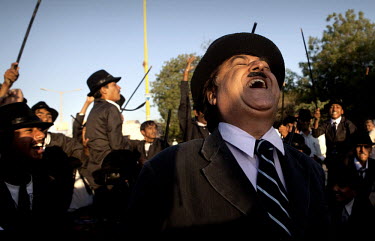 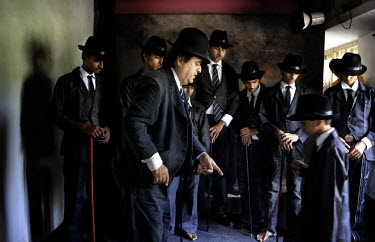 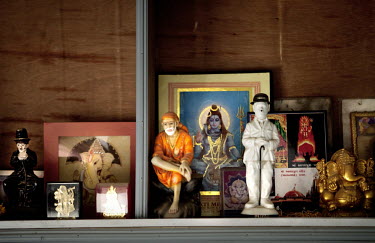 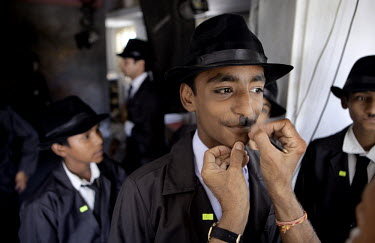 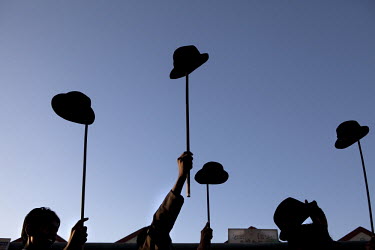 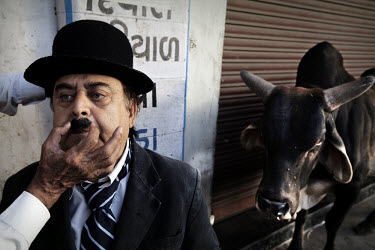 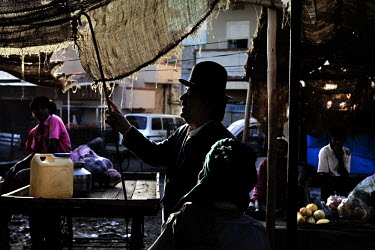 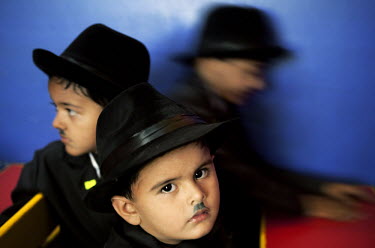 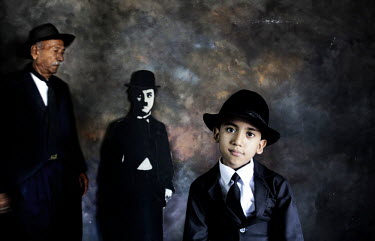 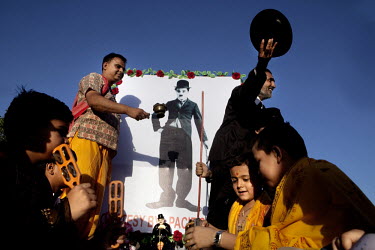 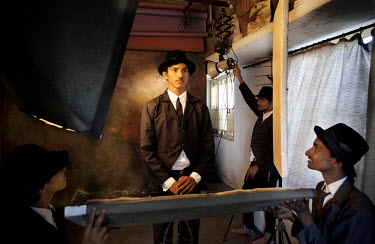 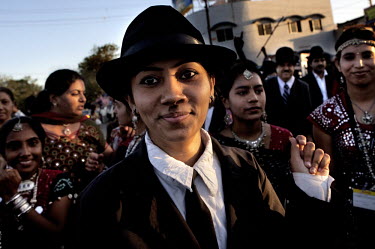 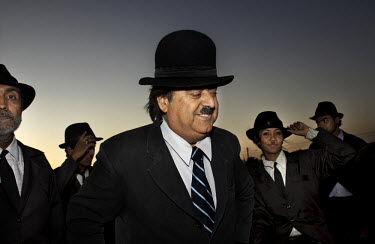 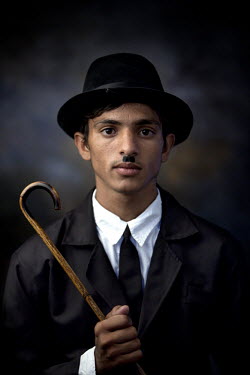 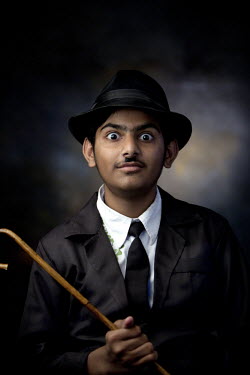 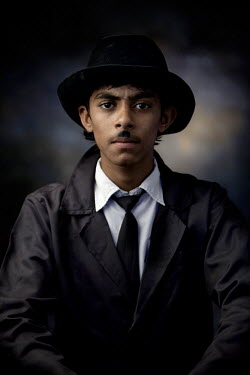 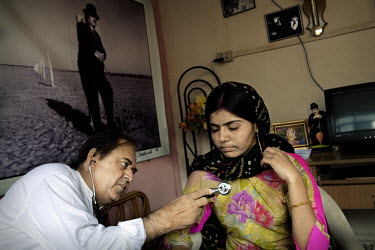 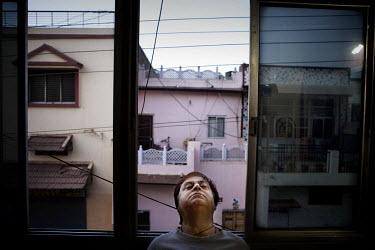 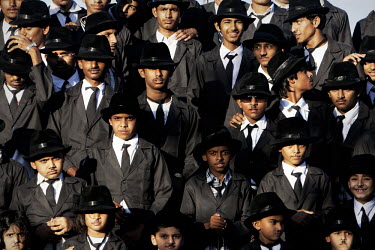 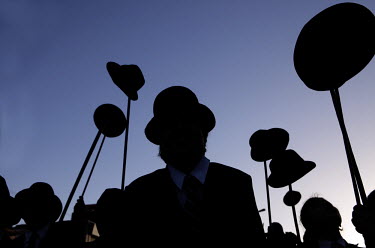