Almost a fifth of China is desert and the deserts have been encroaching on farmland, towns and villages at a rate of almost 2,500 square kilometres per year, making vast tracts of the interior unusable and uninhabitable. Vast sandstorms regularly engulfed major cities like Beijing and the regions of Tianjin and Hebei province. The Communist Party realised the severity of the problem back in the late 1970s and in 1978, the same year Deng Xiaoping started to deregulate and open the country's economy, it decided to launch the 'Green Great Wall'. A project to rival the other Great Wall in scope and ambition, it envisaged the planting of hundreds of millions of trees and shrubs in areas threatened by desertification in an arch some 4,800 km long to stabilise the ground and halt the advance of the sands. In the early 2000s, the combined factors of climate change and huge population growth in some of the most arid regions reinforced the need for drastic action. The Party has now set itself a goal of planting 88 million acres of trees by the year 2050, reclaiming vast tracts of land from the clutches of ecological disaster.

Nowhere are these efforts more visible than in Duolun County on the border between Hebei Province and Inner Mongolia. By 2000 some 87% of the county had been turned into desert by a burgeoning population and a six fold increase in livestock. If official statistics are to be believed, the campaign has been an impressive success, with some 31% of the county now consisting of forests. To help realise such a gargantuan effort, the Party decided to harness market forces, partially privatising the afforestation efforts or promoting tree planting by paying locals to do the planting and leasing private land for new tracts of forest.

In the case of Duolun County, one entrepreneur has done more than most to drive the 'Green Great Wall' project ahead. Wang Wenbiao, born into a sheep herding family in the Kubuqi desert, got his break when he was appointed to run a salt factory in the Kubuqi desert in the late 1980s.

Realising that the lack of roads between the factory and the local railway station were adding unnecessary costs to salt extraction he decided to built direct roads through the desert which were reinforced with trees and shrubs on either side to stabilise the sands.

The salt business boomed and the company, Elion Resources Group, decided to rebrand itself as an eco-friendly enterprise, promoting tourism to the region and taking on around a third of the local 'Green Great Wall' project. To date it has planted some 6,000 square kilometres of forest in the Kubuqi desert and is contributing to the afforestation in the area northwest of Beijing which will be hosting the 2022 Winter Olympics.

Yet while it may seem like China has found a way to literally grow its way out of an impending ecological emergency, some scientists doubt the official figures and the programme's efficacy. According to Cao Shixiong, a professor at Minzu University in China, over four fifth of the trees that have been planted since 1978 have not made it, succumbing to the heat, the lack of water and pests.

Another major worry for skeptical researchers is that the planting of trees and shrubs on a massive scale in a region already bereft of water could cause the subterranean acquirers to be depleted even further.

In addition to the as yet unknown ecological legacy of the project, it has had a profound impact on the lives of local people, many hundreds of thousands of whom are farmers and livestock herders. Across Inner Mongolia, over 600,000 people have been forcibly removed from their farms and villages to make way for vast afforestation zones. Most have been moved into newly built villages consisting of identical concrete dwellings in the middle of the arid countryside. While some continue to breed animals, they now have to buy their feed instead of taking their herds out to graze. Many complain of having been promised compensation for the loss of their land which never materialised.

Panos photographer Ian Teh travelled with Vince Beiser to Duolun County and the Kubuqi and Tengger deserts to get a sense of the reality and consequences of one of the largest eco-engineering projects in the world. 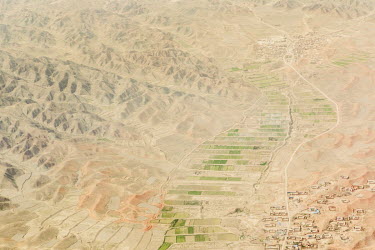 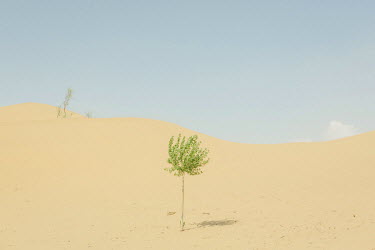 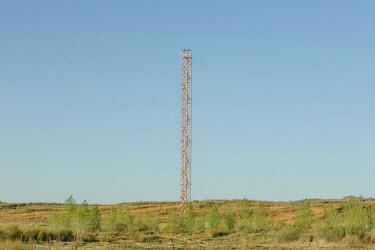 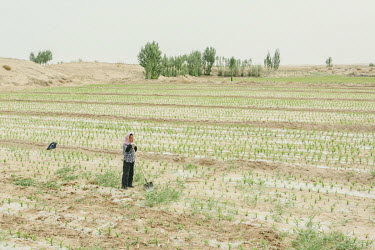 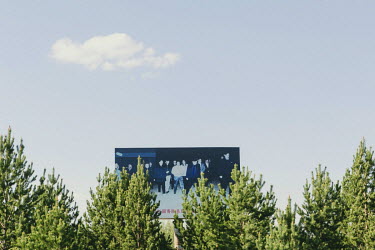 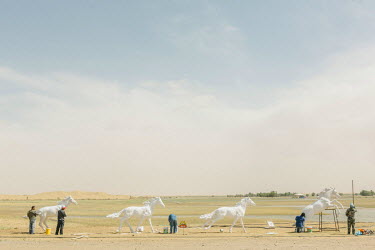 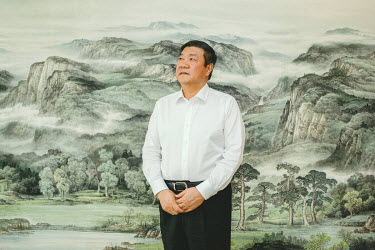 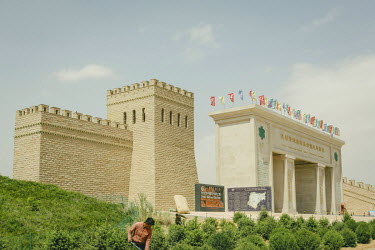 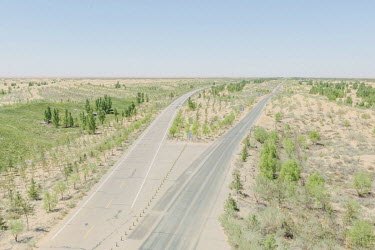 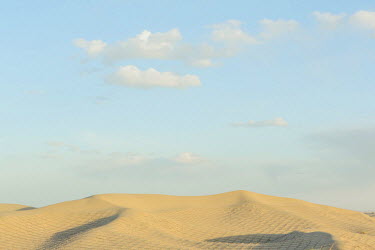 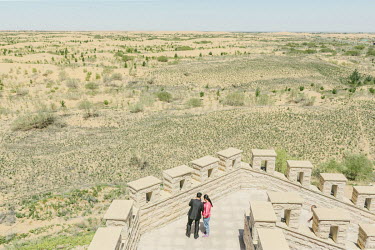 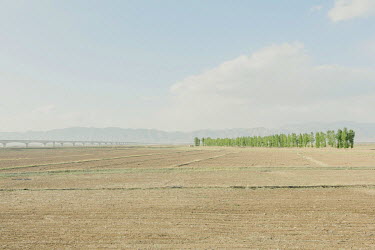 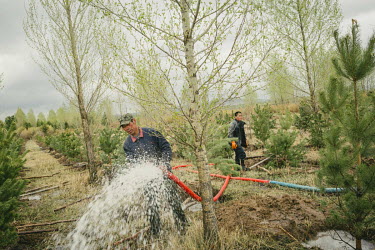 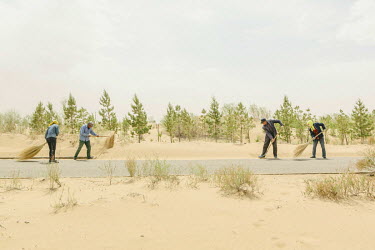 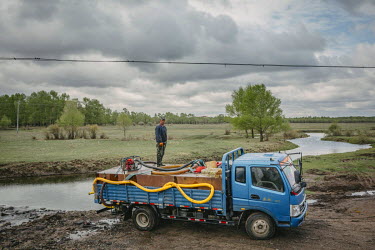 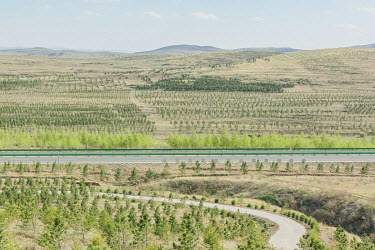 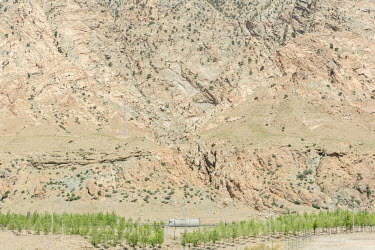 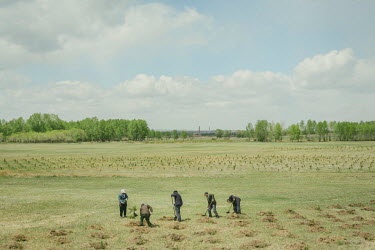 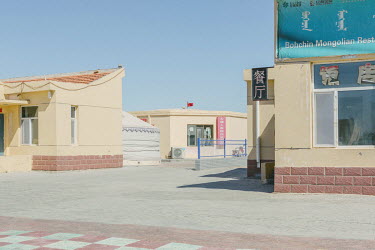 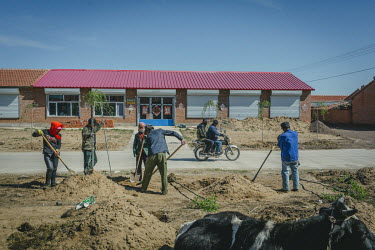 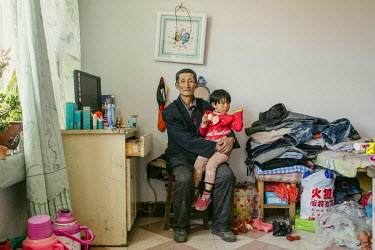 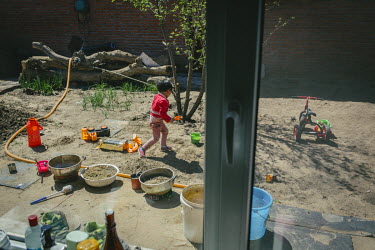 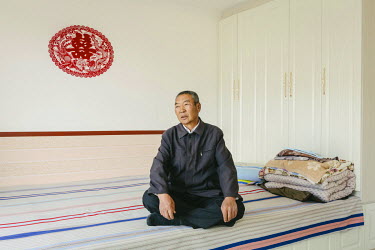 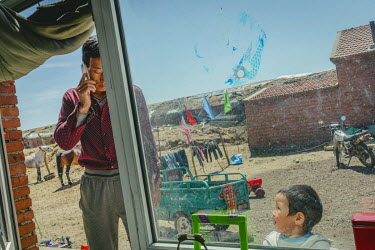 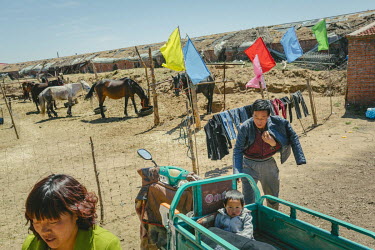 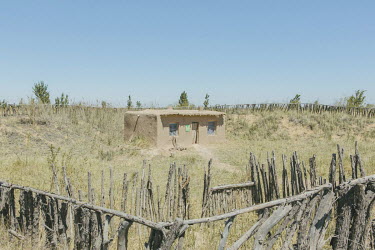 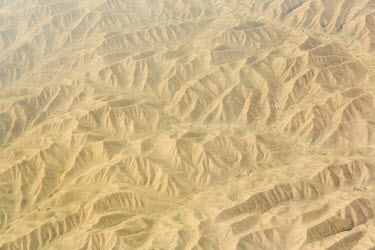