In winter thick ice covers the lakes around Oslo. In March 2009, a hardy group including some of the world's best freedivers carved a hole in the ice and dived deep into the freezing waters below.

The Oslo Ice Challenge was the first officially recognised competition to be held in such conditions. The setting was the 52 metre deep Lutvann lake on the outskirts of the Norwegian capital.

Through a three metre by three metre wide hole in the thick ice, the contestants lowered themselves into the dark, still water - which offered no more than two or three degrees of warmth. On land the weather was even less welcoming. It was snowing densely throughout the weekend and temperatures were barely above freezing. 'This is insane!' exclaimed Elisabeth Kristoffersen, the only female contestant, when emerging from the flimsy changing tent clad only in a bikini and a skintight wetsuit. But the smile on her face when putting on the fins and preparing to enter the freezing water betrayed that she was excited to compete, despite the cold. Two of her fellow competitors even braved the water wearing nothing but their Speedos. 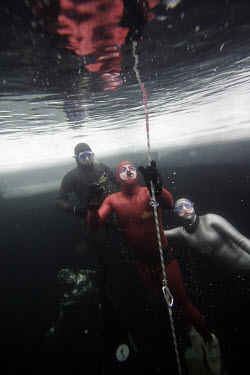 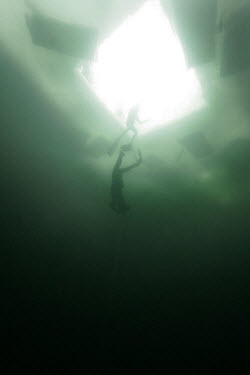 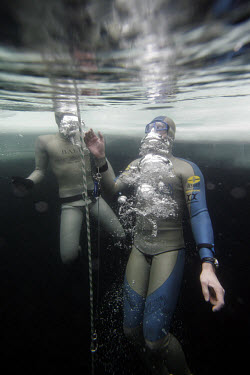 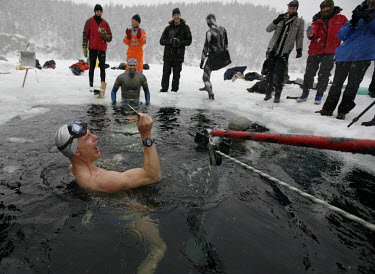 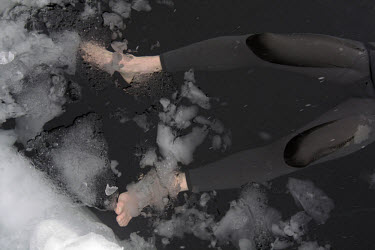 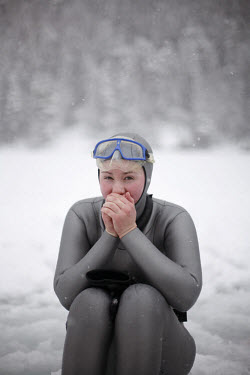 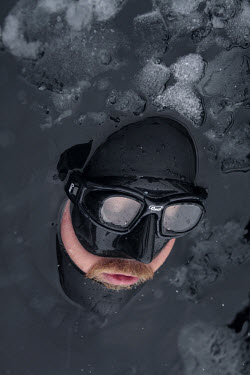 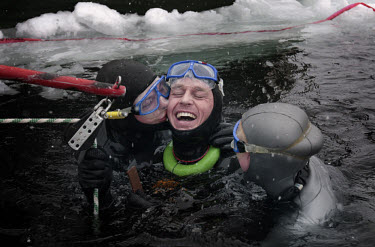 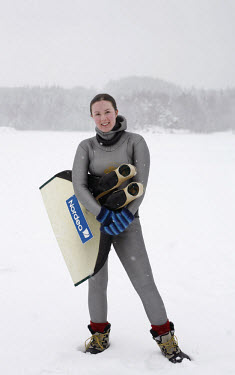 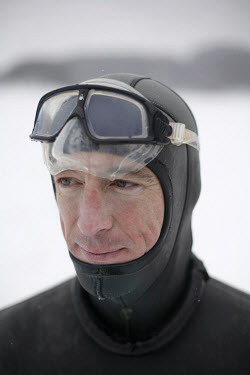 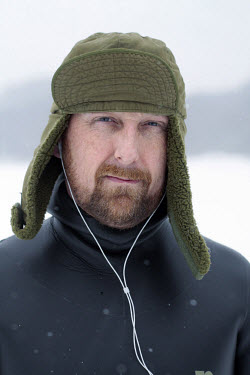 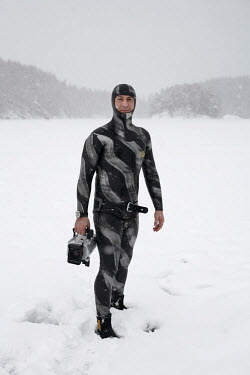 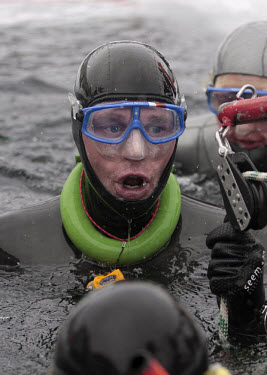 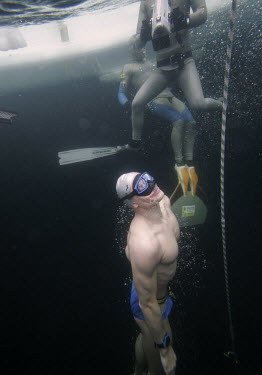 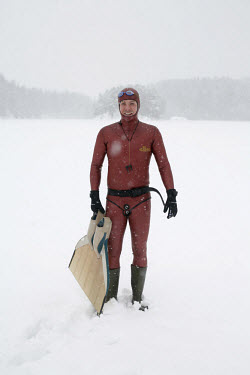 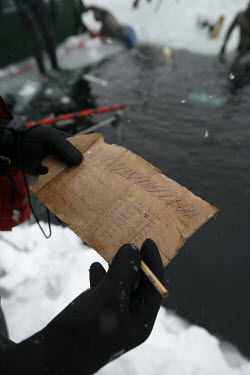 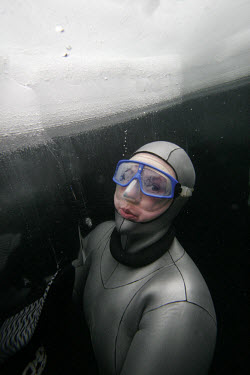 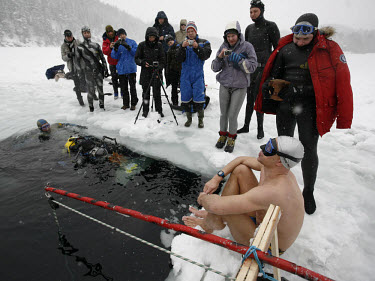 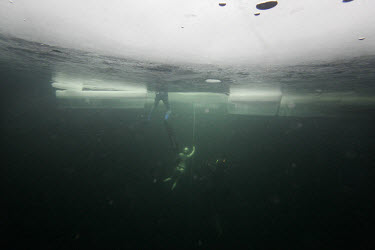 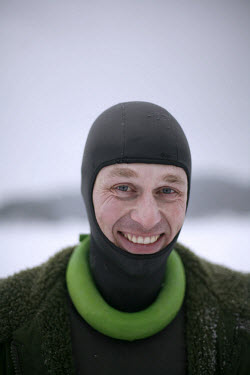 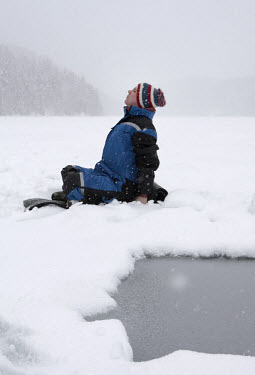 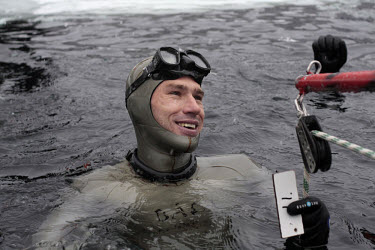 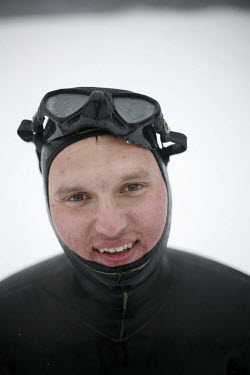 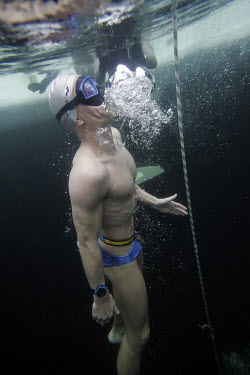