The 53rd Vuelta a Colombia took place against a backdrop of civil war and violence. The bicycle race is guarded along its entire route by heavily armed Colombian soldiers as it crosses provinces controlled variously by the Revolutionary Army of Colombia (FARC), the National Liberation Army (ELN) and the Paramilitaries (AUC). The constant military presence failed to prevent the kidnapping of one competitor who was lucky to escape a few days later. As if that wasn't challenging enough the cylists face climbs which are steeper and higher than any on the Tour de France.

The 2003 Tour slogan came tinged with irony - 'Viva Colombia - travel through your country' - a dangerous undertaking for any citizen in a country where the levels of kidnapping and extra judicial killing are the highest in the world. 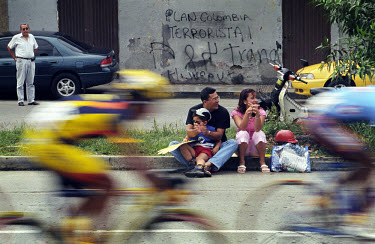 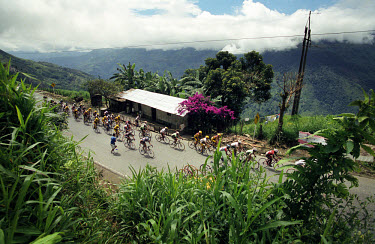 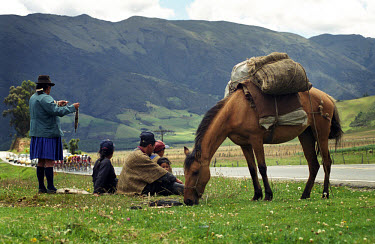 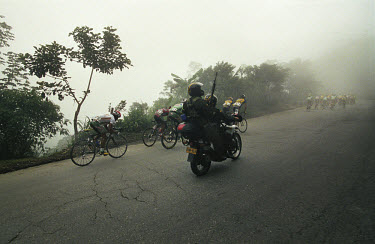 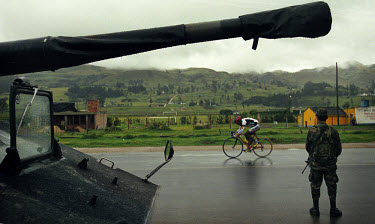 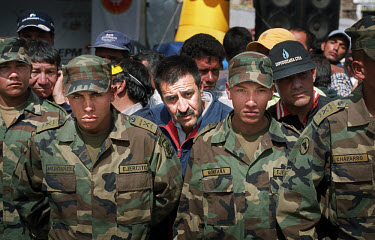 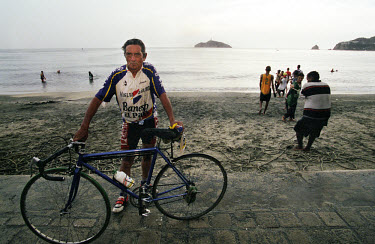 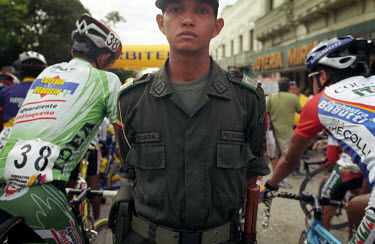 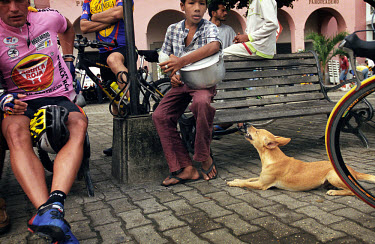 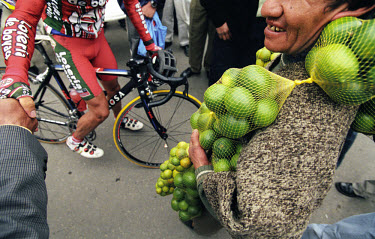 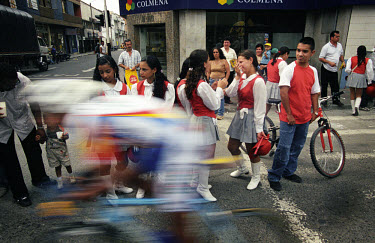 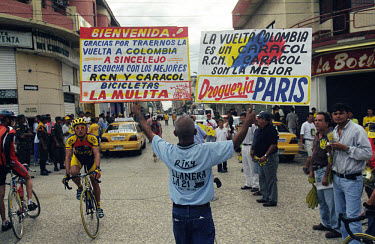 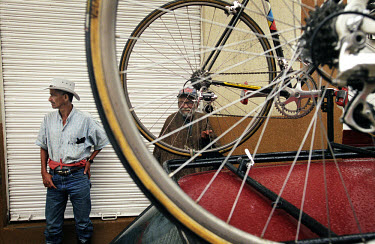 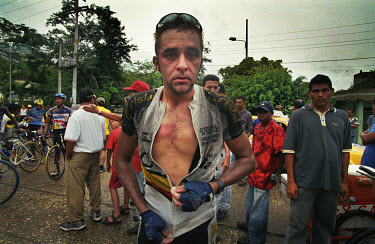 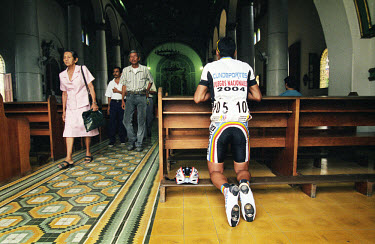 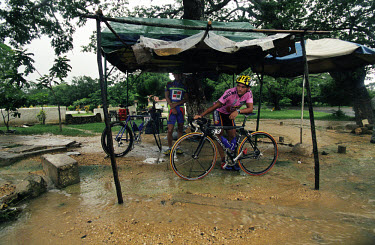 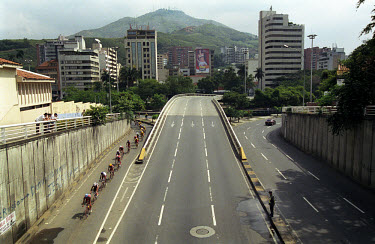 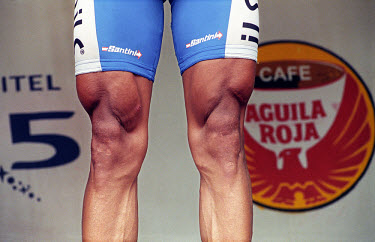 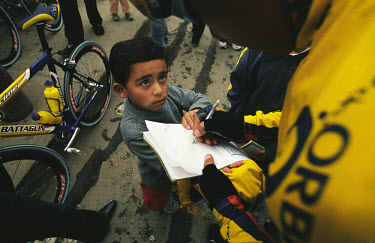