Exploring the mysterious, watery world hidden beneath
London's bridges and quays, Crispin Hughes has captured the unseen world between the
tides – an empty, wild place in the heart of London. The images, each taking in 360 degrees, capture the play of
shadow and light, the massive drowned structures
revealed by the ebbing tide and a sense of expectation
and foreboding that the river carries with it.

Crispin Hughes says, "The Thames in central London has
a seven metre tidal range and it is in the enclosed spaces
flooded alternately with light and with water that I have
concentrated my attention. Most of these places were not
designed to be seen by the general public at all and are
often an amalgam of very ancient timbers and modern
steel and concrete. Thousands of people walk about above
them every day not knowing that beneath their feet is a
strange amphibious architecture, which I find very beautiful
and evocative.

"I have sequenced the pictures to draw the viewer in
from exteriors in which parts of central London are
recognisable, to private rather feral interior spaces.
While taking the pictures I was constantly aware of the
tide rising around me. Many of the pictures have a blank
screen or stage-like area at their centre as though a drama
is about to be enacted. Returning after the rise and fall of
the tide everything would be subtly re-arranged.

"For decades Londoners turned their backs on the river
as something finished with by trade and industry and no
longer of any use. Recently it has been re-discovered by
tourists, commuters and party boats using the new river
services. Buildings are now constructed to face onto it
rather than away from it, but looking out across the river
we miss what is nearest to us.

"Unlike the coal mines, the river cannot simply be turned
into a theme park of its historical self. Only a few metres
away from the City's offices, the currents surge up and
down and there is the ever-increasing danger of flooding as
well as the river's continuing association with catastrophe,
murder and suicide. The inter-tidal area is still a deserted,
untamed place."

David Spence, Director of the Museum in Docklands adds,
"For hundreds of years the river Thames was London's
highway, connecting it to the wider world. Without it London
would never have grown into the city it is today. Its
economic importance is matched by its ability to inspire
generations of artists and writers, from Canaletto to
Dickens. Crispin's work in Unquiet Thames fits very well
with the Museum in Docklands as they both reflect a
hidden yet fascinating portrait of the river that flows
through our city."

Prints of the images can be purchased from Crispin Hughes. 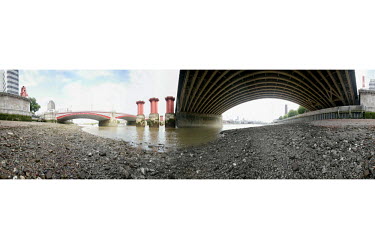 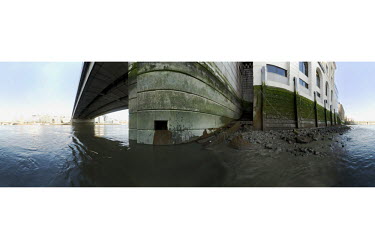 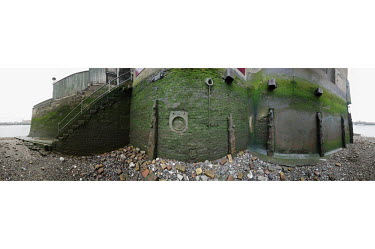 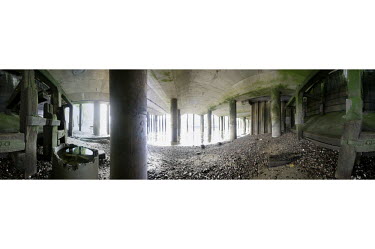 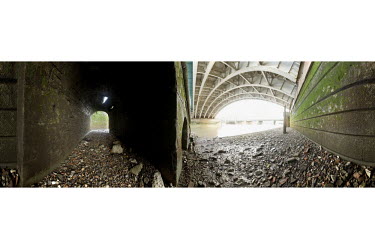 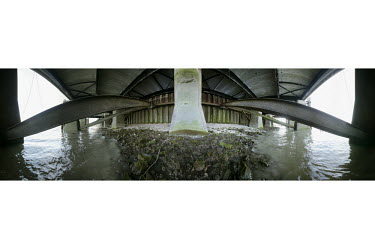 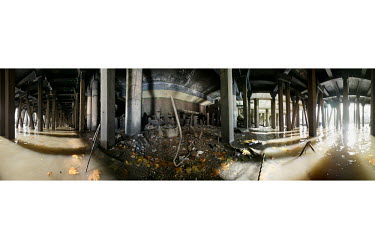 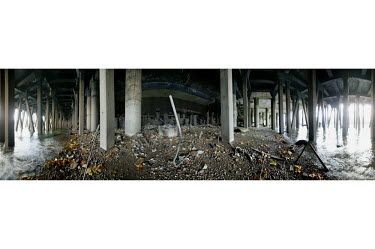 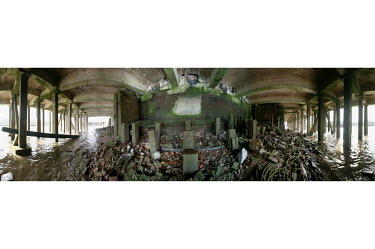 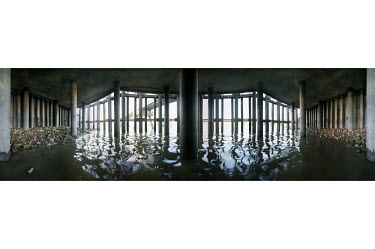 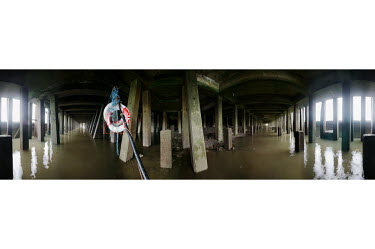 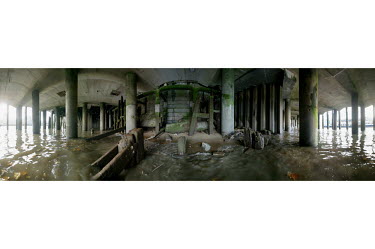 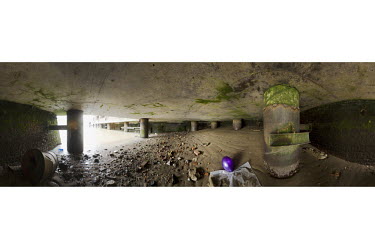 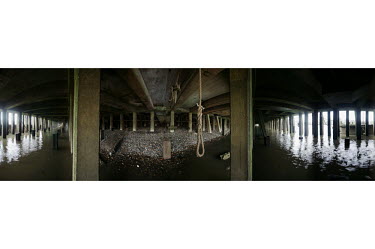 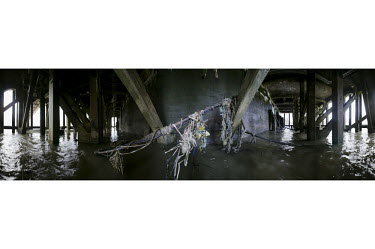 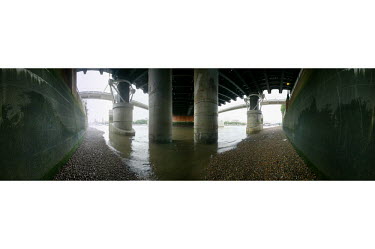 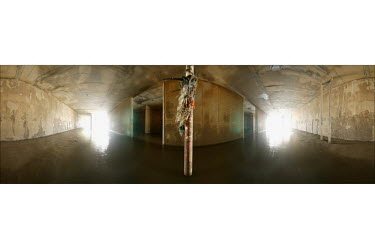 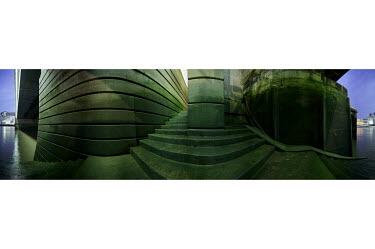