When the earth shook

On 25 April 2015 a devastating earthquake measuring 7.8 on the Richter scale struck Nepal, killing over 8,000 people and injuring almost twice that number, destroying or damaging more than 700,000 houses, and displacing 2.8 million people. The following day I travelled to Nepal with a team from Oxfam GB to cover their emergency response work: providing clean drinking water to temporary field hospitals and thousands of people who were seeking shelter in IDP camps, the building of emergency latrines, and the distribution of sanitation kits to help prevent the outbreak of infectious diseases. Vital work that continues today. Through this work I met Anu Shrestra (24) who lives with her mother, daughter, husband and 15 other people in a tarpaulin shelter amongst potato fields in Sankhu, about an hour's drive from the capital Kathamandu. Walking through the streets of Sankhu's old bazaar district, where 90% of the buildings, made of mud bricks in traditional Newari style, have collapsed or been severely damaged, feels like walking through an area recently bombed. After visiting the remains of her home and returning to the potato field, a full moon rising serenely over the nearby hills, Anu said: 'Everybody knows what it feels like when your shelter suddenly vanishes.' But do we? We can imagine. When a disaster like this strikes, lives are put on hold. Schools close and learning stops. Marriages get postponed. People with injuries need time to recover. Plans for the future are rethought in light of the absence of a house to live in. In the worst affected districts of Gorkha and Sindhupalchowk, the United Nations reports that 90% of buildings are destroyed.

The people I met and photographed for this series have experienced a terrible calamity. They have responded with bravery, resilience and determination not to let circumstances overwhelm them. Despite being deeply traumatised, they are getting back to work in their fields - 'If I don't work hard now there will be no food to eat' - building the best structures they can in light of the fast approaching monsoon season, and trying to restore some normality to their lives. A group of youngsters have moved their computers to an open shed and restarted broadcasting their radio programmes above the town of Chautara in Sindhupalchowk, one of the worst affected areas. An administrative worker has salvaged a desk from the collapsed District Development Committee building and now mans the phone from a tent opposite. A nurse's children practice their ABCs in the shelter their parents built amongst hundreds of other displaced people next to the temporary field hospital she works in.

Ultimately, people's concerns are our concerns too. Rama Manandhar, who has taken shelter with her children under tarpaulin against the side of a bus said: 'Every night I think about how I'm going to accommodate my two young daughters who are growing up now. And my nine year old son.'

The United Nations reports that 8 million people are affected across Nepal and that 3 million are facing food shortages. On 12 May a second major earthquake struck, measuring 7.4 on the Richter scale, which was followed throughout the day by major aftershocks. Over a hundred more people were killed and thousands injured once again. There will be more people like Anu and Rama, faced with one of life's greatest challenges: what do you do when your shelter suddenly vanishes?

When the earth shook 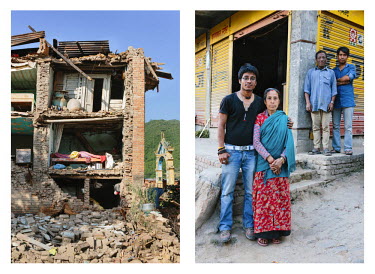 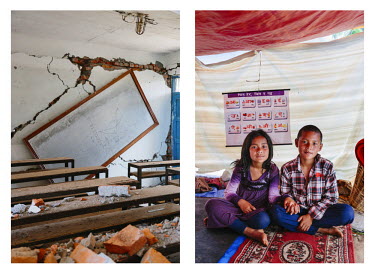 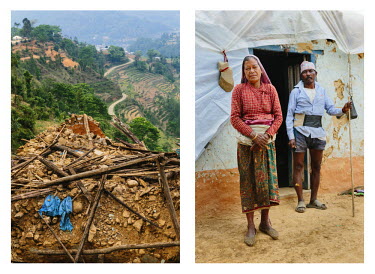 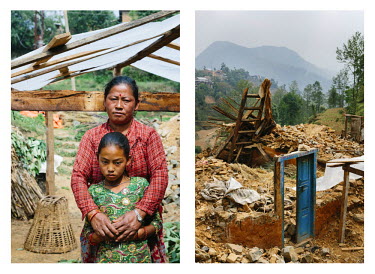 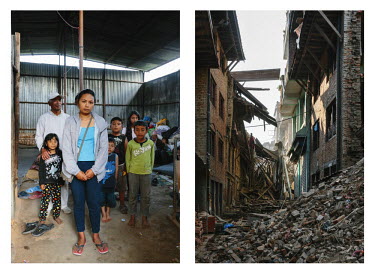 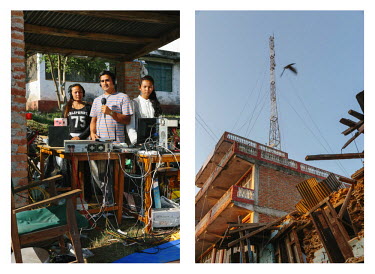 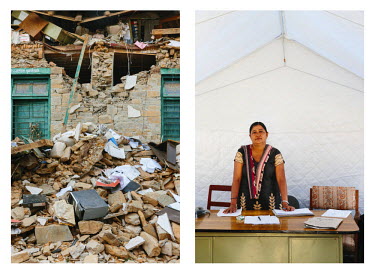 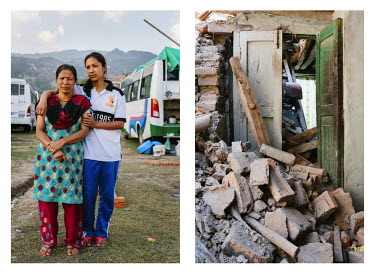 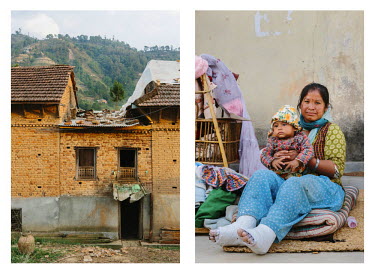 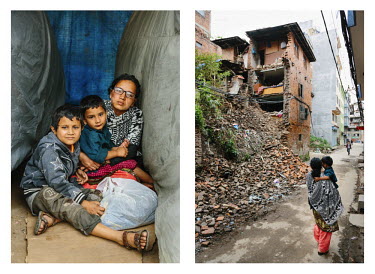 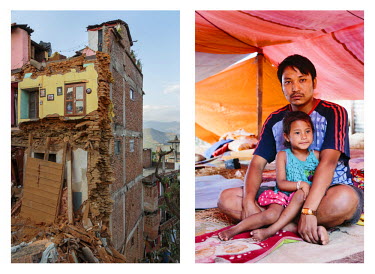 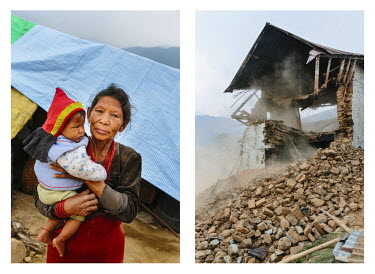 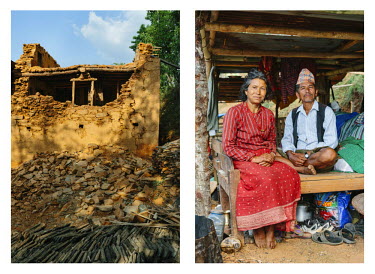 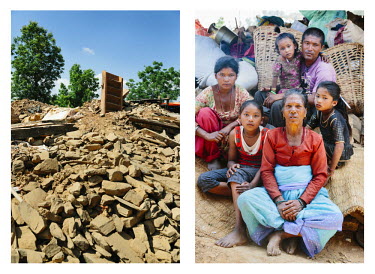 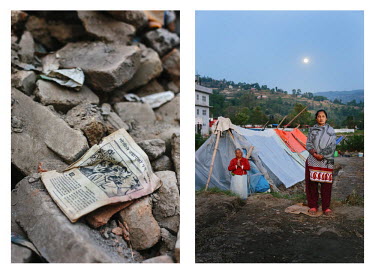 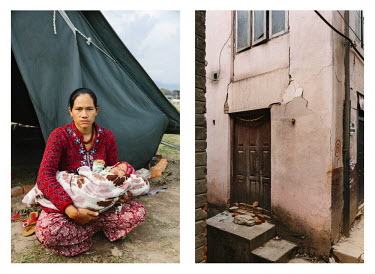 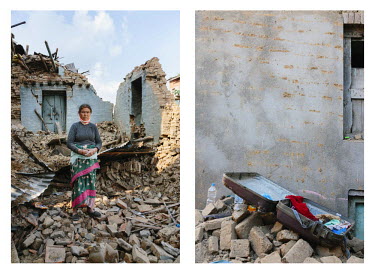 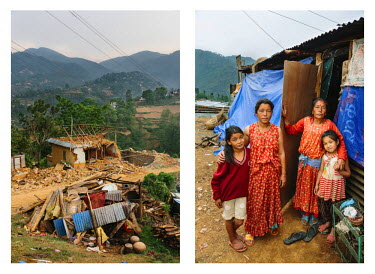 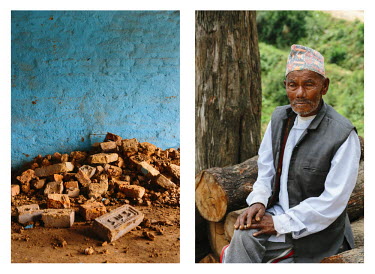