I'm in Nikolai Smetanin's office where he is talking me through a series of photographs of mangled reindeer carcasses. Nikolai is the head of Yakutia's government-run hunting department. With a landmass comparable to India, Yakutia is by far the largest non-nation state in the world. Life here revolves around reindeer, staying warm and diamonds. In 2013 Yakutia's president Yegor Borisov announced a 'state of emergency', calling for international support and setting in motion a bounty system that has grown into the largest organised wolf hunt in history. Wolves are decimating reindeer herds, with 12,000 reindeer killed last year at a cost of 3 million euros to government caravans and indigenous cooperatives. Exploding wolf populations are pushing indigenous people into poverty and exacerbating the breakdown of communities. Nikolai has arranged for me to visit Ion Maksimovic, the region's most celebrated wolf hunter who killed 23 wolves last year. After we leave Yakutsk we stop at Khatystyr, a small Evenki town where the annual reindeer festival is taking place. Before and after the reindeer races I keep on hearing the same story - about people losing entire herds to packs of wolves and wolves coming into settlements to kill horses.

The next morning we swap to snowmobiles to make our way to Ion's winter camp. The landscape is eerily still and stark. Ion's cabin is exactly what you might imagine —nestled by a frozen river, plumes of smoke billowing from a hole in the roof. Ion wasn't always a wolf hunter. He used to hunt sable, which was a much easier way to make a living but since 2013 he has switched to full-time wolf hunting. The money is good but for Ion there's a definite sense of working for his people and protecting a way of life.

A few days into our stay we find the carcass of an elk. Ion's territory is littered with perfectly preserved animal carcasses. Wolves will make a kill and come back to continue eating for weeks or even months. When the wolves return Ion has the best chance of catching them.

Science tells us that wolves are predators like any other but in Yakutia wolf hunting is steeped in superstition. Hunters never visit the same trap twice in one day, never urinate in the direction they're travelling and, most importantly, they always make the kill. Back in Yakutsk, Nikolai had shown me photographs of a recent incident where a wolf chased a herd of 100 reindeer off a cliff. The fall killed them all instantly. Observers said the wolf just looked down from the cliff, stared the herder in the eye and turned back to the forest.

A few days later we we track a wolf from the site of a trap along a scarlet trail of blood in the snow. When we find it Ion lifts his rifle and shoots. The wolf collapses against a tree. Yegor, his companion, clamps a stick between its teeth, ties a rope around the muzzle, and drags it back to the sled.

Back at Ion's hut, the wolf thaws out by the fire overnight, oozing blood and a smell like wet carpet. In the morning it is hung from a tree and flayed. He stores the skin with the others he has stockpiled, and a few days later we travel together back to Yakutsk.

Ion tells me he doesn't much like being in the city. The only reason we're here is to drop off his skins at the government-run Sakha Bult Factory. Ion gets $400 per wolf skin and a ticket for an extra $400 from the provincial government. It's not as much as it sounds once you factor in fuel, snowmobile upkeep and ammunition but it'll see him through another season. The significance of the wolf species has been split so many ways by the prism of human culture that politicians, reindeer herders, fashionistas and hunters all see a different side of the wolf. And as pack numbers continue to grow, the Evenki must fight back to preserve their way of life on Yakutia's unforgiving tundra. But one day wolves too may need preserving too. 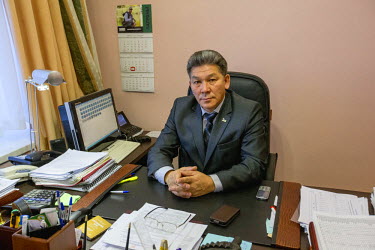 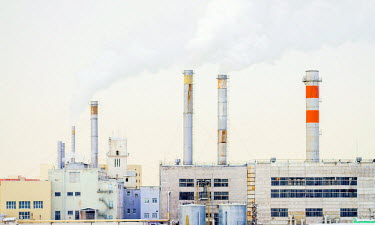 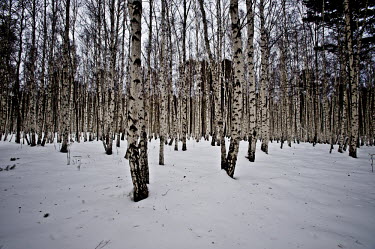 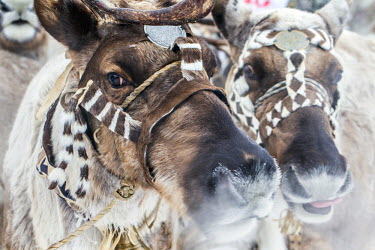 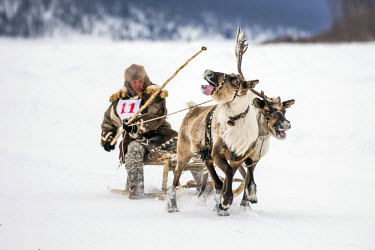 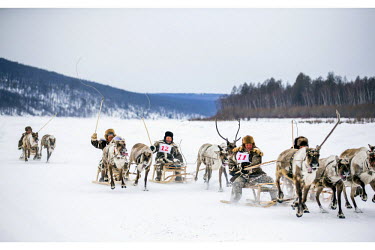 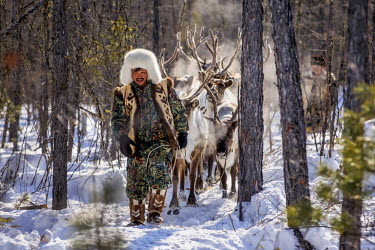 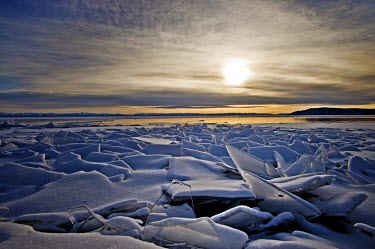 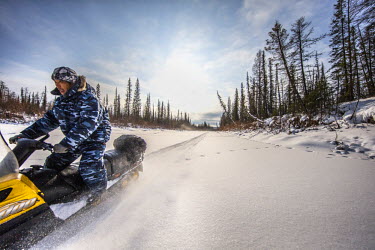 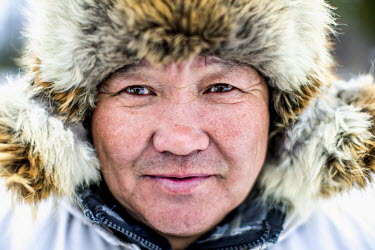 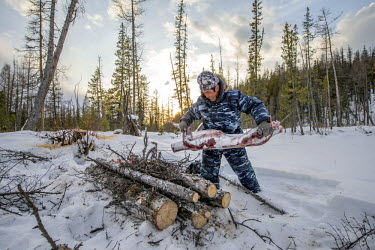 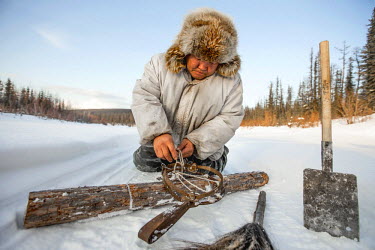 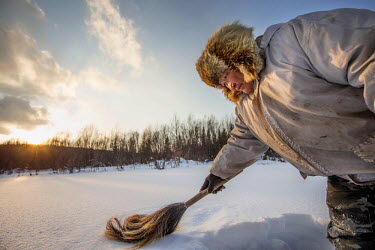 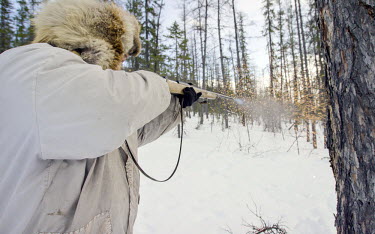 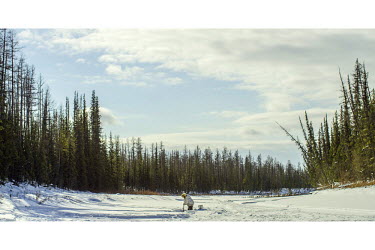 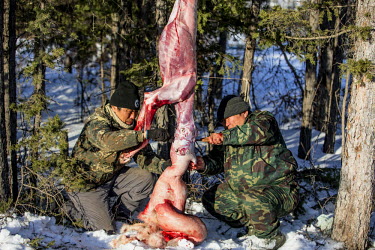 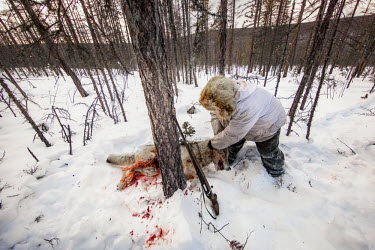 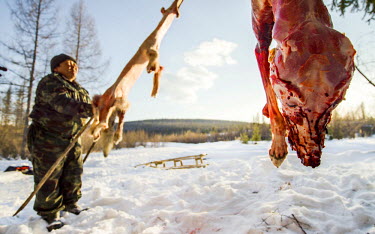 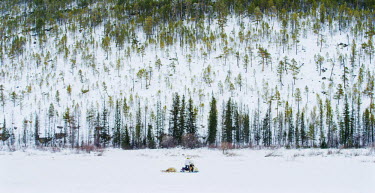 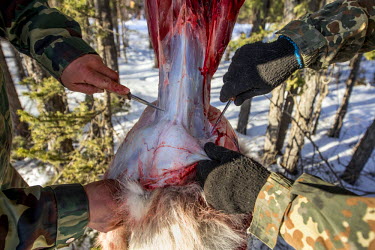 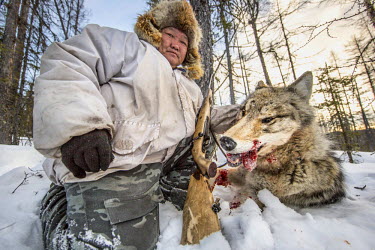 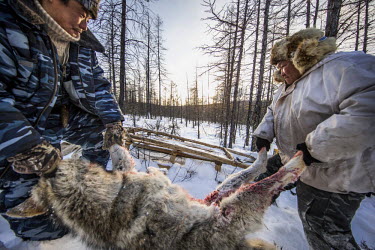 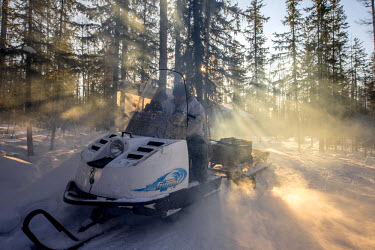 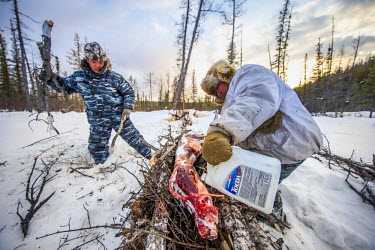 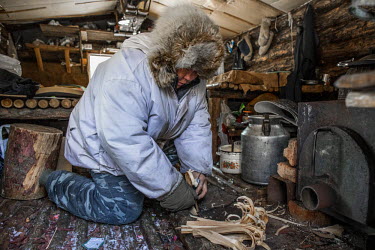 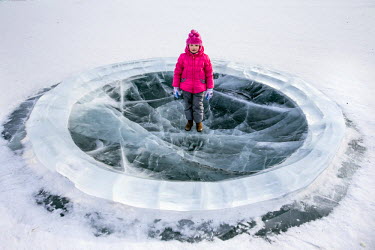 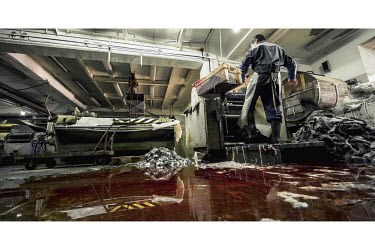 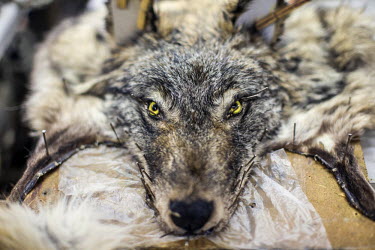 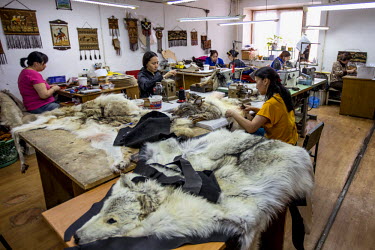